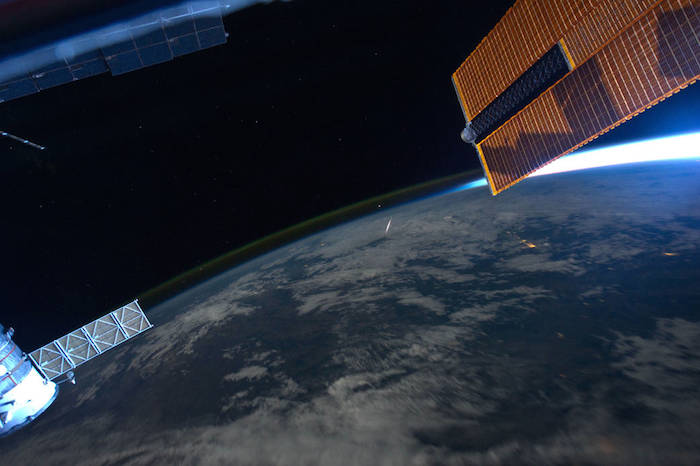 Astronaut Ron Garan, Expedition 28 flight engineer, tweeted this image from the International Space Station in August, 2011 with the following caption: “What a `Shooting Star’ looks like from space, taken yesterday during Perseid Meteor Shower.”.
Credits: NASA
.
Meteor Investigation Makes a Quick Recovery
Spares are a good idea in many situations. Spare tires, batteries and keys come to mind. Turns out they can be helpful in space-based research as well.
When the third Orbital Cygnus mission to the International Space Station suffered a catastrophic anomaly moments after launch on Oct. 28, research and supplies lost included the Meteor investigation. Scientists were sending up a special camera to record meteor showers for two years in order to learn more about the composition and behavior of asteroids and comets that cross paths with Earth. But almost immediately, those scientists were back at work, preparing to send the investigation to the station on the SpaceX-7 launch, currently scheduled for June 28.
“One of the first questions NASA asked was how quickly we thought we could get spares ready for re-launch if we had the opportunity,” says Michael Fortenberry, principal investigator for Meteor and an engineer with Southwest Research Institute. “Within the next month or so, we were tentatively slated for the SpaceX-7 launch, which was a little over 6 months away.”
Thanks to the existence of a spare camera and power box, that quick turn-around was possible and preparing for re-flight proved easier than creating a brand-new investigation. Researchers replaced some equipment, such as custom cables and the commercial hard drives used to store images. They also thoroughly tested all equipment, including conducting acoustic checks to ensure none of it made too much noise and vibration checks to make sure equipment will survive the launch. In all, Fortenberry says, the process involved about a quarter of the verifications and proofs done the first time around.
The spare-no-longer camera should be installed in the station’s Window Observational Research Facility (WORF) before the end of July. This window was designed to support the use of high-resolution cameras and produce high-quality images from inside the station rather than outside, where instruments face the vacuum and extreme temperatures of space. Images taken from the station are not affected by weather or interference from Earth’s atmosphere and the camera can observe for longer periods of time and across a broader viewing field than is possible on Earth.
“We’re excited about getting into the WORF in time to watch the Perseids meteor shower in August,” Fortenberry says. “Despite the delay, we haven’t missed any meteor showers that don’t occur every year.”
The camera is programmed to record known major meteor showers during its two-year orbit and could spot unpredicted showers as well. Recordings stored on hard drives will be returned to ground on supply vehicles as space allows.
One thing is missing on the re-flight: a shutter actuation system that would allow operators on the ground to open and close the shutter that protects the WORF window. That means that now space station crew will have to open and close the protective cover, an activity that must be scheduled along with the many other tasks the crew perform.
“We might not get as much time to take images as we would have with the window actuator,” Fortenberry explains. “It would be easier with the actuator, especially on the crew. But we will still get really good science.” That science will provide insight on how meteors have affected our planet and help protect spacecraft and Earth from potential collisions with space debris.
All thanks to those spares.
. 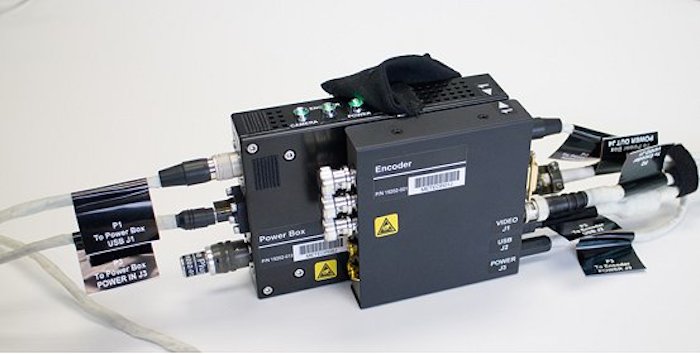 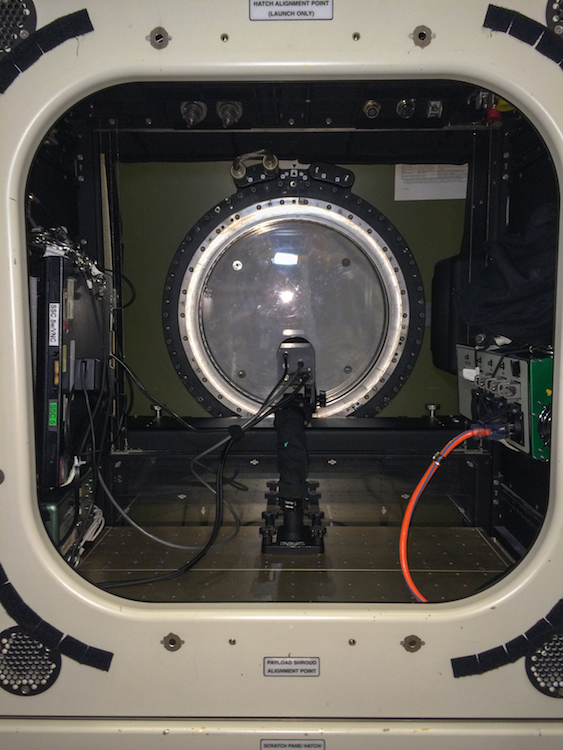