Mysterious radio wave flashes from far outside the galaxy are proving tough for astronomers to explain. Is it pulsars? A spy satellite? Or an alien message?
BURSTS of radio waves flashing across the sky seem to follow a mathematical pattern. If the pattern is real, either some strange celestial physics is going on, or the bursts are artificial, produced by human – or alien – technology.
Telescopes have been picking up so-called fast radio bursts (FRBs) since 2001. They last just a few milliseconds and erupt with about as much energy as the sun releases in a month. Ten have been detected so far, most recently in 2014, when the Parkes Telescope in New South Wales, Australia, caught a burst in action for the first time. The others were found by sifting through data after the bursts had arrived at Earth. No one knows what causes them, but the brevity of the bursts means their source has to be small – hundreds of kilometres across at most – so they can't be from ordinary stars. And they seem to come from far outside the galaxy.
The weird part is that they all fit a pattern that doesn't match what we know about cosmic physics.
. 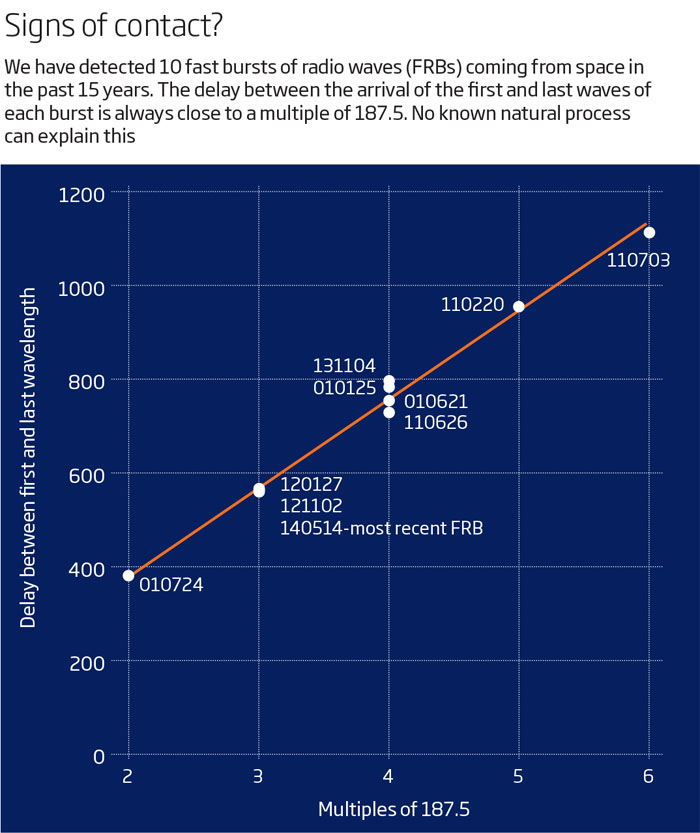