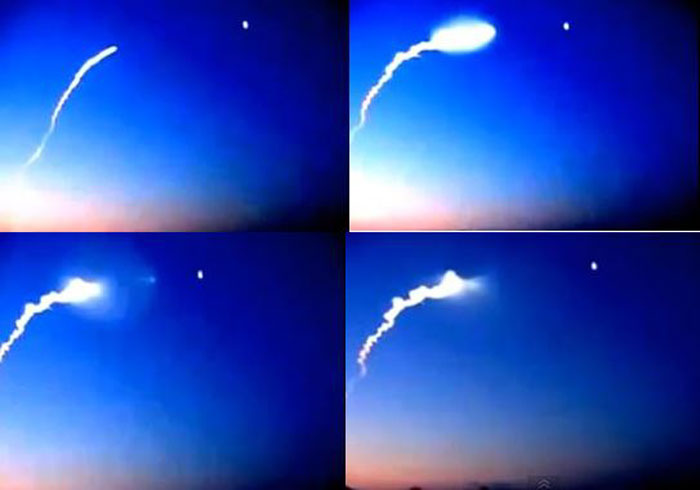 Aliens have never tried to invade from space: Japan’s defense minister
Alien spaceships have never entered Japanese airspace, the country’s defense chief told the Diet on Thursday, amid questioning about the threat from space aliens.
Defense Minister Gen Nakatani said the nation’s warplanes can be scrambled whenever there is a report of an unidentified flying object. But, he said, jets have so far encountered no UFOs from space.

“When the Air Self Defense Force detects indications of an unidentified flying object that could violate our country’s airspace, it scrambles fighter jets if necessary and makes visual observation,” he said.
“They sometimes find birds or flying objects other than aircraft but I don’t know of a case of finding an unidentified flying object believed to have come over from anywhere other than Earth,” he said.
Nakatani, a sober politician with a reputation for thorough understanding of his brief, was responding to a question from flamboyant wrestler-turned-lawmaker Antonio Inoki.
At a meeting Wednesday of the Upper House Budget Committee, Inoki had asked if aircraft were dispatched to meet extraterrestrial visitors and “whether studies are going on.”
Inoki, known for his outsized chin and trademark red scarf, said he did not know whether or not aliens existed, but he had once seen a mysterious flying object rocket into the air on the horizon and disappear.
Wednesday’s exchange was not the first official Japanese pronouncement on space aliens and their aircraft.
A 2007 statement said the government “has not confirmed the existence of unidentified flying objects believed to have come from anywhere other than Earth.”
But the statement, formally endorsed at a Cabinet meeting, prompted a surprise rebuttal from the top government spokesman. “Personally, I absolutely believe they exist,” said Nobutaka Machimura, chief cabinet secretary at the time.
The defense minister of the day, Shigeru Ishiba, also said that in his personal opinion there were “no grounds” to deny the existence of UFOs controlled by alien life-forms.
Quelle: The Japan Times
UFO-Forschung aus dem Weltraum einzudringen!
« Zum vorherigen Eintrag Zum nächsten Eintrag »
2790 Views
Created with page4