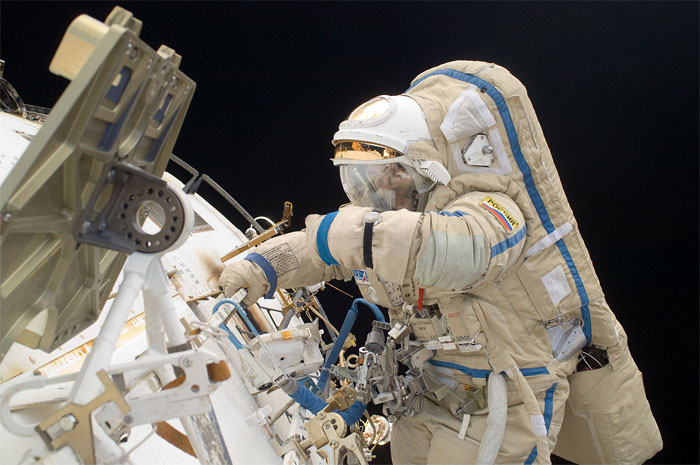 Moscow will consider a request for a Guatemalan cosmonaut to be trained in Russia, Russian Foreign Minister Sergei Lavrov said Thursday.
"We have received a request to consider whether a Guatemalan cosmonaut could be sent to a training center in Russia. Of course, we will consider this request," Lavrov said at a joint press conference with his Guatemalan counterpart Carlos Morales.
The request has been addressed to the Russian Federal Space Agency, which will consider it alongside other countries participating in the International Space Station project, Lavrov added.
Morales added that he hopes that the first Guatemalan cosmonaut will go into space thanks to the Russian Cosmonaut Training Center.
The Gagarin Research and Test Cosmonaut Training Center, located in Star City in Moscow region, provides cosmonaut training as well as post-flight rehabilitation programs for cosmonauts.
Quelle: SD
Statement by Foreign Minister Sergey Lavrov at a joint news conference with Guatemalan Foreign Minister Carlos Raúl Morales, Guatemala, March 26, 2015
.
Thank you very much, my dear colleague and friend.
I am very pleased to be in Guatemala again. This is a special city for the people of Russia. It was here that the International Olympic Committee announced its decision in 2007 to hold the 22nd Winter Olympic Games in Sochi in 2014. This decision and the Games have become yet another symbol of the friendship between our countries moving forward.
Our bilateral relations are on the upswing: we maintain a very good, trust-based political dialogue; we have bright prospects in trade, and investment is growing substantially. Last year Jorge Briz, president of the Guatemalan Chamber of Commerce visited Russia and met with our business community. These contacts should be continued because it is direct ties between the business communities of the two countries that create the best prospects.
We are encouraging contacts between our parliaments. This year a delegation of the Federation Council will visit Guatemala. We are also interested in developing cultural contacts and are looking forward to the visit of the Rector of San Carlos University to Russia.
We are grateful to our Guatemalan friends for supporting the opening of the Russian Language Centre in Guatemala last year. As my colleague said, we are interested in more Guatemalans coming to study in Russia and are ready to increase the number of scholarships. We are pleased to see that our Guatemalan colleagues are actively taking advantage of the opportunity for additional training of law-enforcement officers. I’m referring to the courses offered in the Russian Federation and also in Nicaragua where a regional training centre is being established for police and security officers and employees of agencies that combat illegal drug trafficking.
As my colleague said, we’ve received a request to accept a Guatemalan cosmonaut in the Russian Training Centre. Of course, we’ll consider this request. It is addressed to Roscosmos (the Russian Federal Space Agency), which will review it with other countries participating in the International Space Station project.
We are pleased with our cooperation on international issues, including our joint actions in the United Nations where Guatemala supports many Russian initiatives. We are most grateful to Guatemala for actively supporting our aspiration to bolster relations with the Central American Integration System (SICA) and the Community of Latin American and Caribbean States (CELAC). Today the Guatemala-chaired SICA and Russia will make an important joint statement registering the start of the review of our request for the status of extra-regional observer in SICA.
In 2015 it will be 70 years since the establishment of diplomatic relations between our countries. Naturally, we’ll celebrate this anniversary both in Guatemala and Moscow. However, the first bilateral contacts took place much earlier. In 1880 outstanding Guatemalan politician Justo Rufino Barrios sent a letter to Russian Emperor Alexander II informing him about his election as president of Guatemala and expressing a desire to establish contacts with the Russian Empire. A month or a month and a half later, Alexander II sent a reply to Guatemala in which he fully supported the aspiration to develop relations. I’m confident that the current generation of politicians will preserve and enhance these good historical traditions of friendly, mutually advantageous ties.
I’d like to thank President of Guatemala Otto Fernando Pérez for the opportunity to meet, and my colleague Carlos Raúl Morales for his hospitality. I’d like to invite Mr Morales to visit the Russian Federation at his convenience.
Quelle: THE MINISTRY OF FOREIGN AFFAIRS OF THE RUSSIAN FEDERATION
Raumfahrt
« Zum vorherigen Eintrag Zum nächsten Eintrag »
2810 Views
Created with page4