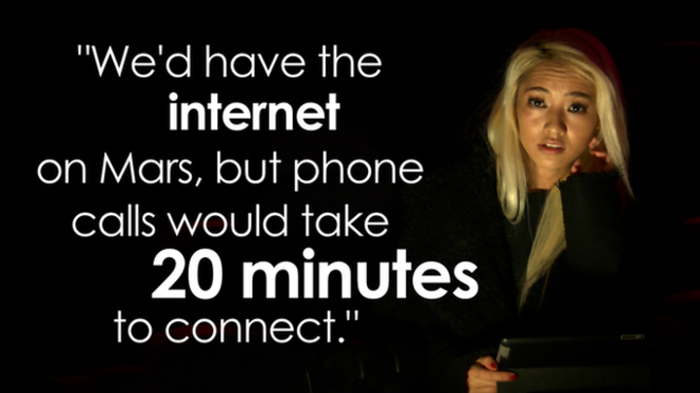 Five British candidates have made it through to the last 100 in the running for a one-way trip to Mars.
They'll now be tested to see how they'll cope on the red planet, before the final 40 are chosen.
Maggie Lieu, a 24-year-old from Coventry is one of the finalists.
"I'm overwhelmed with the excitement. Now that I've actually got there I'm even more determined to be the first person on Mars," she told Newsbeat.
The mission aims to send teams of four to the red planet every two years from 2025, until 40 people are living there.
The Dutch project is privately funded and needs to raise around £4bn to send up the first group. So far it's raised around £500,000 (so it's 1/8000th of the way there).
It's one of several projects aiming to put the first humans on Mars, but this one plans to let a reality TV show decide who goes and broadcast life on Mars.
Maggie, why on earth (ha) wouldn't you be able to come back?
"If we were to come back it would cost a lot more money.
"You'd have to transport a lot more fuel and there's nowhere to launch rockets from on Mars.
"There are also health risks with coming back to earth because the long term effects of the low gravity on Mars will affect our bone density and muscles.
"Astronauts who go to the International Space Station are pretty much disabled when they come back, they have to learn to walk again.
"It might be that our bones are so brittle, that just the impact of landing on earth would crush our bodies."
Wouldn't you miss your family and friends?
"It's true I'll never be able to see my family and friends ever again in person, but I'll be able to see their pictures, I'll still have access to the internet.
"I can write emails home and talk as humans do all over the world.
"That'll be good enough for me because the people I'd go to Mars with I'd have spent 10 years with.
"That's pretty much half my life so far so they'll pretty much be my new family and friends."
. 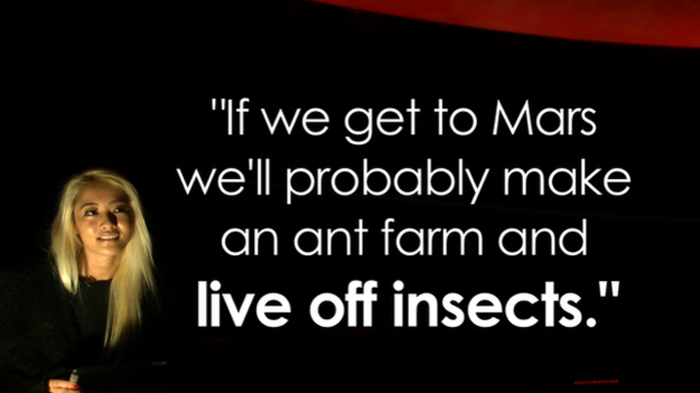 What do they make of it all?
"At first they thought I was crazy and didn't really believe it was true.
"Now they're a little bit scared. Everyone keeps telling me "don't go getting selected".
"My mum still doesn't think it's real, she keeps joking with me saying: "When are you going to move out? When you go can I have all your money?"
"If I really did go I think my mum would be quite upset.
"She's only got one daughter, but I did go away to university for a whole year and it wasn't that bad because I called home every day."
Do you feel guilty?
"I do feel a little bit guilty because if I get selected I'll have the choice of whether to leave everything behind or not.
"That is kind of scary for me just having the choice.
"In some ways I think at least I've tried to go to Mars and if they don't select me at least I don't have to make the choice."
. 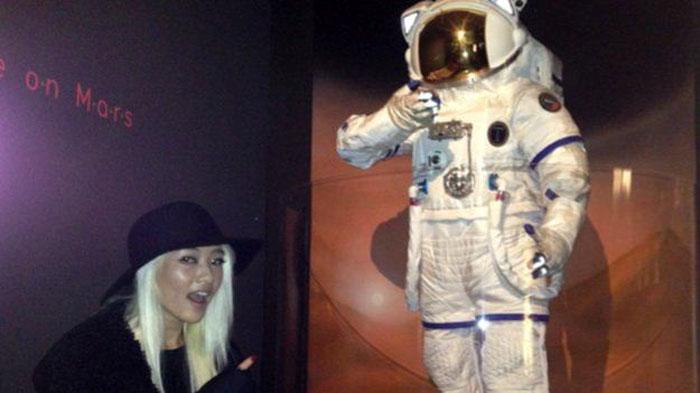 What if the internet breaks?
"That would be horrible.
"I won't be able to contact home or have any communications with earth, but hopefully we'd be able to repair it because we'll be trained up in every skill we need.
"We'll be trained electricians, doctors, plumbers, anything we need on earth."
Do you want to have a baby up there?
"I'm very open to having a baby on Mars. I think it would be really exciting to be the mother of the first ever baby born there.
"My baby could be the first ever Martian, we'd be the Adam and Eve of Mars.
"But I'm also pretty aware there are a lot of risks involved because you don't know what the gravitational effects are."
What are the biggest risks?
"One-in-three missions to Mars fail, so it's pretty likely the rocket would explode before we got there.
"Then there's no technology at the moment to vent the oxygen on Mars.
"So if we're producing loads of oxygen we have to maintain it to a suitable level, similar to earth.
"If we make too much we'll cause a huge hazard of fire."
. 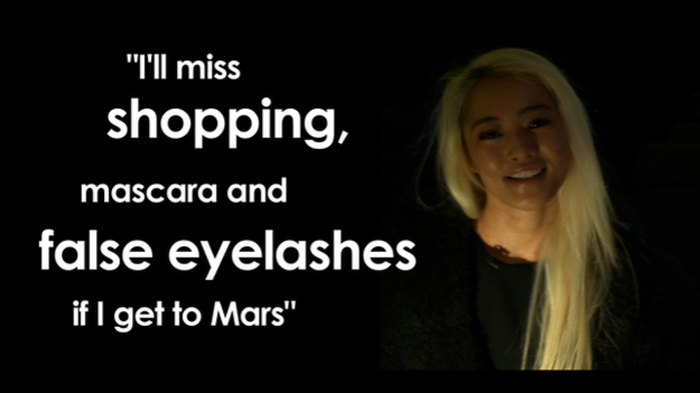 What would you live in, what would you wear, how would you keep clean?
"On the International Space Station they wear disposable clothes because there's no washing machine.
"When we leave we'll have to wear special masked suits that are pressurised and suitable for the temperatures (-60C).
"We'll spend our lives in inflatable domes with a bedroom, a living room, a workspace and a plant room where we'll grow our food.
"When we get to Mars there will be showers. We'll produce our own water from the soil.
"But the journey there is anything between six and nine months and during that time there are no showers. There's only very limited water so we'll have to use wet wipes for six to nine months. It's kind of gross."
What if you get a mega craving for a pack of crisps when you're there?
"We're going to grow our own food so it's going to be pretty much a vegan diet. Lettuce has been experimented on and grown on Mars.
"Potentially we could be eating insects because they've got high protein so we could take an ant farm or something and eat ants. I don't really crave much."
Is this mission REALLY going to happen?
"The project isn't fully funded yet. I think Mars One will definitely generate a lot of interest in humans going to Mars.
"Nasa and the European Space Agency have shown an interest in getting humans to go to Mars since this project started.
"So I think eventually someone will do it - whether it's Mars One is another question."
Quelle: BBC
Raumfahrt
2537 Views
Created with page4