A team of Indian engineers are in the running for sending the world's first inexpensive and private-sector powered spacecraft to the moon. The all Indian aerospace startup, Axiom Research Labs is in a global space race to the moon, competing with 17 other teams from across the world. However, they're pretty certain they'll be the first to land on the moon next year.
Dilip Chabria is one one of the 7 founders of Axiom Research Labs, and is pretty confident. “We can be the first, that’s why we are in this race,”  Their Team Indus is already prepped for landing on the moon, with a working moon rover that looks like WALL-E.
. 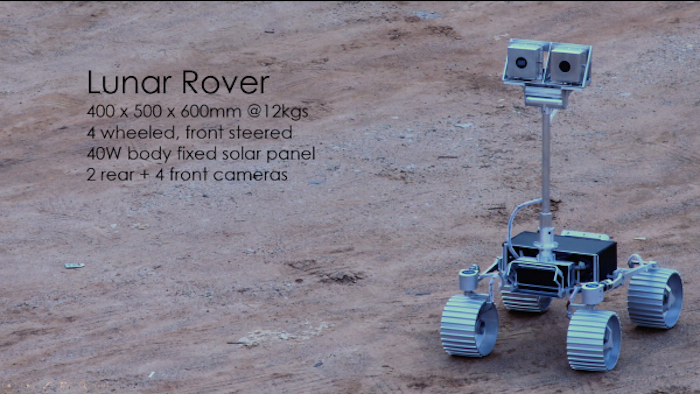 It's named 'Ek Choti Si Asha' (which translates to one small hope). The team includes both young space nerds and 12 retired ISRO scientists to advise them, and about 40 aviation engineers. They've received million dollar funding from Google's Lunar XPrize competition because their lunar landing gear is some of the sturdiest equipment seen. This gives them major strategic edge in the competition.
By the end of 2016, teams must send a spacecraft to the moon, release a robot to explore a minimum of 500 meters of the lunar surface, and send HD images to earth. Investors are chipping in for the $45 million needed to make their dream mission a reality. Axiom is also in another space race - to beat the Indian government's 2017 plan for a unmanned lunar landing mission. That means they'll be the first Indians for this "one giant step."
We Indians are pretty great at the whole space rocketry business - we've recently finished 100 days orbiting Mars with a $74 million budget. That's less than the budget of Hollywood space movie 'Gravity'.
Quelle: indiatimes
Raumfahrt
« Zum vorherigen Eintrag Zum nächsten Eintrag »
2562 Views
Created with page4