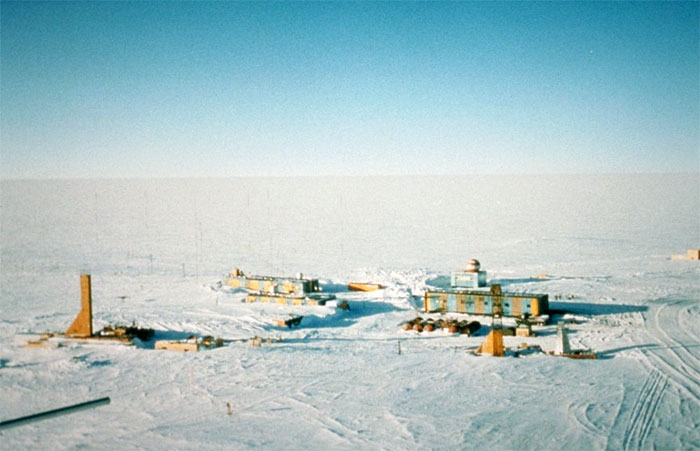 The laboratory, which is located inland near Russia's Vostok Station in Princess Elizabeth Land, Antarctic, will help scientists explore cosmic dust particles, the Russian online newspaper Gazeta.ru reported on Sunday.
Sergei Bulat of the St. Petersburg Institute of Nuclear Physics touted a sophisticated technology that he said is being used by the lab.
"No one has ever applied such a technology using the unique natural conditions of the Antarctic, which are similar to a sterile laboratory in that they are free from [the effects of] industrial production, densely populated areas and man-made pollution. Scientific research in an ordinary urban environment requires hefty sums for the construction of germ-free laboratories. In the Antarctic, nature gives us all we need for our work," Bulat said.
The research is aimed to help discover the chemical particles in cosmic dust, which is thought to have contributed to the appearance of life on Earth.
"The presence of the 'blocks of life' in extraterrestrial dust could confirm one of the theories on the origin of life on Earth, namely the so-called theory of panspermia.
According to the theory, life exists throughout the Universe, and is distributed by meteoroids, asteroids and comets, something that refutes another theory, that life originated spontaneously on our planet," Bulat added.
Quelle: SD
Astronomie
« Zum vorherigen Eintrag Zum nächsten Eintrag »
2636 Views
Created with page4