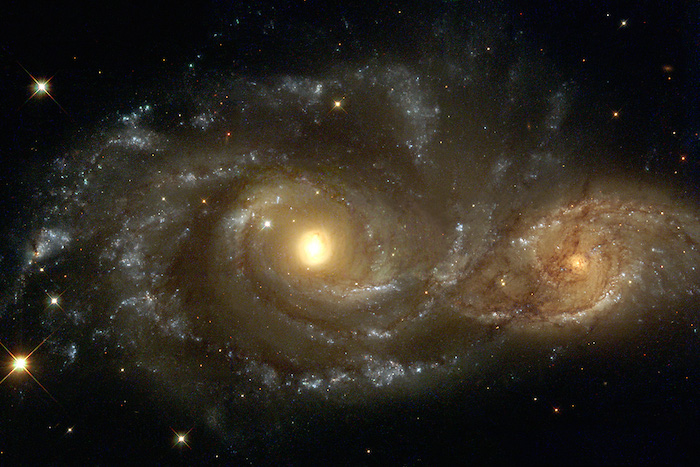 Separation of Church and Space?
Research by a political science professor shows opinions on space exploration are influenced by a person's religious beliefs.
Whether you believe the Philae probe's landing on a speeding comet is a monumental advance or a colossal waste might depend on your religion, according to a University of Dayton researcher.
Many in the space community see the landing as a critical step in colonizing the solar system, such as NASA Planetary Science Division Director Jim Green who said, "I truly believe that a single-planet species will not survive long. It's our destiny to move off this planet." (see CNET article)
Yet Evangelical Protestants are much surer Jesus will return in the next 40 years than that humans will make significant strides in space exploration, according to research by University of Dayton political science assistant professor Joshua Ambrosius.
"Evangelicals have been hesitant to recognize the discoveries of modern science — from evolutionary origins to climate change," Ambrosius said. "The data show that this overall attitude extends into space."
Ambrosius used data from the General Social Survey and three Pew surveys to compare knowledge, interest and support for space exploration among Catholics, Evangelicals, Mainline Protestants, Jews, Eastern religions and those with no religion.
He found Evangelicals, who account for one-quarter of the U.S. population, are the least knowledgeable, interested and supportive of space exploration, while Jews and members of Eastern traditions were most attentive and supportive.
He also found that while regular church attendance, along with other measures of traditional religious belief like a high view of the authority of the Bible and belief in creationism, exert a negative effect on support for space exploration, clergy support for science exerts a significant positive effect. Evangelicals in particular were twice as likely to recognize the benefits of space exploration if their pastors speak positively about science.
"Efforts to reach Evangelicals must go through the tradition's leadership," Ambrosius said.
But these leaders have to contend with oppositional voices like that of Ken Ham, fundamentalist founder of "Answers in Genesis" and the Creation Museum in Petersburg, Kentucky. Ham has made the argument that search for alien life and habitable planets is pointless because God uniquely created Earth and the life on it, and he has also said the search for alien life is "driven by man's rebellion against God."
Among Catholics, there is more openness to space exploration. The Rev. Jose Gabriel Funes, director of the Vatican Observatory, has said not believing aliens could exist would be "putting limits on the creative freedom of God."
"Within the broader Christian tradition, there are a variety of perspectives about space and extraterrestrial life," Ambrosius said. "The space community can have success with increased outreach to religious groups with the message that space exploration, for means of discovering life-bearing or sustaining planets or otherwise, does not conflict with their faith and is in their — and the entire human race's — best interest."
Ambrosius presented his research this month at the Society for the Scientific Study of Religion conference in Indianapolis.
Quelle: University of Dayton
Raumfahrt
« Zum vorherigen Eintrag Zum nächsten Eintrag »
2805 Views
Created with page4