The First Ever Photograph from Space 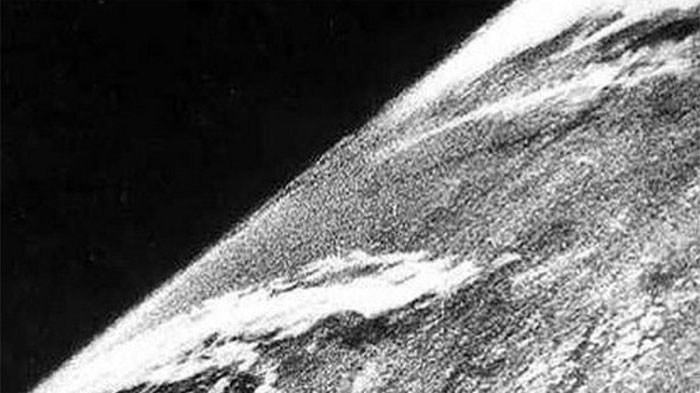 White Sands Missile Range—Applied Physics Laboratory
The earth as seen from a camera on V-2 rocket number 13, launched Oct. 24, 1946.
.
This is the first photo ever taken from space. Shot on October 24, 1946 from a cool 65 miles up, it was taken with a 35mm camera mounted on a V-2 missile launched from the White Sands Missile Range in New Mexico.
The pre-NASA picture might look a little grainy by today’s standards — but it was, and still is, revolutionary. All earlier shots of the planet were taken from high altitude balloons. Here was a never-before seen view: our world thrown into stark relief by space.
Though, it might come as a bit of a surprise to learn that the rocket carrying the camera was a Nazi weapon. Yes, V-2s were the Nazi ballistic missiles that rained destruction on London in 1944. Rockets that were, in turn, taken from Germany by the U.S. at the end of World War II. As if that wasn’t enough, one-time Nazi scientist Wernher von Braun – who part-developed the V-2 for Germany — was involved in the ongoing development and research of the rockets with American scientists.
. 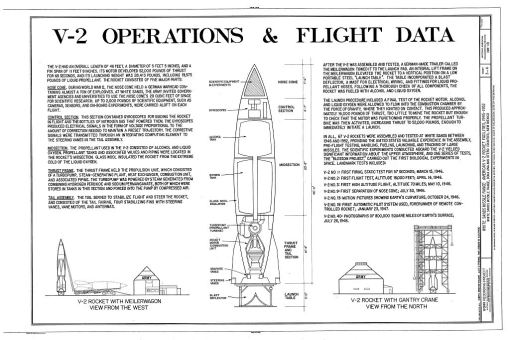 Von Braun was brought to the U.S. under Operation Paperclip, a program that saw German engineers and scientists employed in America. A highly divisive figure, he eventually helped the U.S. win the space race, designing the Saturn V rocket that brought Apollo 11 to the moon.
The camera strapped to this particular rocket, though, was the work of Missile Range engineer Clyde Holliday. Holliday — who worked for the Johns Hopkins University Applied Physics Laboratory — had developed a 35mm camera that could take a photo every one and half seconds. In 1950, Halliday wrote in National Geographic that after he had strapped the camera to the rocket, the images that returned showed “how our Earth would look to visitors from another planet coming in on a space ship.”
And even though approaching aliens would surely see the world in full color, Holliday’s work persists today as a pretty awesome – if controversially sourced — precursor to the ever-famous Blue Marble.
Quelle: TIME
Raumfahrt
2860 Views
Created with page4