The rocket, which belongs to a light class of carrier rockets, will take into orbit three communication satellites Gonets-M, which will enlarge the Russian orbital satellite system Gonets to ten satellites 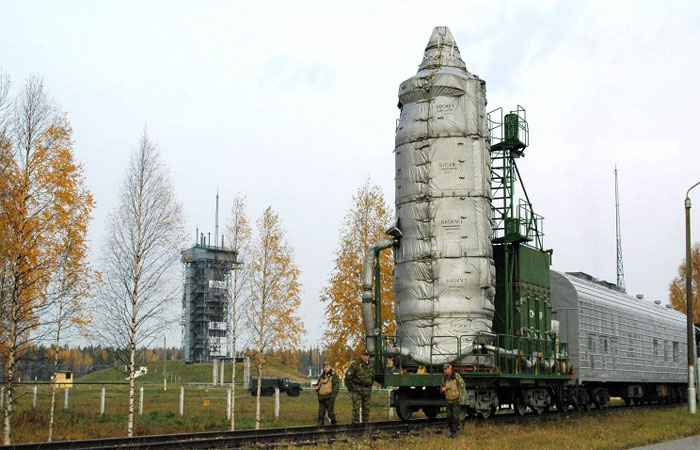 The Rokot carrier rocket built at the Khrunichev State Research and Production Space Center will be launched into space from Plesetsk cosmodrome on July 3. The rocket, which belongs to a light class of carrier rockets, will take into orbit three communication satellites Gonets-M, which will enlarge the Russian orbital satellite system Gonets to ten satellites, the press service of the Russian Space Agency (Roscosmos) told ITAR-TASS on Wednesday.
The Gonets satellite system is intended for establishing communication and transmitting various data, including coordinates and temperature parameters provided by the satellite communication system GLONASS. The information is transmitted by a group of space apparatuses flying on a low orbit at the altitude of 1,400km, the press service said.
The Gonest satellite communication system is used for monitoring different infrastructure facilities, transmitting navigation and time parameters, established by means of the Glonass system, from moving objects to different dispatcher and monitoring centers and ensuring communication with facilities on remote territories.
.

Rokot launch vehicle with 3 military satellites set off from Plesetsk spaceport
.
The Rokot’s high technical parameters were achieved due to the “Briz -KM” accelerator block which performs multiple functions, such as taking a space apparatus into orbits at different altitudes and with different inclinations. The accelerator block enables to ensure with a high precision the assigned orientation of a space apparatus during a launching process and throughout its orbital flight of up to seven hours, Roscomos said.
The preparations for launching the Rokot carrier from Plesetsk cosmodrome are in the final stage, spokesman for the Russian Defense Ministry department that supervises air space defense troops Colonel Alexei Zolotukhin told ITAR-TASS.
A Rokot launch vehicle already successfully taken to the orbit three Gonets satellites for the Russian defense ministry on May 23, 2014.
Quelle: ITARTASS
.
Update: 5.07.2014
. 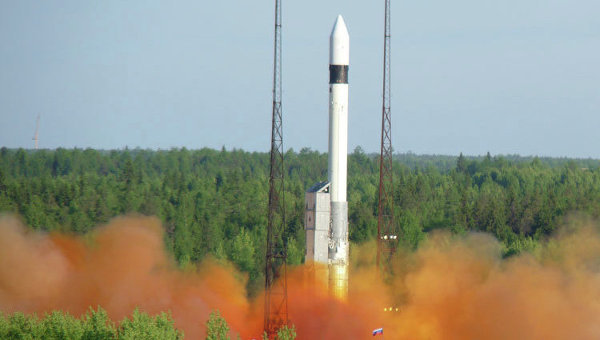 Russia launched on Thursday a light-class Rokot carrier rocket with three telecoms satellites from its northern Plesetsk space center, the Defense Ministry said.
"The launch of the Rokot carrier rocket with three Gonets-M communications satellites was carried out successfully at 04.43 p.m. Moscow time [12:43 GMT] from the Plesetsk space center," spokesman for Russia's Aerospace Defense Forces, Col. Alexei Zolotukhin said.
The separation of the satellites from the rocket’s Briz-KM booster is expected at 06.28 p.m. Moscow time (14:28 GMT) on Thursday, the spokesman said.
The Gonets-M satellites will be part of Russia’s low-orbit grouping of telecoms satellites designed to provide communications services for remote areas of the country.
The Rokot launch vehicle, developed by the state-run Khrunichev Center, is a modification of the RS-18 (SS-19 Stiletto) two-stage ballistic missile that is being decommissioned from Russia’s Strategic Missile Forces.
The rocket is designed to put spacecraft weighing less than two tons into near-earth orbits.
The latest launch of the carrier rocket with a block of military satellites was successfully carried out late May.
The first launch of the rocket from the Plesetsk space center took place May 16, 2000. Since then, 21 Rokot carrier rockets have been launched from the space center.
Quelle: RIANOVOSTI