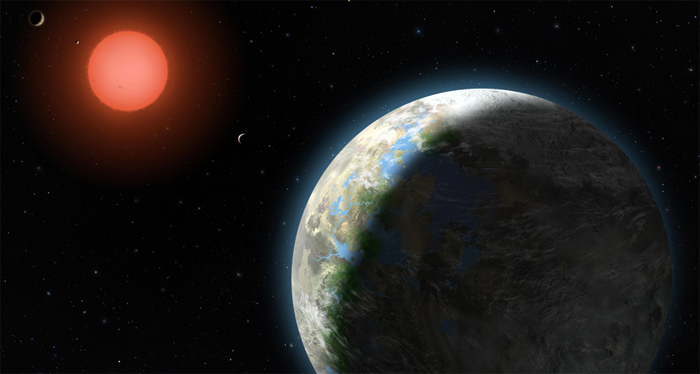 Exoplanets once trumpeted as life-friendly may not exist

Spots on nearby star could have led to false planet detections

Two planets considered among the most promising for life outside the solar system don’t exist, scientists report July 3 in Science. The signals embedded in starlight that were attributed to the planets may instead have been caused by the changing magnetic activity of their star, Gliese 581.
Although the study isn’t the final word on these enticing yet controversial worlds, scientists say it reinforces the need for meticulous analyses to separate planets’ signals from those generated by spots and flares on stars. “This is a big warning concerning the interpretation of [small] signals as being planets,” says Stéphane Udry, an astronomer at the University of Geneva.
Quelle: ScienceNews
Astronomie
« Zum vorherigen Eintrag Zum nächsten Eintrag »
3089 Views
Created with page4