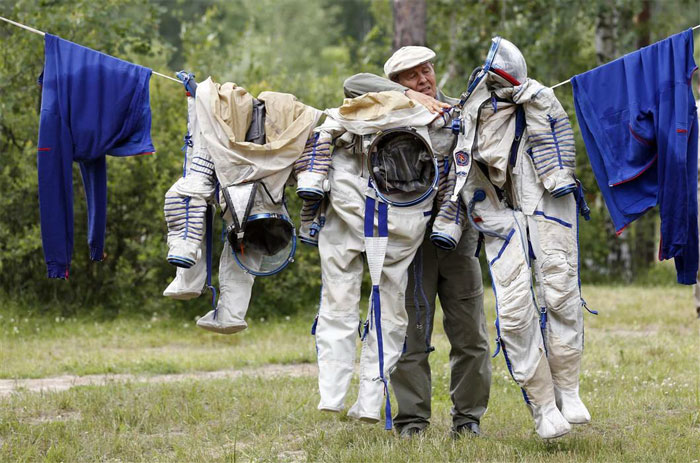 Members of a future mission to the International Space Station took part in training exercises intended to simulate a capsule landing in water near Noginsk, outside of Moscow, on Wednesday. In the photo above, the space suits of Russian cosmonaut Anatoly Ivanishin, NASA's U.S. flight engineer Kathleen Rubins, and Japanese space agency's flight engineer Takuya Onishi are hung out to dry after the simulation. 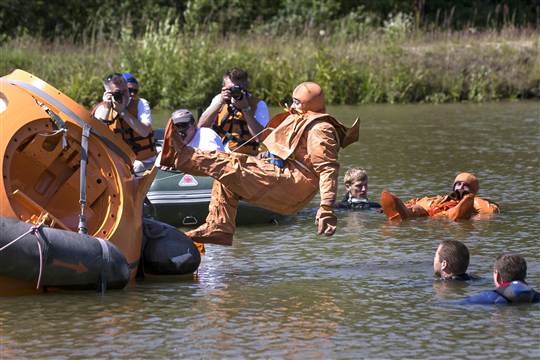 NASA's flight engineer Kathleen Rubins jumps out from a landing capsule during training for a future mission to the International Space Station.