WALLOPS ISLAND
A Terrier-Improved Malemute sounding rocket launched from the NASA Wallops Flight Facility this morning, but the flight ended about 19 seconds later.
Controllers detected an anomaly with the second stage motor and the rocket flew to an altitude of 27,000 feet before splashing down about one nautical mile downrange, according to the space agency.
No injuries or property damage were reported. The rocket landed in the hazard zone that had been established and cleared before the launch.
The rocket was expected to soar about 85 miles before splashing down about 54 miles out into the Atlantic Ocean.
The cause of the anomaly will be investigated.
The rocket was expected to test new payload technologies.
Quelle: PilotOnline
. 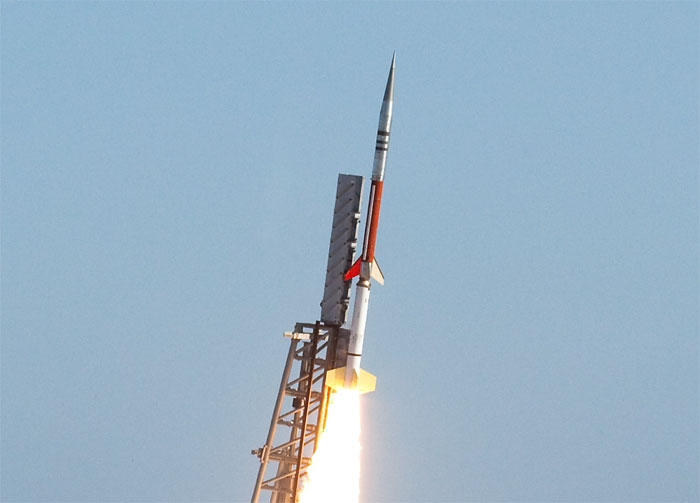 Visibility map for the SubTec6 launch.
Quelle: NASA
.
RockOn Sounding Rocket Launches Successfully
June 26, 2014
UPDATE: The RockOn Terrier-Improved Orion sounding rocket containing multiple student-built experiments launched successfully at 7:21 a.m. EDT on June 26, 2014 from NASA’s Wallops Flight Facility in Virginia. The payload was recovered and has been returned to Wallops.  The students will conduct their preliminary analysis on their experiments later this afternoon. According to the preliminary information, the payload flew to an altitude of 73.3 miles and landed via parachute 43.9 miles from Wallops Island in the Atlantic Ocean 12.16 minutes after launch.
The next launch from Wallops will be a Terrier-Improved Malemute sounding rocket carrying the SubTec-6 payload between 4 and 5 a.m., Saturday, June 28.  Backup launch days run through July 2.
. 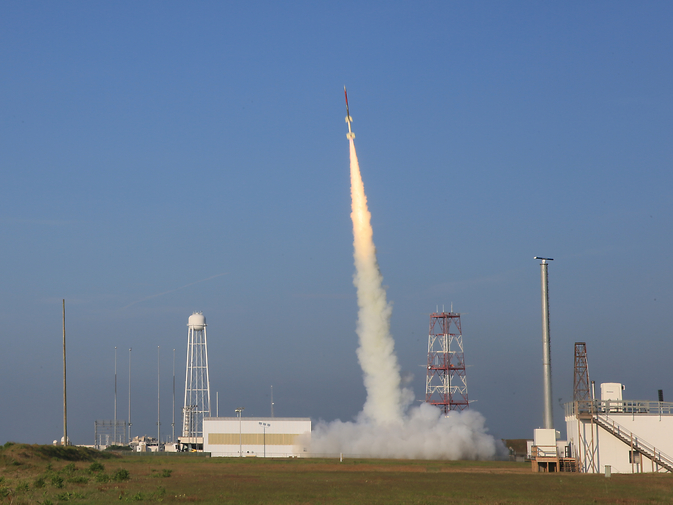 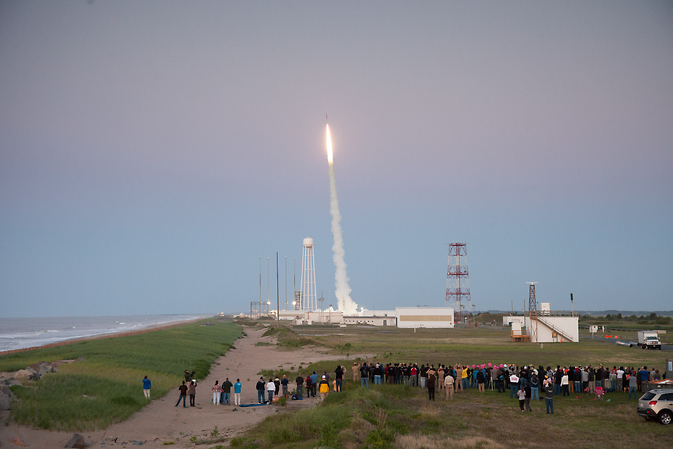 RockOn Launch from June 20, 2013 with students looking on.
.
Students and educators from across the United States will become "rocket scientists" during two workshops at NASA’s Wallops Flight Facility in Virginia this month.
The seventh annual RockOn! workshop, conducted in partnership with the Colorado and Virginia Space Grant Consortia, will provide 61 community college and university students and instructors the opportunity to learn how to build a scientific payload for a suborbital rocket flight.  This workshop is June 21–26.
During the fourth annual Wallops Rocket Academy for Teachers (WRATs), June 23–27, 20 high school educators will receive instruction on the physics and math behind rocket flight and how to incorporate what they learn into classroom curriculum.
"These two workshops provide students and faculty the opportunity to expand their education," said Joyce Winterton, Wallops senior advisor for education and leadership development. "It's a hands-on learning experience that will prepare participating students for their future careers in science, technology, engineering, and math (STEM) and provide the educators with information to expand opportunities for students in the classroom."
During RockOn!, participants will learn the basics of experiment design including programming and electronics.  The students will construct experiments to measure acceleration, spin rate, radiation, humidity, pressure and temperature during a rocket flight.
Their experiments, built in only three days, will then be incorporated into a rocket payload for launch on a Terrier-Improved Orion suborbital sounding rocket at 5:30 a.m. EDT Thursday, June 26. After flying to nearly 70 miles in altitude, the payload carrying the experiments will land in the Atlantic Ocean where it will be recovered. The participants are expected to have their experiments in hand later in the day to begin data analysis.
In addition to the RockOn! experiments, a group of more complex experiments from the RockSat-C program also will be flying on the sounding rocket. These experiments are developed by students, many of whom have participated in a previous RockOn! workshop, from Mitchell Community College, Statesville, North Carolina; West Virginia University, Morgantown; Carthage College, Kenosha, Wisconsin; Temple University, Philadelphia; and Howard University in Washington.
About 50 students and instructors participating in RockSat-C will come to Wallops on Friday, June 20 to begin their final experiment integration and to witness the launch.
"The RockOn! and RockSat-C programs are part of an effort to expand students' skills in developing experiments for spaceflight," said Chris Koehler, director of the Colorado Space Grant Consortium." These two programs, coupled with RockSat-X, which requires an even more advanced skillset, will help prepare these students for future careers in the aerospace industry and at NASA."
In addition, more than 100 small cubes carrying experiments developed by pre-college students will launch with RockSat-C as part of the Cubes in Space program. Experiments vary from measuring changes in the electromagnetic field as the experiment moves through the ionosphere to determine whether the nano-computers would survive spaceflight, to observing the changes to the properties of a marshmallow as a result of the intense g-force of the launch. Cubes in Space is a partnership between Rubik Learning Initiative, idoodlesoftware inc. and the Colorado Space Grant Consortium.
During WRATS, participants will receive instruction from Wallops engineers on the basics of rocketry, including Newton’s Laws, electronic fundamentals, drag and propulsion. This instruction will be applied to hands-on learning activities, including building and launching model rockets. The WRATS participants also will attend the RockOn! launch on June 26.
"Rocket Week is designed to inspire and increase the participants' interest in STEM and prepare the students for their careers," said Phil Eberspeaker, chief of the NASA Sounding Rocket Programs Office at Wallops.  "Through these programs, the participants will experience what it takes to be a rocket scientist."
The RockOn! and WRATS workshops are supported by the NASA Sounding Rocket Program. RockOn! also is supported by NASA's Office of Education and the National Space Grant College and Fellowship Program.
Quelle: NASA
« Zum vorherigen Eintrag Zum nächsten Eintrag »
3232 Views
Created with page4