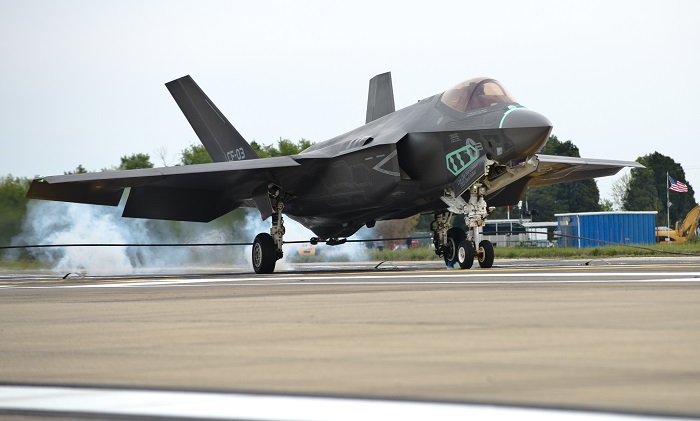 Flying from Edwards Air Force Base, an F-35A flew a 1.9 hour mission with the first-ever load of Block 3i hardware and software. Block 3i is the next level of capability and is planned to support U.S. Air Force F-35A IOC in 2016.

The F-35C, designed for aircraft carrier operations, completed a landing at its maximum sink speed to test the aircraft’s landing gear, airframe and arrestment system at Naval Air Station Patuxent River, Maryland.  “Five sorties were conducted, building up the maximum sink rate test condition of 21.4 feet per second, which represents the maximum sink speed planned for this test,” McFarlan said. During the tests, the F-35C did three arrestments, several touch and goes and one bolter. The landings were to demonstrate structural readiness for arrested landings on an aircraft carrier at sea.

Fleet-wide, the F-35 has, to date, amassed more than 17,000 flight hours, with all three variant aircraft at the F-35 Integrated Training Center at Eglin AFB, Florida, surpassing the 5,000 sorties milestone this week.

The F-35 Lightning II, a 5th generation fighter, combines advanced low observable stealth technology with fighter speed and agility, fully fused sensor information, network-enabled operations and advanced sustainment. Three distinct variants of the F-35 will replace the A-10 and F-16 for the U.S. Air Force, the F/A-18 for the U.S. Navy, the F/A-18 and AV-8B Harrier for the U.S. Marine Corps, and a variety of fighters for at least 10 other countries. Following the U.S. Marine Corps’ planned 2015 IOC, the U.S. Air Force and Navy intend to attain IOC in 2016 and 2018, respectively.

Headquartered in Bethesda, Maryland, Lockheed Martin is a global security and aerospace company that employs approximately 113,000 people worldwide and is principally engaged in the research, design, development, manufacture, integration and sustainment of advanced technology systems, products and services. The Corporation’s net sales for 2013 were $45.4 billion. 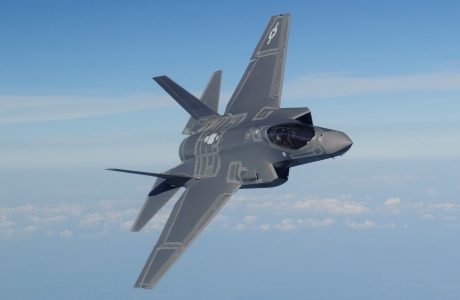 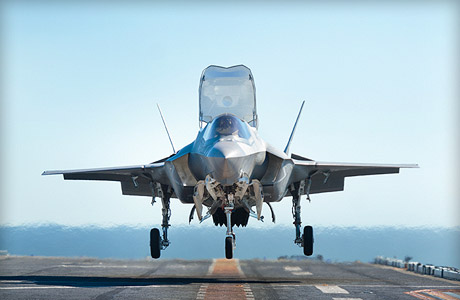 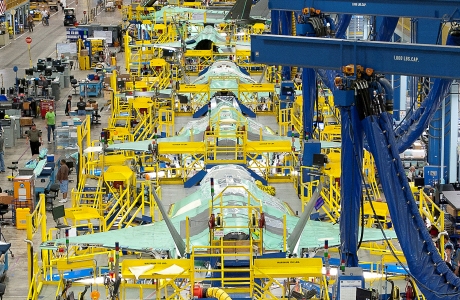