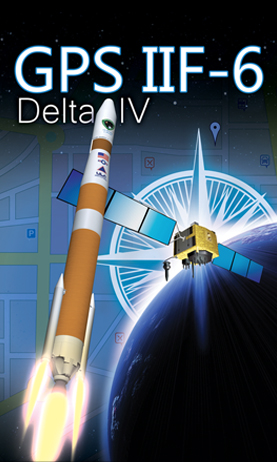 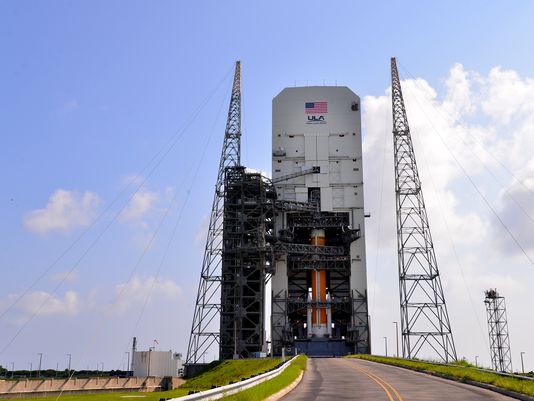 Stormy weather could make it difficult for a Delta IV rocket to launch a GPS satellite Thursday evening from Cape Canaveral Air Force Station.
The 206-foot United Launch Alliance rocket is targeting an 8:08 p.m. liftoff from Launch Complex 37, at the opening of an 18-minute window just after sunset.
The Air Force's 45th Weather Squadron forecasts a 30 percent chance of favorable launch conditions.
The sky is expected to hold "significant moisture content" Thursday, with clouds, thunderstorms and lightning posing threats, according to the official forecast.
Meteorologists are also monitoring the potential for a powerful solar flare that could interfere with the flight.
If the mission slips to Friday, conditions improve to 80 percent "go."
On top of the rocket is the sixth of 12 satellites updating the Air Force's Global Positioning System constellation, which provides precision location, navigation and timing information to the military and civilians.
Quelle: Florida Today 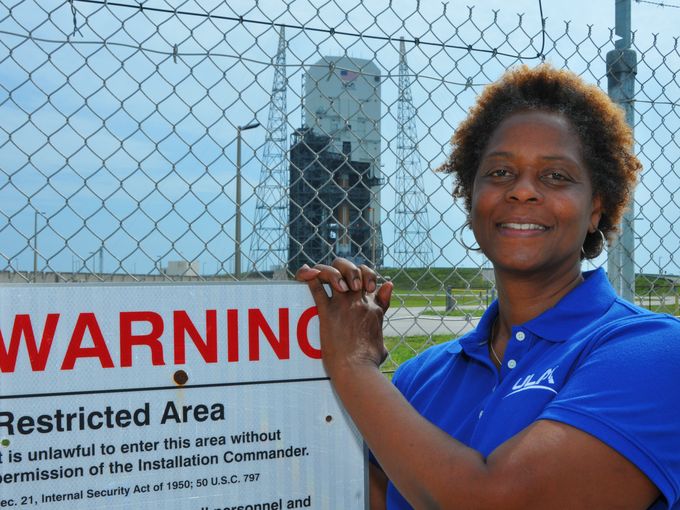 Karen Sanchez, of Rockledge, is a quality specialist for United Launch Alliance. Behind her sits a Delta IV rocket, which will attempt to take a U.S. Air Force GPS satellite to orbit on March 15, 2014.
Quelle: NS
.
Update: 17.05.2014
.
Delta IV soars at sunset
Friday's sunset launch of a Global Positioning System satellite marked the halfway point in an upgrade of what Air Force officials call "the most widely recognized constellation in the world."

The sixth in a series of 12 new-generation GPS spacecraft blasted off from Cape Canaveral Air Force Station atop a United Launch Alliance Delta IV rocket at 8:03 p.m.

As the 206-foot rocket shot from Launch Complex 37, a pink-tinged trail of exhaust turned bright white as the rocket climbed high enough to catch the day's last light, casting a shadow on the horizon.

ULA reported the rocket performed well through the first of two burns by the upper stage then said the $245 million satellite was scheduled to separated from the rocket around 11:30 p.m. over the southern Indian Ocean, southwest of Australia, confirming a success.

Upon reaching orbit roughly 11,000 miles up, the new satellite was expected to undergo a month of tests before joining a constellation with 31 active satellites, including one launched from the Cape in February by a Delta IV.

The constellation needs at least 24 satellites, but many are getting older.

"We launched a whole bunch of these to get the constellation up and running in the early days," said Col. Steve Steiner, GPS Space Systems Division chief at the Air Force's Space
Quelle: Florida Today
. 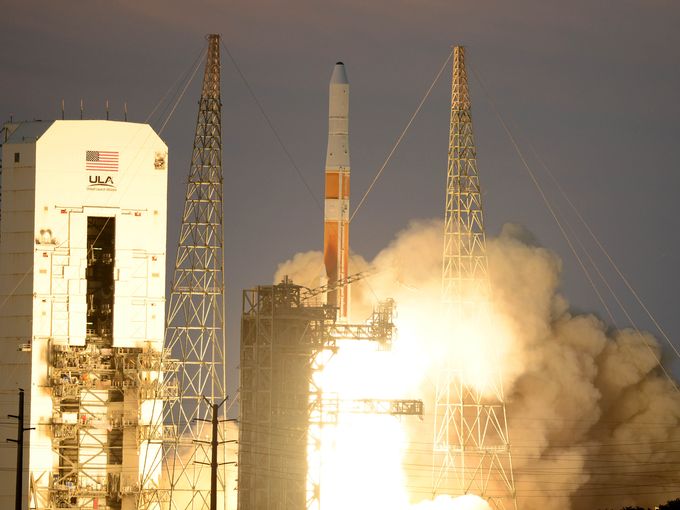 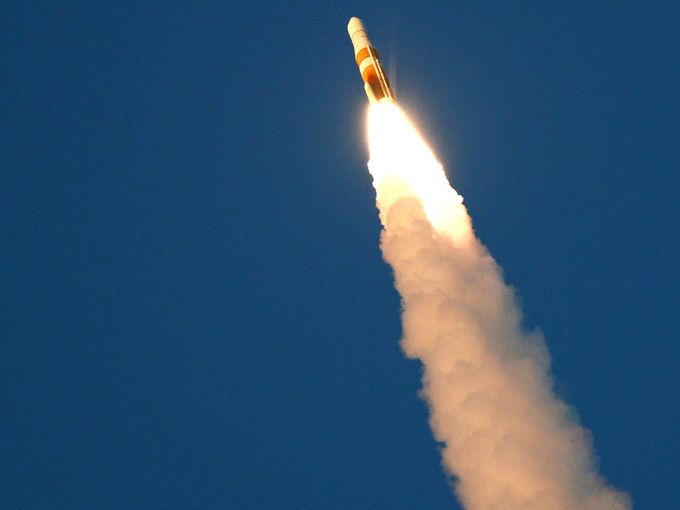 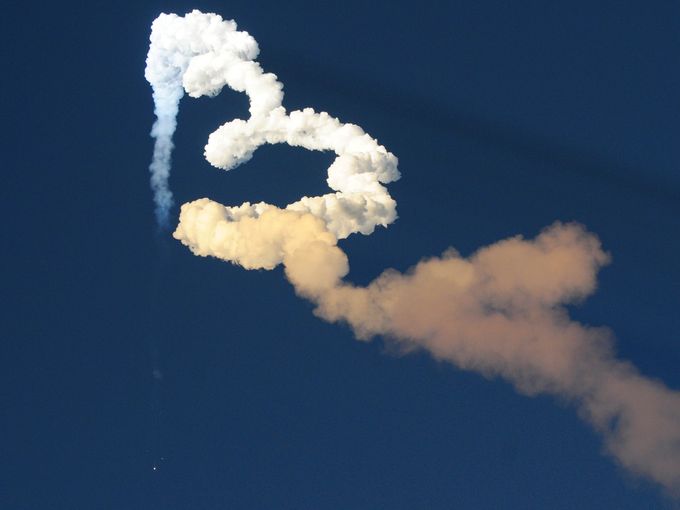 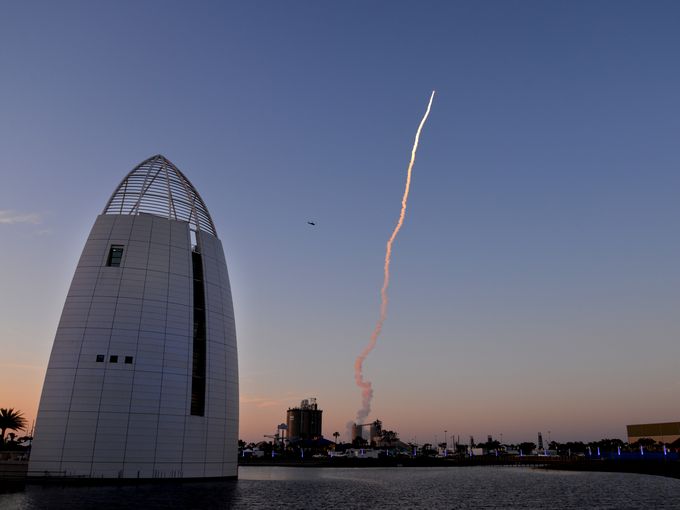 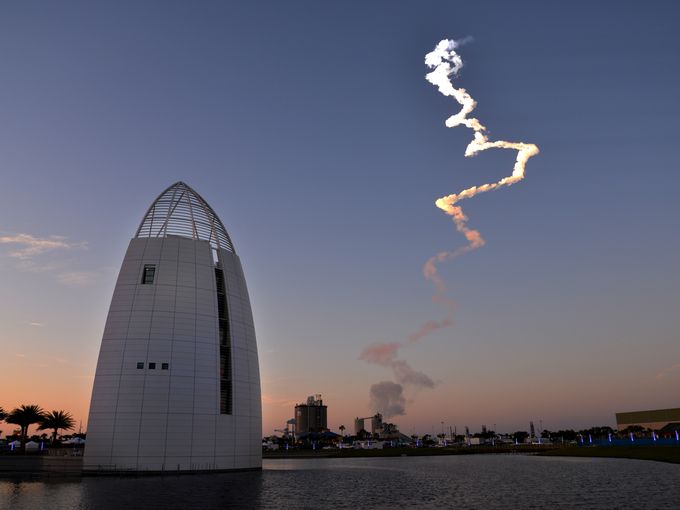