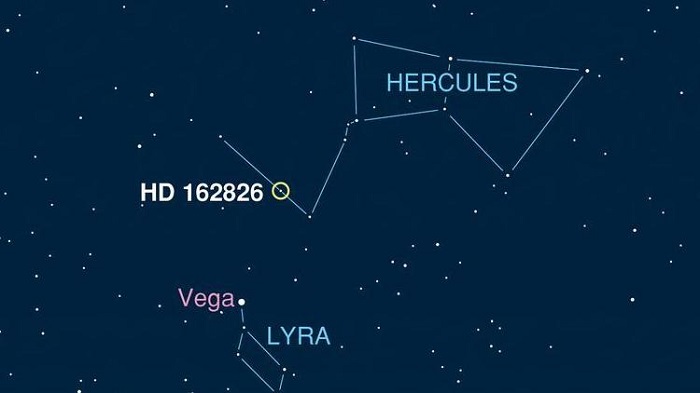 Our sun's first sibling found! Scientists believe the star HD 162826 was born in the same cloud of gas as our sun. (Ivan Ramirez/Tim Jones/McDonald Observatory)

A star born from the same cloud of gas as our sun 4.5 billion years ago has been found at last, astronomers say.

This solar sibling is a little bigger than our sun, and a little hotter at its surface. But an international team of researchers says it has the same chemical fingerprint as the star at the center of our solar system, leading them to conclude both stars were born in the same stellar nursery, at the same time.

If a star has the exact same chemical composition as our sun, that establishes that they were born in the same place. - Ivan Ramirez, astronomer, University of Texas at Austin

"Stars that were born in different clusters have different compositions," said Ivan Ramirez, an astronomer at the University of Texas at Austin. "If a star has the exact same chemical composition as our sun, that establishes that they were born in the same place."

Ramirez is the lead author of a paper about the discovery that will be published June 1 in the Astrophysical Journal.

Like most stars, our sun emerged from an immense cloud of gas and space dust that gave rise to 1,000 to 10,000 stars. Those baby stars stayed clustered together for hundreds of millions of years -- a relatively short time on the astronomical scale.

But as they grew up, their cluster broke up and the individual stars began to drift apart. Billions of years later, these stellar siblings are now scattered across the Milky Way galaxy.

Our sun's newly discovered solar brother from the same gas-cloud mother is known as HD 162826. It is just 110 light years away from our sun, which Ramirez said is remarkably close. 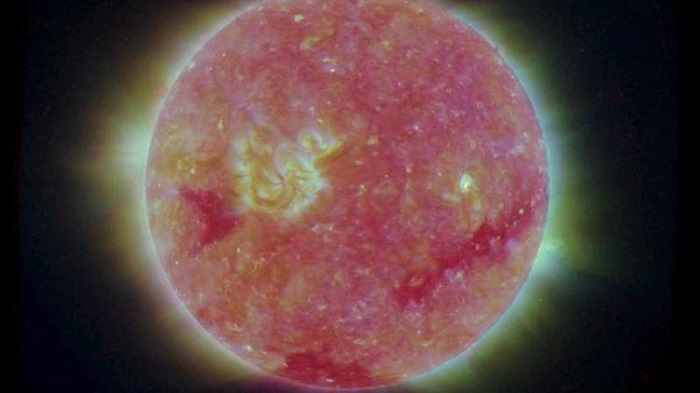 "It is almost certain that if there is another star like this one this close to us, we would have found it already," he said, "so the next siblings we find are going to be further away."

Ramirez wasn't expecting to find a solar sibling even this close to our own sun. In an interview with the Los Angeles Times, he explained that the original intent of his research was to determine efficient ways of identifying our sun's closest relatives in the future when surveys like space-based telescope Gaia's provide astronomers with a flood of new data.

"There are number of surveys that are happening right now that will allow us to learn more about stars beyond the solar neighborhood," he said. "Right now there are about 100,000 stars we can look at in this way. In five or 10 years it could be as many as a billion."

His plan was to determine which chemical elements would be key in finding solar siblings, and in the process, he and his team actually found one.

By happy coincidence, it turns out that HD 162826 is actually a fairly well studied star. The McDonald Observatory Planet Search team has been observing it for more than 15 years. So far they have found no evidence of any planets around the star, but Ramirez said it is possible that they just can't see one.

"We know there are no hot jupiters around this star, but there could be small planets," he said.

This solar sibling, and hopefully the discovery of future ones, should help researchers better understand the origins of our solar system.

"If you track their orbits back in time and find where they intersect 4.5 billion years ago, we can finally see in what part of the galaxy our sun was born," Ramirez said. "We would like to know the environment of the solar system when it was forming, and if it has anything to do with the way things are today."

Searching For Our Birthplace In The Galaxy: Astronomers Discover Potential Solar 'Sibling' 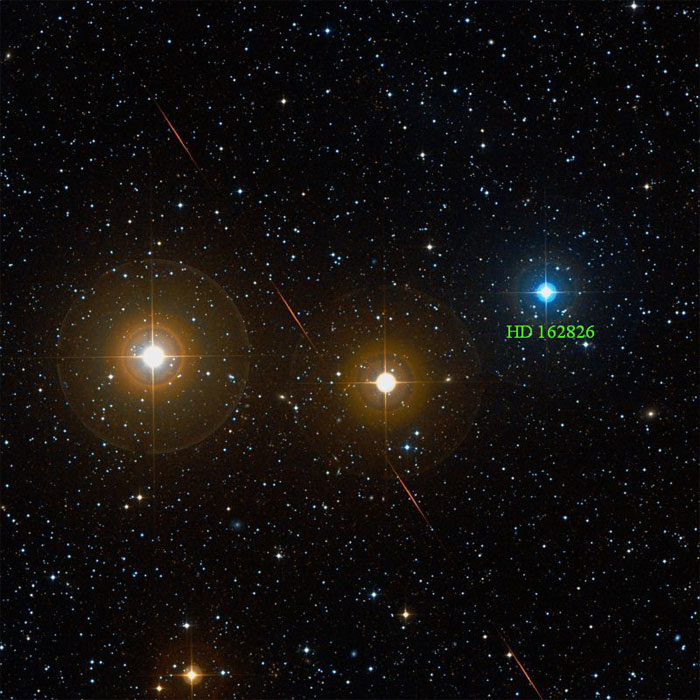 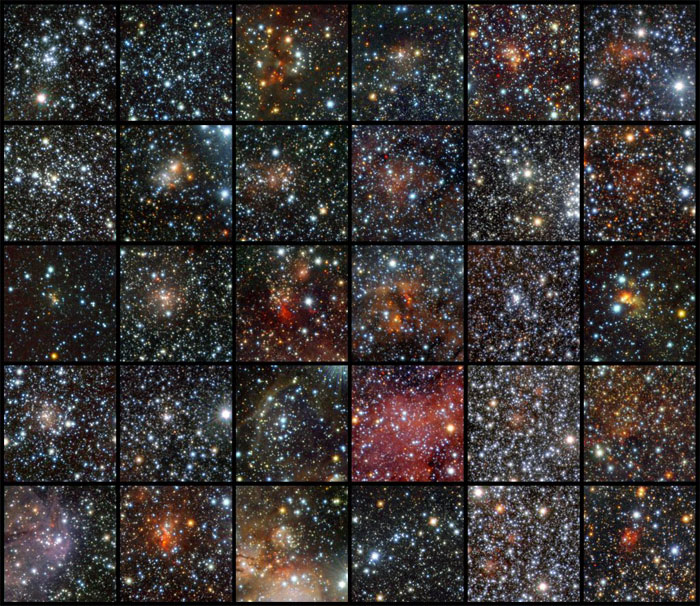 A photo collage of 30 open star clusters in the Milky Way galaxy, discovered using data from the VISTA infrared survey telescope at ESO’s Paranal Observatory in Chile. Most stars including the Sun, are believed to have been members of similar open clusters in the past, following their formation. Image Credit: ESO/J. Borissova
.
Quelle: AS