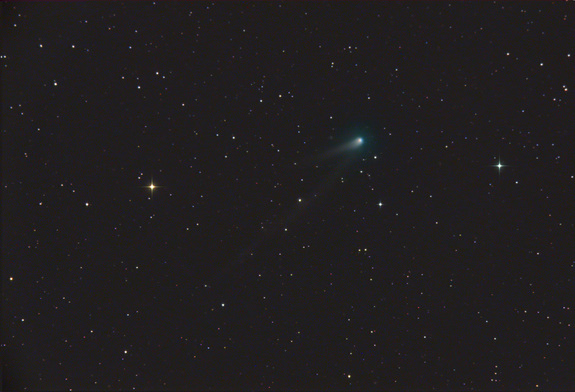 Astrophotographer Chris Schur sent in a photo of Comet C/2012 K1 PANSTARRS taken in Payson, Arizona, on May 9, 2014.
Credit: Chris Schur
.
Skywatchers have a chance to see two comets in May, one of which may spawn a spectacular "meteor storm" at the end of next week.
Comets PanSTARRS and LINEAR are streaking through the night sky this month, and both should be visible through binoculars or a small telescope, experts say.
This NASA video shows how to spot the two comets, as well as Saturn, in the May night sky. Comet PanSTARRS, officially known as PanSTARRS C/2012 K1, "is easy to find as it skims the sky below the Big Dipper," narrator Jane Houston Jones said in the May skywatching video by NASA's Jet Propulsion Laboratory in Pasadena, California.
. 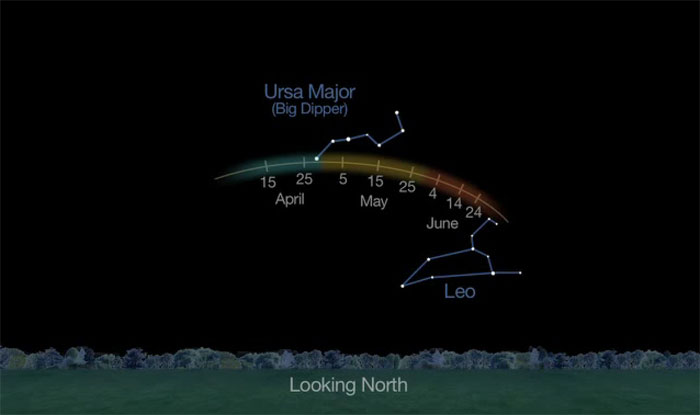 This NASA graphic depicts the visibility path for Comet PanSTARRS C/2012 K1, which can be seen in amateur telescopes in May and June 2014. The comet can be found between the consellations of Ursa Major (the Big Dipper) and Leo in the northern night sky.
Credit: NASA/JPL-Caltech
.
PanSTARRS C/2012 K1 was discovered in 2012 by astronomers using the PanSTARRS telescope in Hawaii. The comet should be particularly visible on dark, moonless nights from May 17 through early June, Houston Jones added. But some folks have already gotten a good look at the icy wanderer, including astrophotographer Chris Schur, who sent Space.com a great shot of PanSTARRS captured on May 9 from Payson, Arizona.
"Now in Ursa Major, this comet is around 8th magnitude and developing not only a slight curved dust fan, but now a long, 5-degree gas tail, seen here shooting down to the bottom of this 4-degree field," Schur told Space.com via email. "Needless to say, we are very excited on the prospects for imaging in the next few months as this comet brightens to naked-eye magnitudes!"
Comet 209P/LINEAR, meanwhile, will make a close flyby of Earth on May 29, coming within about 5 million miles (8 million kilometers) of the planet. But the best viewing opportunities will come before that close approach.
"You may be able to spot the small, faint comet as it passes the familiar constellations Ursa Major and Leo from May 10 through the 27th," Houston Jones said.
. 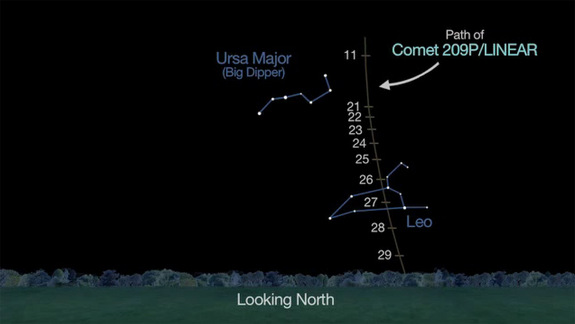 Comet 209P/LINEAR will pass by the constellations of Ursa Major and Leo in May 2014.
.
Comet LINEAR has skywatchers excited for another reason as well. On May 23 and 24, Earth is set to plow through much of the debris the comet has shed on its trips around the sun over the last 200 years, possibly setting up a brilliant new meteor shower.
"This potential new shower is so new that astronomers aren't sure what to expect," Houston Jones said. "Predictions run from less than 100 meteors per hour up to an unlikely but possible meteor storm as high as 1,000 per hour."
The Lincoln Near-Earth Asteroid Research project, which observes from New Mexico, found Comet LINEAR in 2004.
. 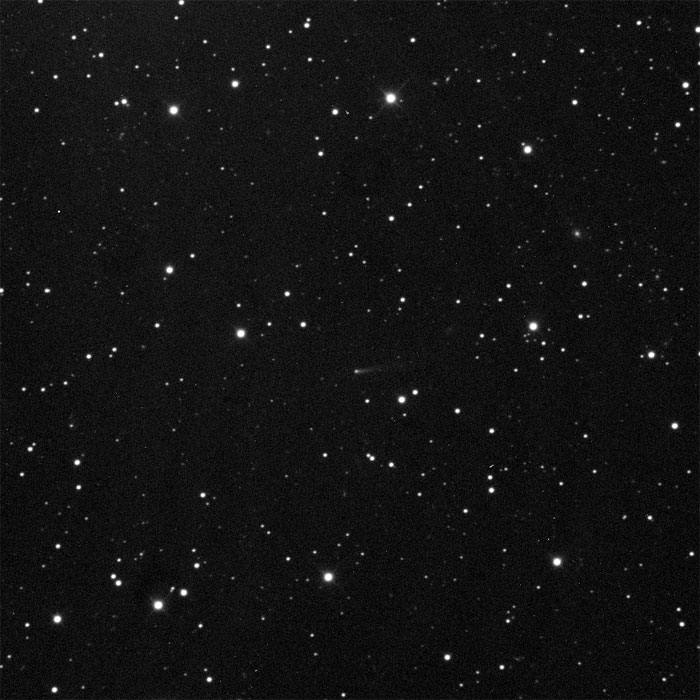 Comet 209P/LINEAR appears as a dim, dusty object at the center of this photo taken by NASA astronomers at the Marshall Space Flight Center in Huntsville, Ala. in May 2014. Dust from the comet is expected to create a meteor shower that will be first seen on Earth in May 2014.
Credit: NASA Marshall Space Flight Center
.
Quelle: SC
« Zum vorherigen Eintrag Zum nächsten Eintrag »
3459 Views
Created with page4