MYSTERY CLOUD (DE-MYSTIFIED): On the night of Feb. 20/21, photographer Dennis Mammana was stationed on Pedro Dome near Fairbanks, Alaska, in hopes of recording the Northern Lights. "I caught this instead—a tiny and bright cloud that rose from the western sky and spread slightly and faded over an hour or so," says Mammana. Here is a composite of two of his shots: 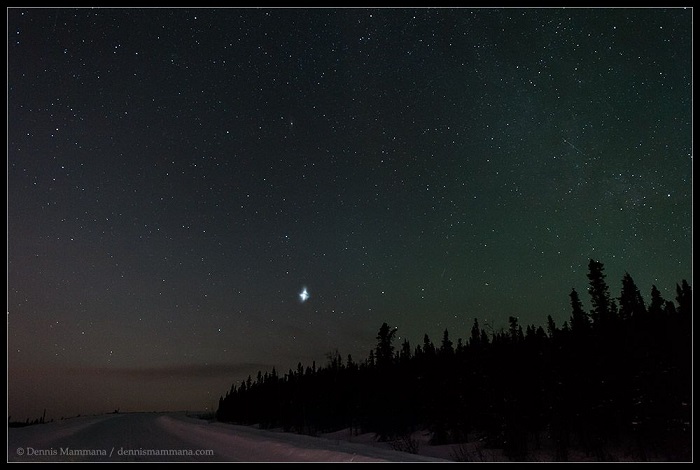 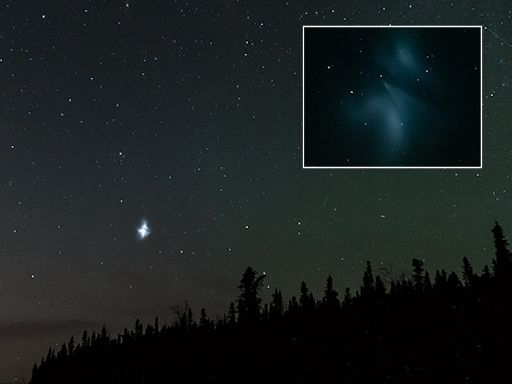 The cloud resembles a rocket fuel dump. Scientists from the University of Alaska frequently launch rockets from the nearby Poker Flat Research Range to study auroras. But on this night there were no rocket launches on Poker Flat.

Update: There was, however, a launch thousands of miles away. A Delta 4 rocket blasted off from Cape Canaveral carrying a GPS satellite.

"Although the satellite is in an orbit with a 54.98 degree inclination, that does not mean it was not visible from Mammana's location at 65N," he continues. "It is in a very high orbit and was at an altitude of over 20,000 km at the time of the photo. At such an altitude it is visible from 65 N, low in the west in this case." 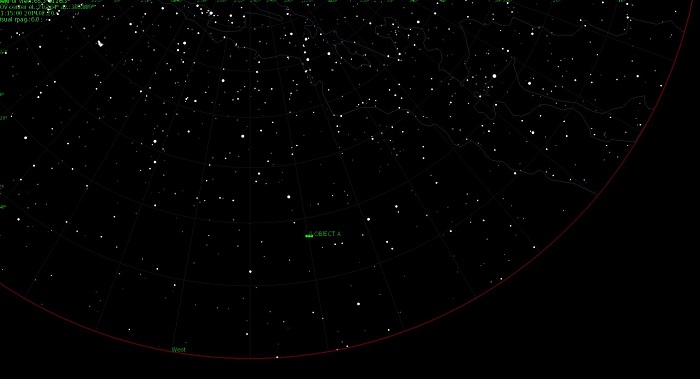 A sky map prepared by Langbroek shows the position of the satellite (labeled "Object A") in the sky above Alaska when Mammana saw the cloud. The sky map and the photo are a good match. 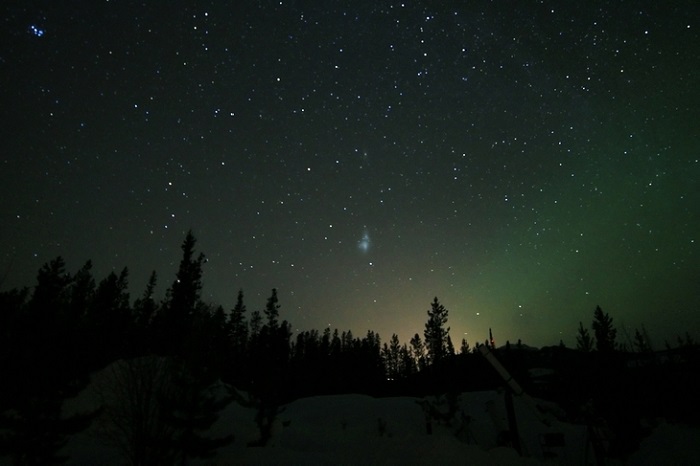 Update #2: Another sighting of the cloud has been reported, by David Cartier, Sr. located 30 km. east of Whitehorse, Yukon, Canada.

Taken from near Whitehorse , Yukon on the night of Feb. 20,
while doing Astronomy ... It appeared like a small naked eye Orion Nebula, but rocket fuel dump immediately came to mind, as it was similar to something I saw 25 yrs. ago, which turned out to be fuel venting from a Soviet Spy satellite launch ( Kopsmos 1833 from Baikonur, Kazakhstan.
When I first saw this it was centered over Almach (Gamma Andromedae), giving it a comet-like experience, but was obviously in rather low Earth orbit since the stars moved rather rapidly behind it.
I initially suspected a small weird patch of isolated Aurora, bt photography quickly disproved this theory.
WHAT was THIS ????