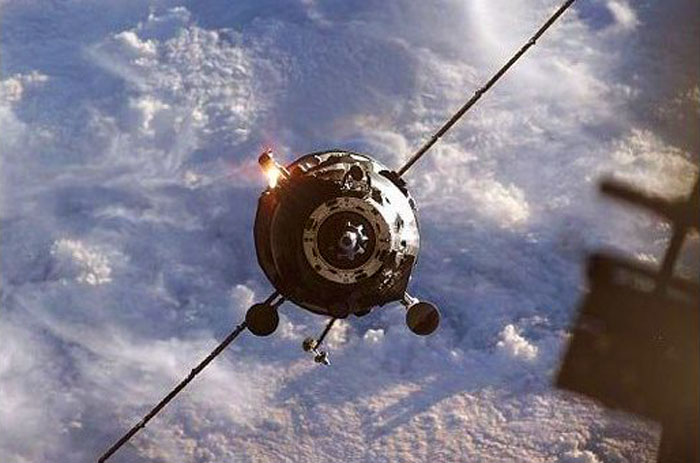 A Russian Progress-M spacecraft burned up over the Pacific Ocean Tuesday evening in a planned descent following a successful mission to the International Space Station.
Remnants of the craft that were not destroyed during the controlled re-entry crashed into an isolated area of the Pacific, a spokesman for Russia’s Mission Control said.
The Progress M-20M delivered over two metric tons of cargo to the station in July. It undocked early last week to free up a port for another Progress space freighter, which arrived last Wednesday.
Scientific equipment on board the departing craft continued to make measurements over the past week as part of an experiment to characterize the station’s gravitational environment.
Data about vibrations aboard the ISS during events such as spacewalks and the undocking of spacecraft could help in the analysis of other ongoing experiments aboard the ISS.
The unmanned Progress cargo spacecraft is not designed to survive reentry into Earth’s atmosphere. It has flown over 130 missions with just one failure since its debut in 1978 and has delivered supplies to four space stations – Salyut 6, Salyut 7, Mir and the ISS.
Quelle: RIANOVOSTI
« Zum vorherigen Eintrag Zum nächsten Eintrag »
3323 Views
Created with page4