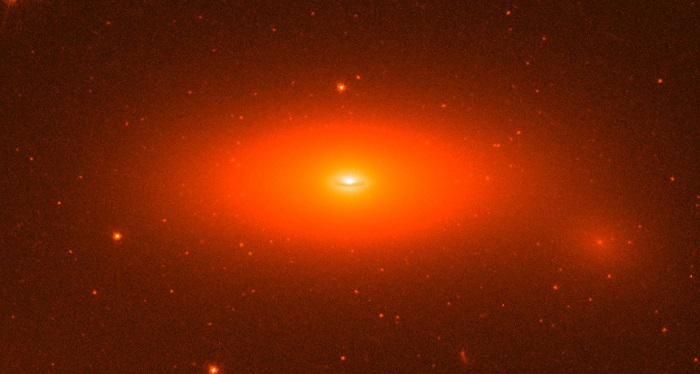 GROWTH SPURT  All of the stars in galaxy NGC 1277 formed in a rapid burst 12 billion years ago. The galaxy’s ancient, massive black hole probably formed quickly too.

A galaxy just over 230 million light-years away in the nearby Perseus cluster looks as if it was snatched from the dawn of time and delivered to our galactic neighborhood, new observations reveal. The galaxy, NGC 1277, formed all its stars in a quick burst roughly 12 billion years ago — less than 2 billion years after the Big Bang. Then it appears to have abruptly switched off.

Observations published in the Jan. 10 Astrophysical Journal Letters show that stars throughout the galaxy are uniformly old and formed in a 100-million-year-long flash that created new suns at a rate of up to 1,000 per year. For comparison, our Milky Way gives birth to only a few suns each year.