The beautiful, petal-like shells of galaxy PGC 6240 are captured here in intricate detail by the NASA/ESA Hubble Space Telescope, set against a sky full of distant background galaxies. This cosmic bloom is of great interest to astronomers due to both its uneven structure, and the unusual clusters of stars that orbit around it — two strong indications of a galactic merger in the recent past.
PGC 6240 is an elliptical galaxy that resembles a pale rose in the sky, with hazy shells of stars encircling a very bright centre. Some of these shells are packed close to the centre of the galaxy, while others are flung further out into space. Several wisps of material have been thrown so far that they appear to be almost detached from the galaxy altogether.
Astronomers have studied PGC 6240 in detail due to this structure, and also because of its surrounding globular clusters — dense, tightly packed groups of gravitationally bound stars that orbit galaxies. Over 150 of these clusters orbit our own galaxy, the Milky Way, all composed of old stars.
All the globular clusters around a certain galaxy form at approximately the same time, giving them all the same age. This is echoed within the clusters — all the stars within a single cluster form at around the same time, too. Because of this, most galaxies have cluster populations of pretty similar ages, both in terms of overall cluster, and individual stars. However, PGC 6240 is unusual in that its clusters are varied — while some do contain old stars, as expected, others contain younger stars which formed more recently.
The most likely explanation for both the galaxy’s stacked shell structure and the unexpectedly young star clusters is that PGC 6240 merged with another galaxy at some point in the recent past. Such a merger would send ripples through the galaxy and disrupt its structure, forming the concentric shells of material seen here. It would also ignite a strong burst of star formation in the galaxy, which would then trigger similar activity in nearby space — leading to the creation of new, younger globular clusters around PGC 6240.
PGC 6240 is an elliptical galaxy in the southern constellation of Hydrus (The Water Snake). Also visible in this region are numerous background galaxies, speckled across the sky behind PGC 6240. Even though these bodies are at such vast distances from us, it is possible to make out the structure of many of the galaxies, especially the small spirals that stand out colourfully against the dark sky.
. 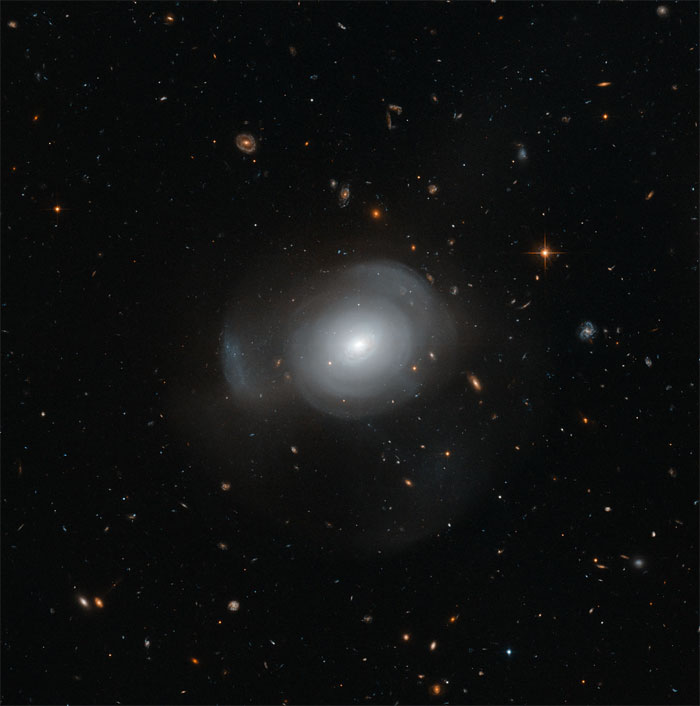 The beautiful, petal-like shells of galaxy PGC 6240 are captured here in intricate detail by the NASA/ESA Hubble Space Telescope, set against a sky full of distant background galaxies. PGC 6240 is an elliptical galaxy approximately 350 000 000 light years away in the southern constellation of Hydrus (The Water Snake). It is orbited by a number of globular clusters that contain both young and old stars — thought to be a result of a galactic merger in the recent past.
. 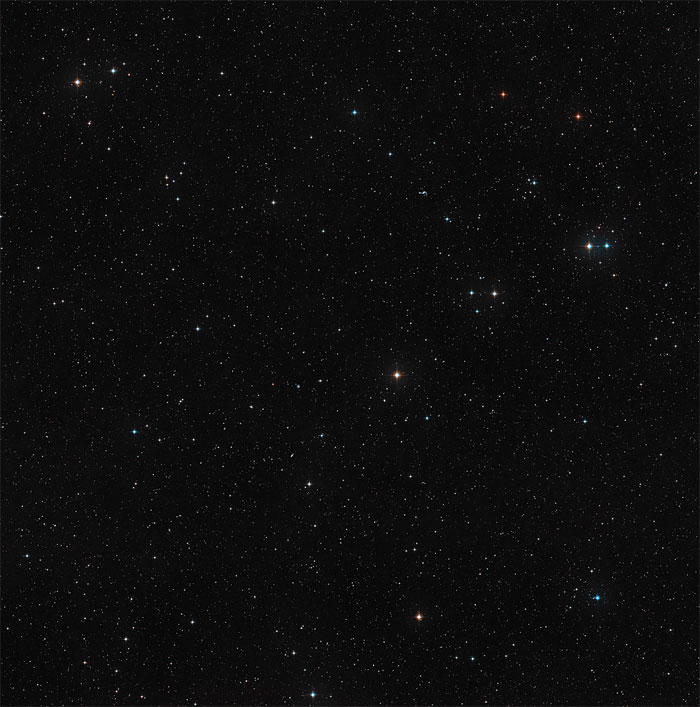