In a key development for the future of robotic flight, a pilotless US jet has landed aboard an aircraft carrier.

The US Navy X-47B drone touched down on the deck of the USS George H W Bush as it sailed off the coast of Virginia.

The bat-wing aircraft can deliver guided bombs from a range of 3,200km (1990 miles). It is the first drone to land on a ship at sea.

In May an unmanned aircraft launched from the same carrier but landed on a runway on the US mainland.

The plane was one of two test aircraft purpose-built by the aerospace giant Northrop Grumman, under a 2007 contract at a cost of about $1.4 bn.

In clear weather and light winds, the aircraft took off from the Patuxent River Naval Air Station in the US state of Maryland.

It headed for the ship which was operating in the Atlantic Ocean 112km off the coast of Virginia.

At 1740 GMT on Wednesday, the plane dropped its tail hook which then caught a cable across the carrier deck.

This arrested landing had been carried out before - but never at sea.

"It's not often that you get a chance to see the future, but that's what we got to do today," said Navy Secretary Ray Mabus, who witnessed the landing.

The X-47B is not intended for operational use. Both test planes will be sent to flight museums in Florida and Maryland, as the US military develops new models.

Officials plan to deploy unmanned reconnaissance and strike aircraft aboard carriers within the next three to six years.

The US Navy has asked for designs from Northrop, along with its rival manufacturers, Boeing, Lockheed Martin and General Atomics.

A future plane would be able to evade radar and fly over a target area for long periods of time,

For some the development has sparked calls for the military to clarify the chief purpose of drones.

Critics say the main strength of such aircraft is the ability to remain over a target area for a long period, searching for potential targets. They say that drones launched from land bases can perform that function as effectively as those based at sea.

"When it comes to operating an unmanned aircraft from carrier decks, the Navy seems to be ambivalent about the whole idea," Loren Thompson, a defence expert at the Lexington Institute think tank told the Associated Press.

He said the US navy needed to carry out a tough assessment to see what these new drones would bring to the fleet that could not be accomplished with manned aircraft or land-based drones.

The Obama administration has come under increasing criticism for using drones to carry out deadly missile attacks against suspected militants in Pakistan, Yemen, Afghanistan, and Iraq. 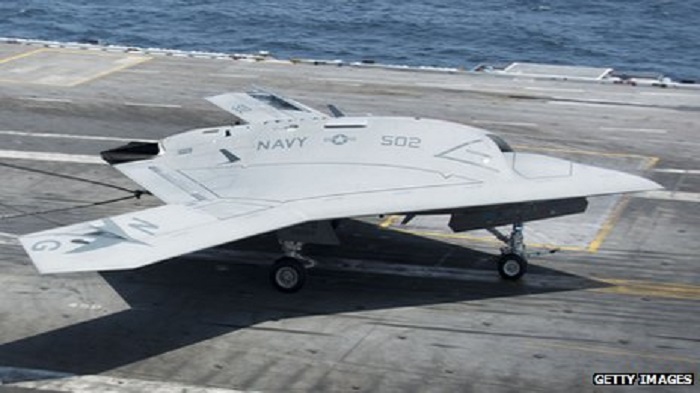 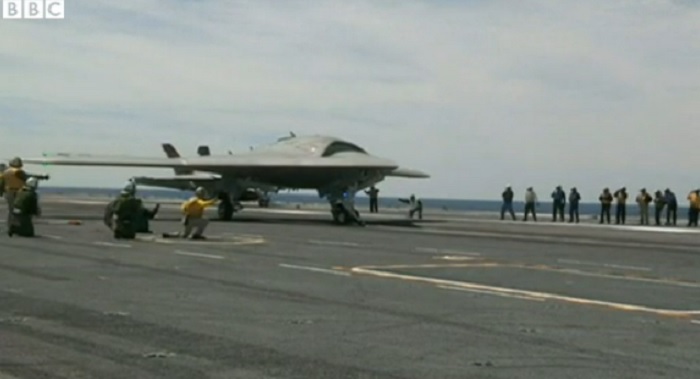 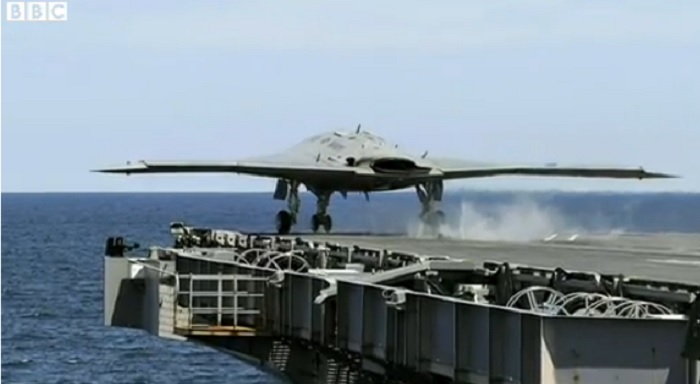 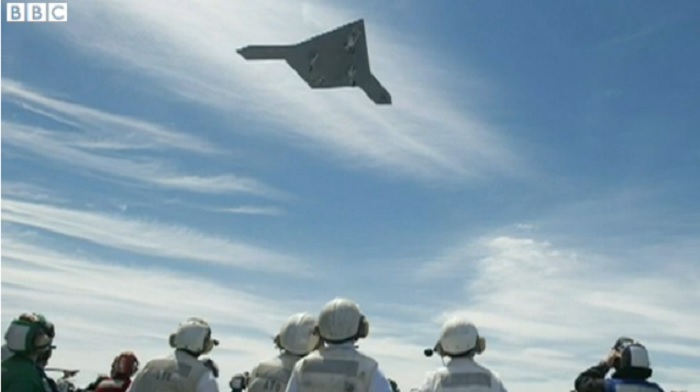 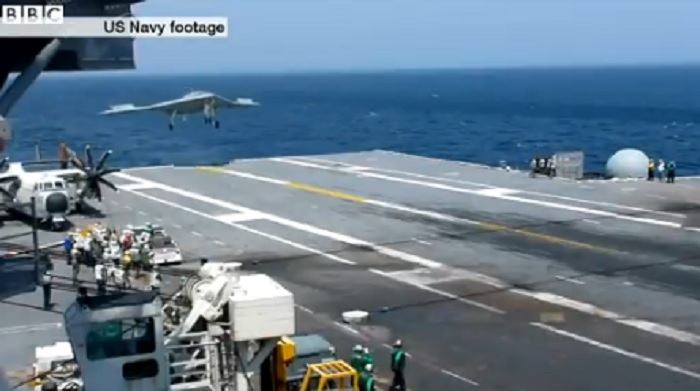 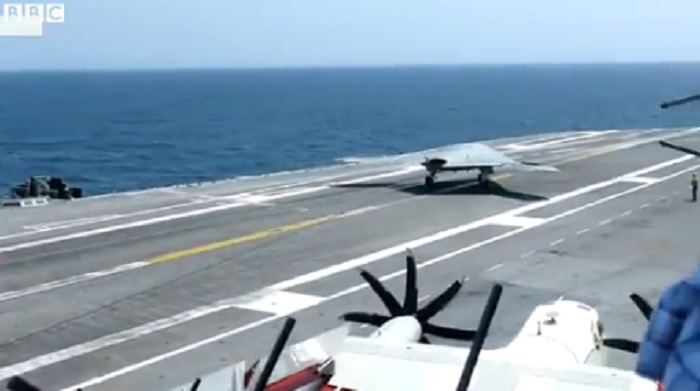 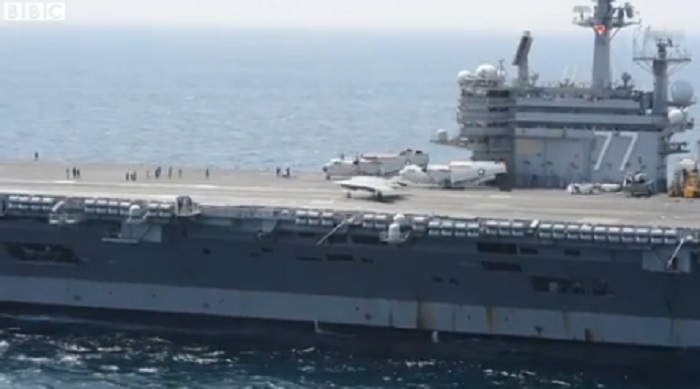