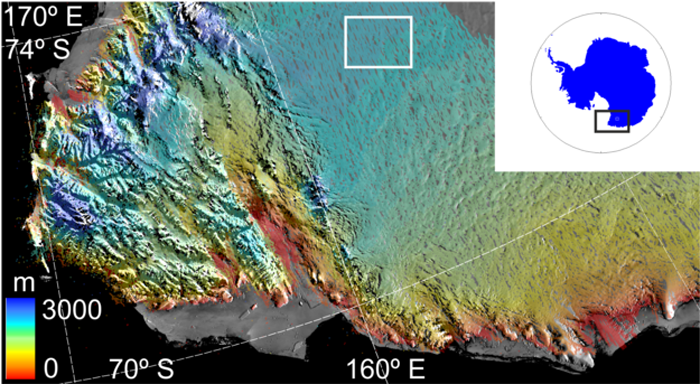 ESA’s CryoSat satellite has found a vast crater in Antarctica’s icy surface. Scientists believe the crater was left behind when a lake lying under about 3 km of ice suddenly drained.
Far below the thick ice sheet that covers Antarctica, there are lakes of fresh water without a direct connection to the ocean. These lakes are of great interest to scientists who are trying to understand water transport and ice dynamics beneath the frozen Antarctic surface – but this information is not easy to obtain.
One method is to drill holes through kilometres of ice to the water – a difficult endeavour in the harsh conditions of the polar regions.
But instead of looking down towards the ice, a team of European scientists is looking to the sky to improve our understanding of subglacial water and its transport.
By combining new measurements acquired by CryoSat with older data from NASA’s ICESat satellite, the team has mapped the large crater left behind by a lake, and even determined the scale of the flood that formed it.
. 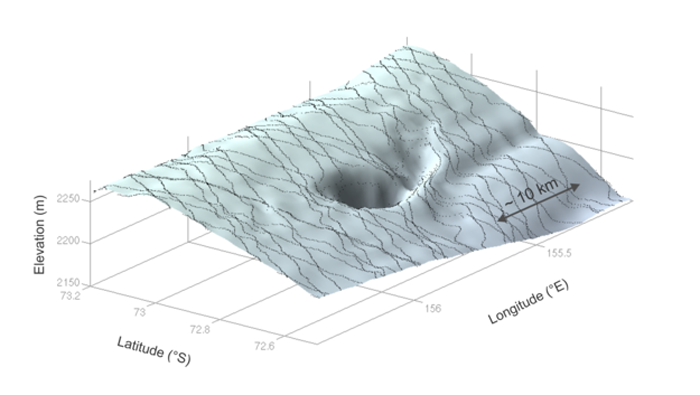 From 2007 to 2008, six cubic kilometres of water – about the same amount that is stored in Scotland’s Loch Ness – drained from the lake, making it the largest event of its kind ever recorded.
That amount of water equals a tenth of the melting that occurs beneath Antarctica each year.
Since the end of 2008, the lake appears to be refilling but six times slower than it drained. It could take decades to reform.
The study, published recently in Geophysical Research Letters, highlights CryoSat’s unique capacity to map changes in Antarctica’s subglacial lakes in 3D, and sheds new light on events at the base of the ice sheet.
CryoSat carries a radar altimeter that can ‘see’ through clouds and in the dark, providing continuous measurements over areas like Antarctica that are prone to bad weather and long periods of darkness.
The radar can measure both the area and depth of ice craters in high resolution, allowing scientists to calculate its volume accurately.
. 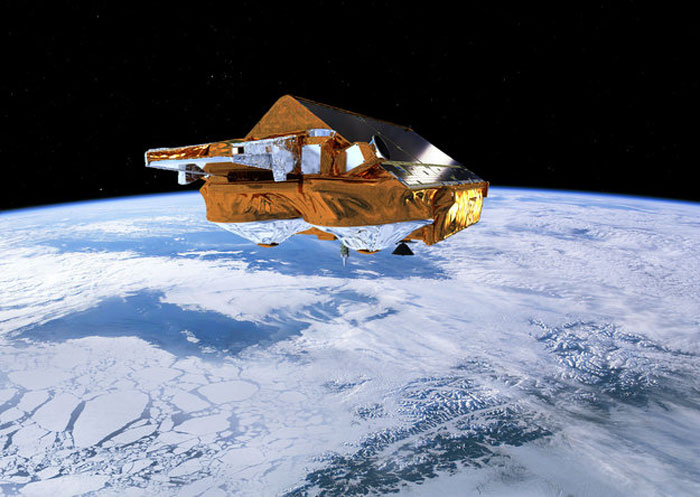 “Thanks to CryoSat, we can now see fine details that were not apparent in older satellite data records,” said Dr Malcolm McMillan from the UK’s University of Leeds and lead author of the study ‘Three-dimensional mapping by CryoSat-2 of subglacial lake volume changes’.
With every subglacial lake, there is hope of finding prehistoric marine life. The rapid draining and apparent refilling of this lake, however, suggests this was not the first time water has drained from the lake.
“It seems likely that the flood water – and any microbes or sediments it contained – has been flushed into the Southern Ocean, making it difficult to imagine that life in this particular lake has evolved in isolation,” said Prof. Andrew Shepherd, a co-author of the study.
About 400 lakes have been discovered at the base of the Antarctic ice sheet. When they drain, they disrupt subglacial habitats and can cause the ice above to slide more quickly into the sea.
Quelle: ESA
« Zum vorherigen Eintrag Zum nächsten Eintrag »
3971 Views
Created with page4