LOS ANGELES AIR FORCE BASE, El Segundo, Calif. -- The launch of the U.S. Air Force's Wideband Global SATCOM mission on a United Launch Alliance Delta IV vehicle has been placed on the 45th Space Wing range schedule for May 8.

The launch vehicle and spacecraft are both being processed in Florida.

The investigation into the off-nominal performance on the Global Positioning System IIF-3 launch last October is still progressing. Final testing related to the investigation is underway. ULA, Pratt Whitney Rocketdyne, and the Air Force have been working closely on this investigation and have approved processing this mission toward the May 8 launch date. Launch officials have planned investigation closure reviews in mid-April. 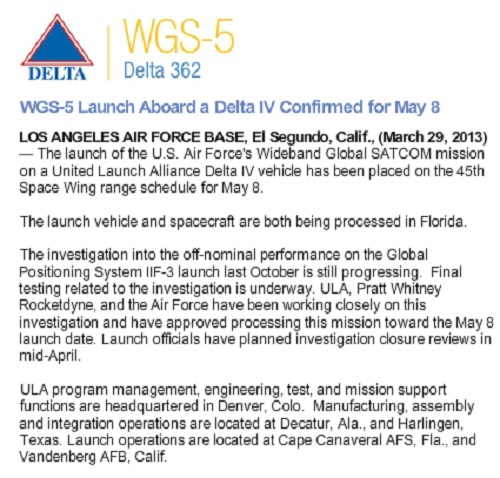 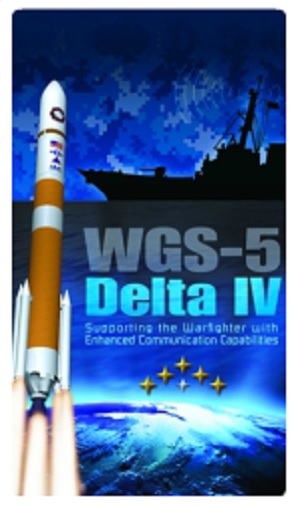