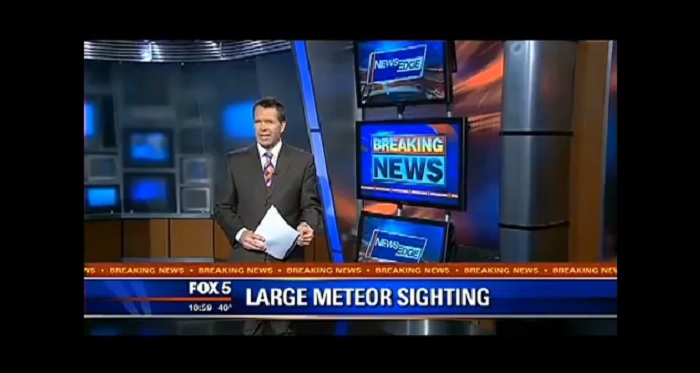 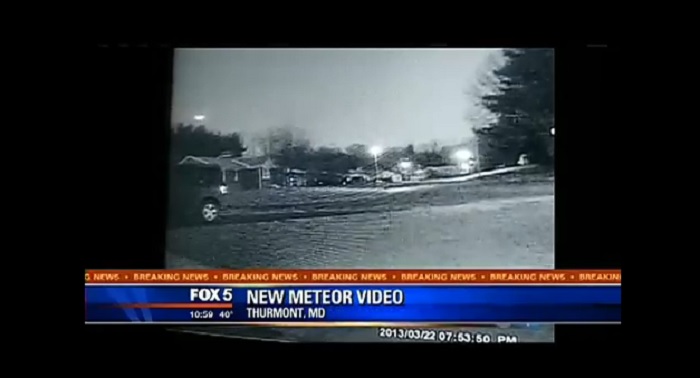 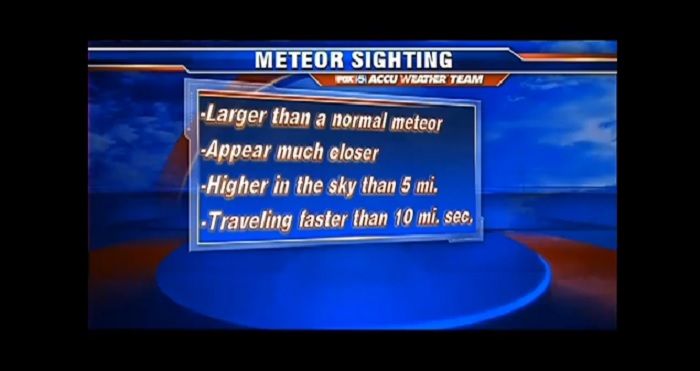 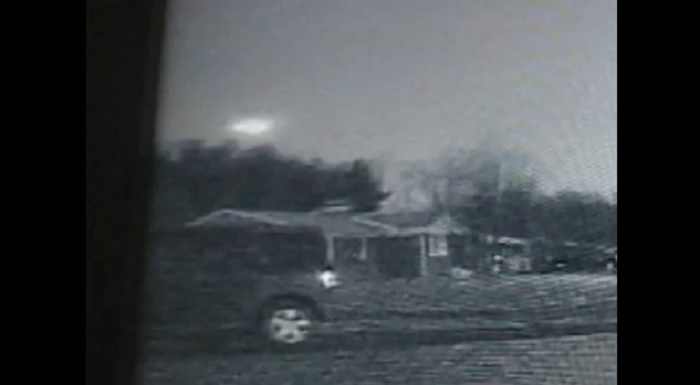 Reports about East Coast meteor flood in, setting off a media scramble

A Friday night flash of light in the skies over the East Coast sparked a rash of meteor sighting reports, followed by a mad dash to track down photos and videos of the event.

The American Meteor Society logged more than 300 reports from a region ranging from  North Carolina to Washington to New York to New England to Canada. Hundreds more registered their observations on Twitter.  One Twitter user, known as @Married2TheNite, reported from New Jersey that he saw — and heard — the object pass by. "It was making almost a hissing noise as it flew brightly overhead," he wrote. "I saw it around 7:55 p.m. EDT."

That time frame meshed with the many other reports. Some witnesses said they saw flashes of green, red and blue as the object streaked past.

The reports were consistent with a fireball — similar to the one that flashed over Russia on Feb. 15, but much, much smaller.

"It's not an incredibly rare event, but it is very unusual to have that many people observe it, and also it was unusually bright," Ron Dantowitz, director of the Clay Center Observatory, told NBC station WDHD-TV in Boston. "These types of meteors happen once or twice a year. The unusual thing is that it was so well observed not so long after sunset."

Bill Cooke of NASA's Meteoroid Environmental Office told The Associated Press that the flash appeared to be "a fireball that moved roughly toward the southeast, going on visual reports."

"Judging from the brightness, we're dealing with something as bright as the full moon," Cooke said. "The thing is probably a yard across. We basically have (had) a boulder enter the atmosphere over the Northeast."

For a while, Twitter buzzed with tweets and retweets highlighting pictures that falsely purported to show the Friday night light — but eventually, bona fide views surfaced. The paucity of honest-to-goodness meteor shots contrasted with the wealth of dashboard videos that came to light after last month's Russian meteor blast.

One of the most widely distributed videos of Friday night's flash came from someone who didn't actually see it when it happened. "I wish I would have seen it for real," said Kim Fox, a first-grade teacher from Thurmont, Md.

Fox told NBC News that she checked her security-camera system after hearing about the meteor. At around the time that news reports said the meteor was widely sighted, she saw a bright flash on one of the camera views. She took out her mobile phone, recorded a video of the video, and posted it to her Facebook page. From there, the video went viral on the Web and on TV newscasts.

"The phones have been ringing all night," Fox said. 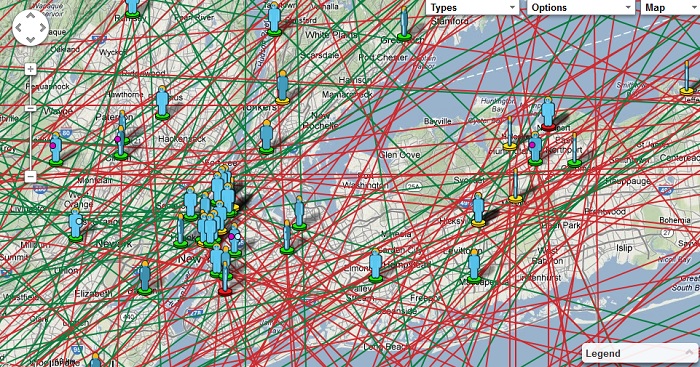 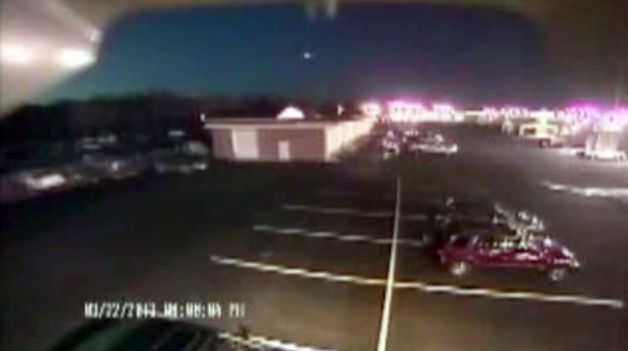 In this image taken from video provided by Tom Hopkins of Hopkins Automotive Group, a bright flash of light, top center, streaks across the early-evening sky in what experts say was almost certainly a meteor coming down, Friday, March 22, 2013 in Seaford, Del. Bill Cooke of NASA's Meteoroid Environmental Office said the flash appears to be "a single meteor event." He said it "looks to be a fireball that moved roughly toward the southeast, going on visual reports." MANDATORY CREDIT: HOPKINS AUTOMOTIVE GROUP Photo: Hopkins Automotive Group