The landing of the Curiosity rover was a huge hit for nasa in the summer of 2012. Now the space agency is letting its winnings ride with another bet on Mars. Last December, NASA announced plans to send a similar rover to the Red Planet in 2020—its seventh planned or active Mars mission—citing the low risk and cost savings of a mission reboot.
NASA's fixation on Mars (or on avoiding risks) comes at the expense of the rest of the solar system. Outer planets Uranus and Neptune have scarcely been explored. The same goes for Jupiter's moon Europa, which planetary scientists believe to be a promising habitat for extraterrestrial life.
Recently a team of researchers proposed a novel mission concept: a floating spacecraft that would explore the hydrocarbon seas of Saturn's moon Titan. But NASA opted instead for a Mars lander called InSight—which, like the 2020 rover, is a low-risk mission based on proved hardware.
. 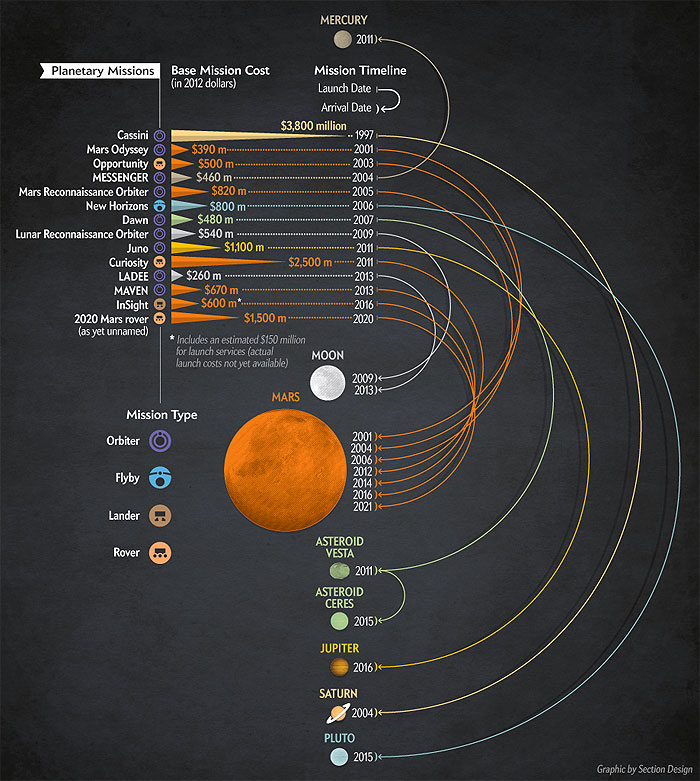