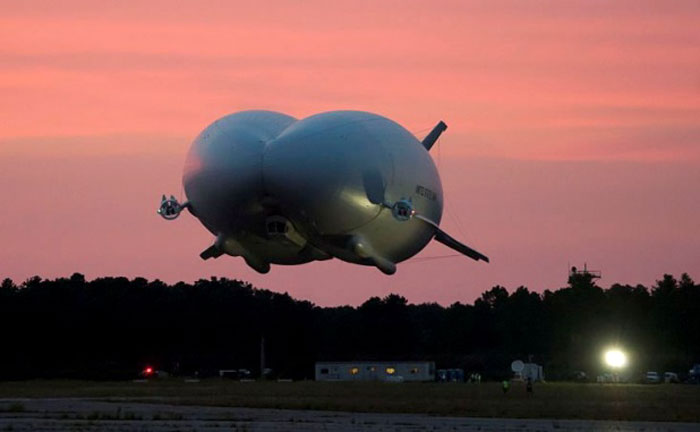 Northrop Grumman’s Long-Endurance Multi-intelligence Vehicle (LEMV), a 300-ft.-long surveillance airship intended for deployment to Afghanistan to fly unmanned for up to three weeks, has been canceled by the U.S. Army.
The airship flew once in August last year, at Lakehurst, N.J., 10 months behind schedule in what was originally planned as an 18-month development program leading to deployment early in 2012.
“Due to technical and performance challenges, and the limitations imposed by constrained resources, the Army has determined to discontinue the LEMV development effort,” the service says in a statement.
Administered by Army Space and Missile Defense Command, “this project was initially designed to support operational needs in Afghanistan in spring 2012; it will not provide a capability in the time frame required,” the service says.
LEMV is the second persistent-surveillance airship under development by the Pentagon to meet urgent requirements in Afghanistan to be canceled because of delays caused by technical problems.
In a move to avoid additional costs, the U.S. Air Force in June 2012 terminated the Blue Devil 2 program, under way with small company Mav6, before the 370-ft. airship had even flown.
. 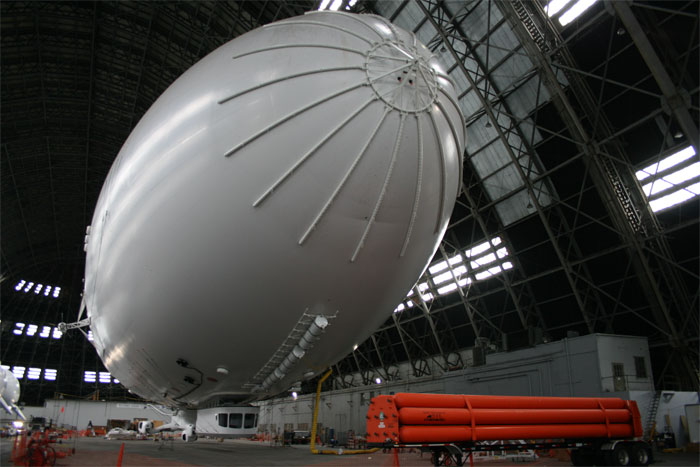 Blue-Devil-2
.
The Blue Devil 2 and LEMV programs were both launched in 2010. Northrop Grumman received a $154 million contract for a single air vehicle, with options for two more taking the potential value to $517 million.
Both airships were designed to carry a 2,500-lb. payload of multiple sensors and communications links to an operating altitude of 20,000 ft. Blue Devil 2 was designed for an endurance of four to five days and LEMV for up to 21 days.
LEMV was a hybrid airship, using a combination of buoyant, aerodynamic and propulsive lift to extend endurance and ease ground handling. The airframe was designed by U.K. company Hybrid Air Vehicles (HAV).
The Government Accountability Office (GAO) reported in October 2012 that the first LEMV was 12,000 lb. overweight, reducing endurance to four-five days. The Army proposed lowering the operating altitude to 16,000 ft. to push endurance back up to 16 days.
Cancellation of LEMV is a blow for HAV, which has been trying to get its hybrid airship technology off the ground for decades. An agreement to develop a commercial heavy-lift cargo version of the vehicle slipped through the company’s fingers in August, when Canada’s Discovery Air let the tentative deal lapse.
Quelle: Aviation Week
« Zum vorherigen Eintrag Zum nächsten Eintrag »
4145 Views
Created with page4