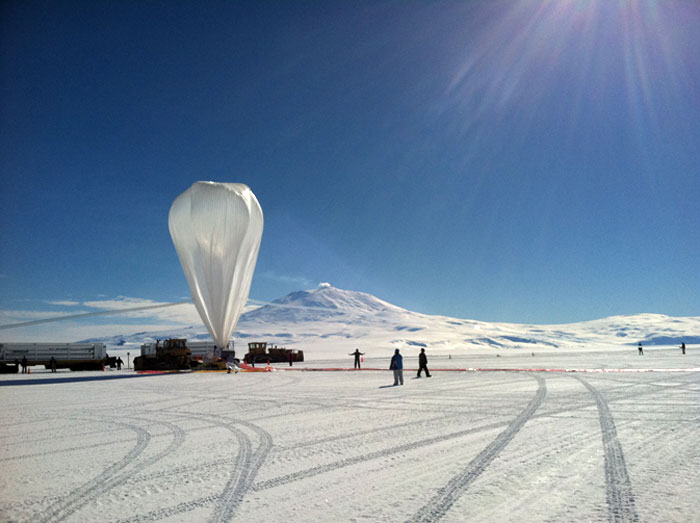 Flying high over Antarctica, a NASA long duration balloon has broken the record for longest flight by a balloon of its size.
The record-breaking balloon, carrying the Super Trans-Iron Galactic Element Recorder (Super-TIGER) experiment, has been afloat for 46 days and is on its third orbit around the South Pole.
"This is an outstanding achievement for NASA's Astrophysics balloon team," said John Grunsfeld, associate administrator for the Science Mission Directorate at NASA Headquarters in Washington. "Keeping these huge balloons aloft for such long periods lets us do forefront science that would be difficult to do otherwise."
Super-TIGER is flying a new instrument for measuring the rare heavy elements among the flux of high-energy cosmic rays bombarding the Earth from elsewhere in our Milky Way Galaxy. The information retrieved from this mission will be used to develop an understanding where these energetic atomic nuclei are produced and how they achieve their very high energies.
Super-TIGER launched Dec. 8, 2012, from the long duration balloon site near McMurdo Station, Antarctica. The massive 39-million cubic foot scientific balloon carries the 6,000 pound Super-TIGER payload -- equivalent to a large sports utility vehicle -- at a float altitude of 127,000 feet, more than four times the altitude of most commercial airliners. Size-wise, more than 200 blimps could fit inside the balloon.
The Super-TIGER flight shattered the previous record of 41 days and 22 hours, previously set in 2005. The Super-TIGER team plans to fly for another 8-10 days to have it fly closer to McMurdo Station before terminating the flight and recovering the experiment.
"It has taken eight years, but we are so excited about breaking the long duration balloon record. In addition, it looks like the Super-Tiger flight, which is still collecting science data, will raise the bar by a week or two," said Debora Fairbrother, chief of the Scientific Balloon Program Office at NASA’s Wallops Flight Facility in Virginia.
The long duration balloon site at Willy Field, McMurdo Station, takes advantage of the stratospheric anti-cyclonic wind pattern circulating from east to west around the South Pole. The stratospheric wind circulation combined with the sparsely populated continent of Antarctica allows for long duration balloon flights at altitudes above 100,000 feet.
The National Science Foundation Office of Polar Programs manages the U.S. Antarctic Program and provides logistic support for all U.S. scientific operations in Antarctica. The NSF Antarctic Support Contractor provides material support to the NASA Balloon Program, including support of launch and recovery operations throughout the Antarctic Campaign.
The principal investigator of the Super-TIGER mission is Dr. Walter Binns of Washington University, St. Louis, Mo.
NASA’s Columbia Scientific Balloon Facility in Palestine, Texas, is responsible for launch operations and command and control of the balloon during flight.
- 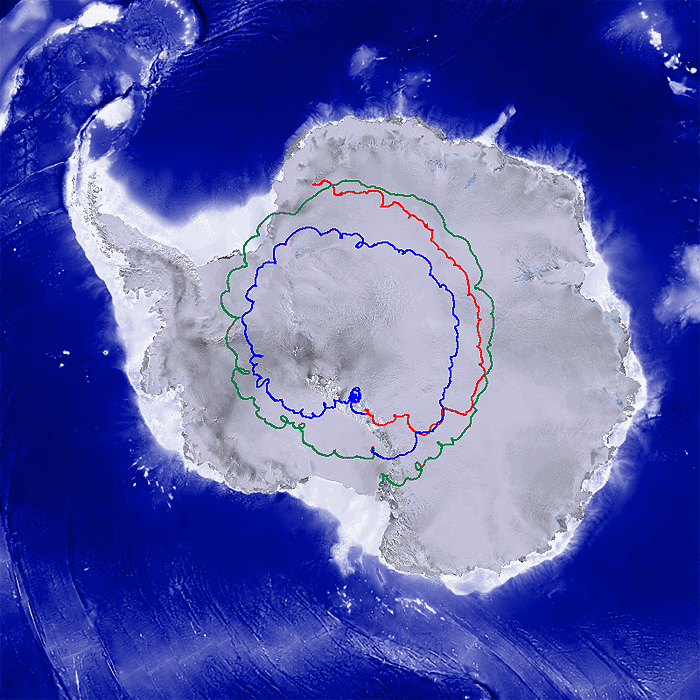 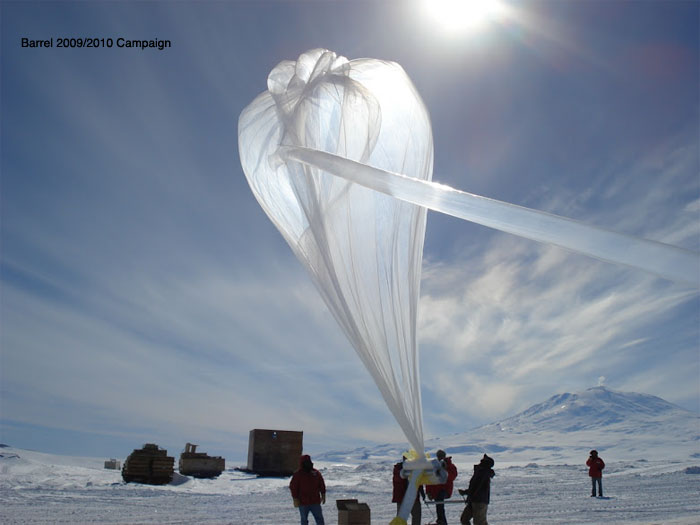 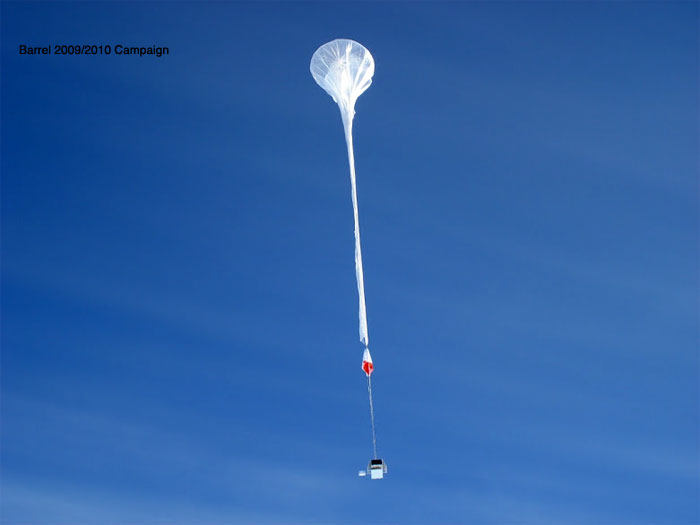 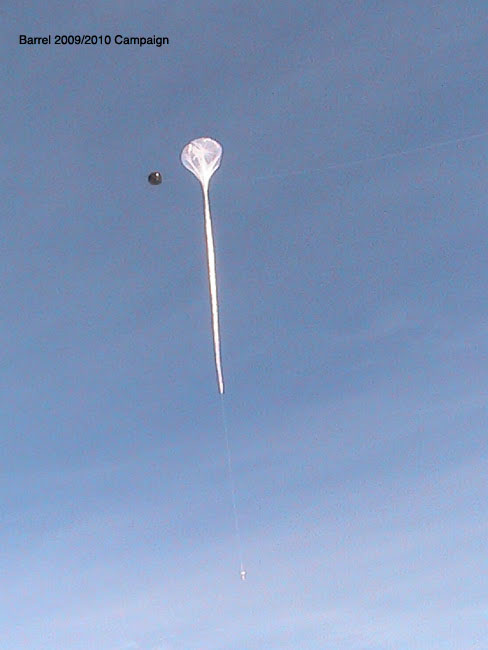 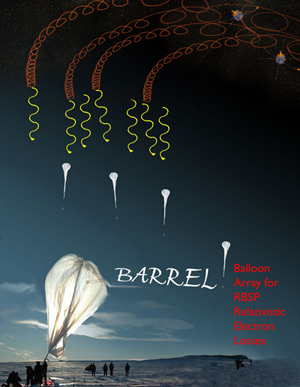 The proposed investigation will address the RBSP goal of, "differentiating among competing processes affecting precipitation and loss of radiation particles" by directly measuring precipitation during the RBSP mission. BARREL (Balloon Array for RBSP Relativistic Electron Losses) will simultaneously measure precipitation over 8-10 hours of magnetic local time, and observe precipitation in conjunction with the RBSP spacecraft. We will combine the measurements of precipitation with the RBSP spacecraft measurements of waves and energetic particles, achieving the following specific science objectives during the RBSP mission:
Determine the total electron loss rate during RBSP relativistic electron events by simultaneously measuring the precipitating flux of relativistic electrons over a wide range of local times. The loss rate will be compared with changes in the trapped flux for specific relativistic electron events to help quantify relativistic electron acceleration, and determine whether pitch-angle scattering is occurring in the strong-diffusion limit.
Directly test models of wave-particle interactions in order to differentiate among different loss processes by combining precipitation measurements with simultaneous RBSP in situ wave and energetic particle measurements. We will quantitatively test whether EMIC waves and chorus are responsible for duskside MeV events and microburst precipitation respectively. This will be crucial for validating the models that will be used to calculate losses based only on in-situ RBSP measurements, for example during times when global precipitation measurements are not available.
Determine the relative importance of duskside MeV events and microburst precipitation and their associated precipitation mechanisms for different magnetic activity levels. This will be achieved by comparing the precipitation loss rates due to both types of precipitation. BARREL will detect 120 duskside MeV events, allowing us to produce the first magnetic local time/L-value distribution of these events, which can then be compared to the distribution for microbursts measured by SAMPEX.
Characterize the spatial extent and spatial structure of precipitation, which has been addressed previously only in a statistical sense. The region over which waves scatter electrons is a critical parameter for modeling electron loss timescales. This is particularly important when direct precipitation measurements are not available. BARREL will simultaneously measure precipitation at 5-8 different locations in correlation with wave measurements made by RBSP.
-
Quelle: NASA / Dartmouth Balloon Group
« Zum vorherigen Eintrag Zum nächsten Eintrag »
3867 Views
Created with page4