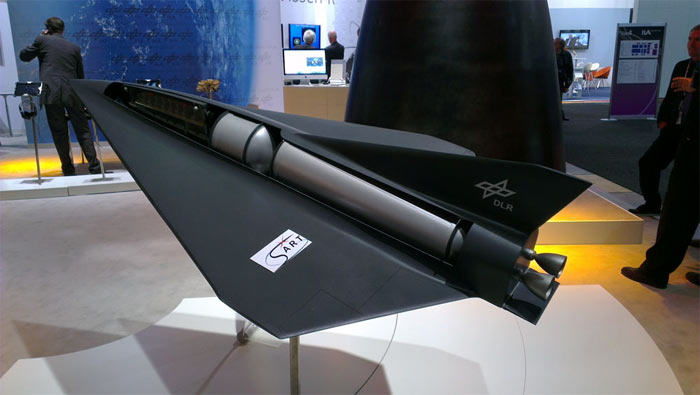 A hypersonic "SpaceLiner" would whisk up to 50 passengers from Europe to Australia in 90 minutes. The futuristic vehicle would do so by riding a rocket into Earth's upper atmosphere, reaching 24 times the speed of sound before gliding in for a landing.
Many challenges still remain, including finding the right shape for the vehicle, said Martin Sippel, project coordinator for SpaceLiner at the German Aerospace Center. But he suggested the project could make enough progress to begin attracting private funding in another 10 years and aim for full operations by 2050.
The current concept includes a rocket booster stage for launch and a separate orbiter stage to carry passengers halfway around the world without ever making it to space. Flight times between the U.S. and Europe could fall to just over an hour if the SpaceLiner takes off — that is, if passengers don't mind paying the equivalent of space tourism prices around several hundred thousand dollars.
-
Quelle: DLR
« Zum vorherigen Eintrag Zum nächsten Eintrag »
4121 Views
Created with page4