Currently, Boeing estimates that the MTV, SEP, and CTH systems could be capable of achieving a 12 year lifetime. If this comes to pass, the MTV would be used for multiple missions to Mars – thus significantly reducing programmatic costs compared to architectures calling for non-reusable MTVs and crew habitats.

Under this proposed mission, an evolved SLS rocket would be used to launch a Mars Cargo Lander (MCaL) with attached In-Space Stage into LEO – with the MCaL then ferried by the In-Space Stage to the EMLP platform and the MTV. 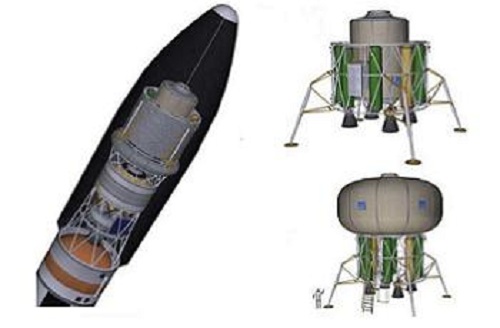 Under this configuration, the MTV’s CTH would be removed and the MCaL attached instead.

With this plan, the MCaLs would serve not only as stock pile locations for crew supplies and storage but would also serve as the primary habitats for Mars crew surface operations.

After attaining Mars orbit, the MCaL would separate from the MTV and descend to the Martian surface.

Once safely on the surface, the MCaL’s cylindrical surface would be raised and its habitatable volume inflated – again capitalizing off Bigelow’s inflatable habitat technology.

The MTV would then return to the EMLP platform for refurbishment and reuse.

Launching aboard an evolved SLS rocket, the Martian surface crew would carry to LEO with them an In-Space Stage. A Mars Crew Lander (MCL) would be launched beforehand and transferred to the MTV at the EMLP platform. 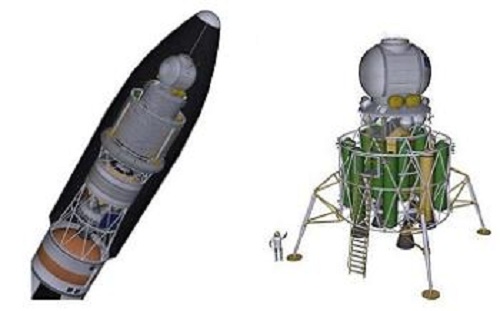 After propelling themselves to the MTV, the crew would transfer SEP xenon or krypton resupplies to the MTV, check out the craft’s systems, attach the MPCV, MCL, and In-Space Stage to the MTV, and prepare for their journey to the Red Planet.

After achieving Mars orbit, the crew would board the MCL and descend to the Martian surface near the already-present MCaL.

During landing, Boeing states that the crew would “land on Mars with accent and decent stages with CH4 engines, tankage, and other lander systems that demonstrate heritage” from the Boeing-proposed lunar architecture missions. 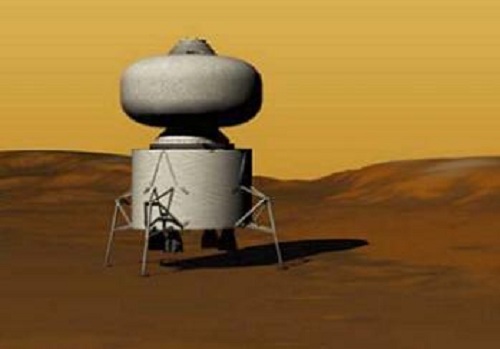 After safely landing on Mars, the crew would transfer to the MCaL, where they would live and work for the duration of Mars surface operations.

After completing their mission, the crew would transfer back the MCL and ascend to Mars orbit, where they would rendezvous with the MTV.

The MTV’s SEP would then take the craft out of Mars orbit and place it on a return trajectory to the EMLP platform.

Once back at the EMLP platform, the crew would board the MPCV and return to Earth.