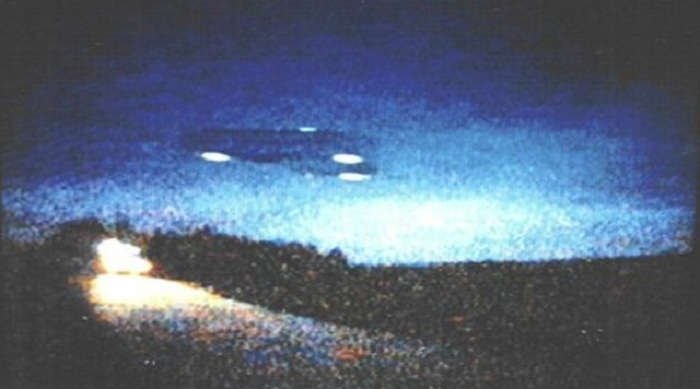 NORTH LAS VEGAS—An inflatable space pod to be attached to the International Space Station in a couple of years will be like no other piece of the station. NASA is contracting a private company to build an inflatable space pod for the International Space Station. Instead of metal, its walls will be made of floppy cloth, making it easier to launch (and then inflate). NASA said Wednesday that it had signed a $17.8 million contract with Bigelow Aerospace to build the module, which could reach the space station as soon as 2015.

We were driving to Lake Tahoe, my wife and I, headed north on one of the most breathtaking highways in the world, U.S. 395 along the eastern spine of the Sierra Nevada. The winter sun had dropped behind the jagged mountains and we had already been on the road a couple of hours since leaving Los Angeles. It was time to find a motel and dinner and especially wine.

She said something like, "What's that light? Is that the next town?" It was very big and very bright, and I had also been wondering if it announced the next strip of traveler services. Or maybe it was a radio tower. But then the light would be blinking, and red, like radio tower lights. And while we were looking at this light, it became a very large black triangular-shaped airship of some kind, hovering nearly motionless over the desert. There were single round lights on each corner, and a huge spotlight beam out of the center—we could see it traveling over the sagebrush on the valley floor about a hundred yards off the road. I pulled over to get a better look at this tremendous shape, but it zoomed past us and became a speck of light in the southern sky before vanishing altogether. When we got to Lone Pine and checked into a motel—the Dow Villa, highly recommended and right under Mt. Whitney—I got online and looked for someone to call. It was the week after Christmas 2001, and at that time an organization run by Robert Bigelow took reports of "black triangles," supposedly under contract with the FAA. Then, as now, the massive low-flying silent ships were regularly spotted by drivers on the open road.

We filled out an online report at the National Institute for Discovery Science website. Once we were back in L.A., a NIDS investigator called, claiming to be a former FBI agent. And that's what he sounded like, if you'd ever seen "The X-Files."

The National Institute for Discovery Science, or NIDS, spent a lot of time and money collecting reports of "Big Black Deltas." In 2004, it published its inconclusive findings, which made it to Space.com and MSNBC:

A key NIDS conclusion is that the actions of these triangular craft do not conform to previous patterns of covert deployment of unacknowledged aircraft. Furthermore, "neither the agenda nor the origin of the Flying Triangles are currently known." The years 1990-2004 have seen an intense wave of Flying Triangle aircraft, the study observes. Sifting through reports by hundreds of eyewitnesses, the NIDS assessment states that the behavior of the vehicles "does not appear consistent with the covert deployment of an advanced DoD [U.S. Department of the Defense] aircraft."

"The implications of the latter possibility are disturbing, especially during the post-9/11 era when the United States airspace is extremely heavily guarded and monitored," the NIDS study explains. "In support of option (a), there is much greater need for surveillance in the United States in the post-9/11 era, and it is certainly conceivable that deployment of low-altitude surveillance platforms is routine and open."

[...] In wrapping up its look at the burgeoning number of Flying Triangle sightings in the United States, NIDS also took into account the work of writers and researchers delving into the topic both in the United States and abroad. Those analyses fall into two camps: One says the Triangles are human-made, while the other says they are not.

Robert Bigelow then shut down his Las Vegas-based Institute For Discovery Science and announced a new company, Bigelow Aerospace. An earlier NIDS study suggested that the triangles were "lighter-than-air, blimp-style craft of the U.S. military’s making" powered by new "electrokinetic/field drives, or airborne nuclear power units." The silent deltas reported around America in the 1990s and early 2000s may well have been prototypes of the massive airships that have just gone into official production in Southern California. Or maybe these monster blimps that will carry tanks and helicopters to Afghanistan are something altogether different—the black triangles have been seen worldwide for half a century now, with some sightings dating to World War II.

The idea of NIDS fascinated me, both then and now. This was an actual paranormal investigations organization, and the more I looked into it, the more fascinating it became. Bigelow, who made a fortune from the extended-stay motel chain Budget Suites of America, had for years been pouring money into paranormal studies at the University of Nevada at Las Vegas. The physics lab at UNLV is named for Bigelow, who also gave $3.7 million to "for the creation and continuation of a program that would attract to the university renowned experts on aspects of human consciousness." A parapsychologist named Charles Tart was the Bigelow Chair of the program, which dealt with "altered states of consciousness, near-death experiences and extrasensory perception."

NIDS assembled a team that would go into the field, investigating weird places and strange events. It even purchased a Utah ranch with a history of UFO sightings and "skinwalkers," a kind of ancient monster which apparently travels through dimensional portals on the property. These things would routinely turn into werewolves and terrorize the ranch's caretakers and animals. The house itself was a paranoid nightmare, with a long hallway lined with closets that locked from the inside.

The top man at NIDS is a familiar name to anyone who ever waded into these esoteric topics: Retired U.S. Army Col. John B. Alexander, the real-life psychic Jedi warrior in Jon Ronson's book The Men Who Stare At Goats. Alexander is called "Col. Harold E. Phillips" in longtime Vanity Fair reporter Howard Blum's book about Reagan-era UFO hunting by the Pentagon, Out There The Government's Secret Quest for Extraterrestrials. The rest of the NIDS crew had similarly spooky backgrounds.

What did Bigelow find out during his years as the benefactor of a well-funded Scooby Gang of paranormal researchers from the Pentagon? Maybe nothing—the mysteries of consciousness and reports of the bizarre have baffled even the most dedicated minds. Maybe thinking about extended-stay motels and reports of space-worthy stealth blimps just gave him a good idea for a cheap space station. In any case, if you have enough money, you can book an extended stay in one of Bigelow's planned private orbital motels right now: "$26.25 million for a 60-day stay, including the ride to orbit atop a Falcon 9 rocket built by Space Exploration Technologies, or SpaceX," according to The New York Times, which will always write about travel for the rich but very rarely about rich people investigating werewolves.