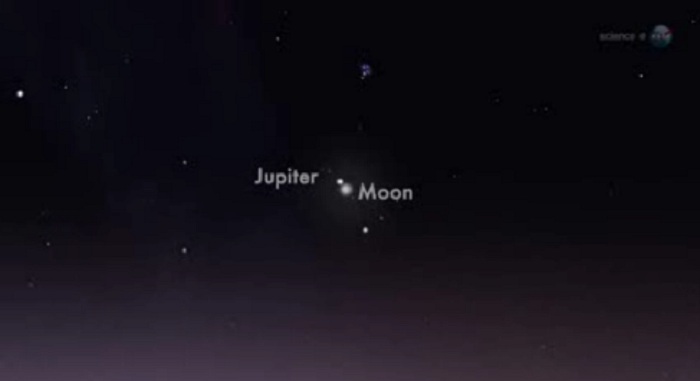 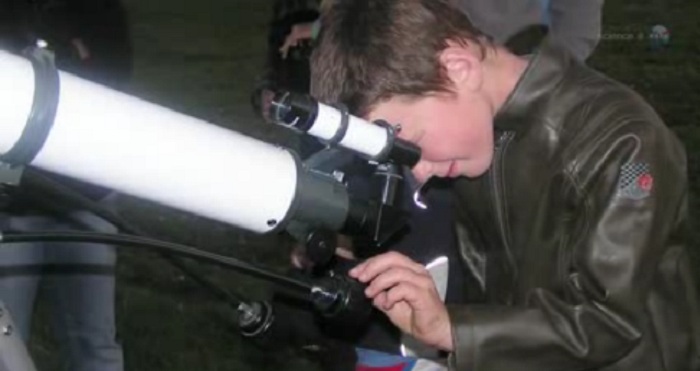 Just when you thought Christmas was over: At the end of the day on Dec. 25th, a pair of holiday lights will pop out of the deepening twilight. Jupiter and the Moon are having a Christmas conjunction.

It’s a beautiful apparition, visible all around the globe. Even city dwellers, who often miss astronomical events because of light pollution, can see the show. Separated by less than 2 degrees, the bright pair will beam right through urban lights.

For anyone who gets a telescope for Christmas, the timing is perfect. Jupiter and the Moon are among the most satisfying targets for backyard optics. A quick sweep of the telescope from Jupiter to the Moon and back again will reveal Jupiter's storms and cloud belts, the Moon's mountains and impact craters, and of course the four Galilean satellites circling the giant planet like a miniature solar system.

Jupiter's trademark Great Red Spot will also be on display--and it is worth a look. Astronomers recently announced that the enormous swirling storm, twice as wide as the planet Earth, is "spinning up."

Actually, explains planetary scientist Glenn Orton of NASA's Jet Propulsion Laboratory, "the Red Spot is shrinking." He likens it to "the iconic picture of a figure skater pulling her arms in to spin faster. As the size contracts, the spin rate increases."

John Rogers, head of the British Astronomical Association's Jupiter Section, noticed the phenomenon in recent pictures of Jupiter snapped by amateur astronomers. He was able to track a dark cloudy feature as it swirled three times around the Red Spot's central vortex. The circulating streak completed the circuit in only 4.0 days, shorter than the 4.5 days Rogers measured in 2006 using the same method.

Looking back in time, "the trend of decreasing rotation period has been consistent at least since Voyager visited Jupiter in 1979," says Rogers. As the spot shrinks, it also changes shape. Decades ago the Red Spot looked like a sausage – now it’s more circular.

What happens next is hard to say. "Perhaps the Red Spot will continue to shrink and eventually disappear," speculates Rogers. "Or perhaps it will be rejuvenated if some new storm arises to reinforce it."

One thing is certain, Christmas night is a good time to look. The Red Spot will be transiting Jupiter's middle for observers across North America and will be perfectly positioned for telescopic observations.

But you don't need a telescope to enjoy the show. Step outside at sunset on Dec. 25th and look east. After all, Christmas isn't really over until you've seen the holiday lights. 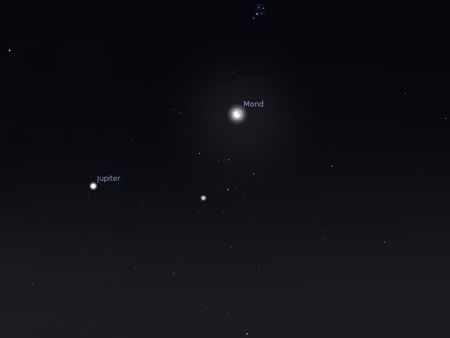