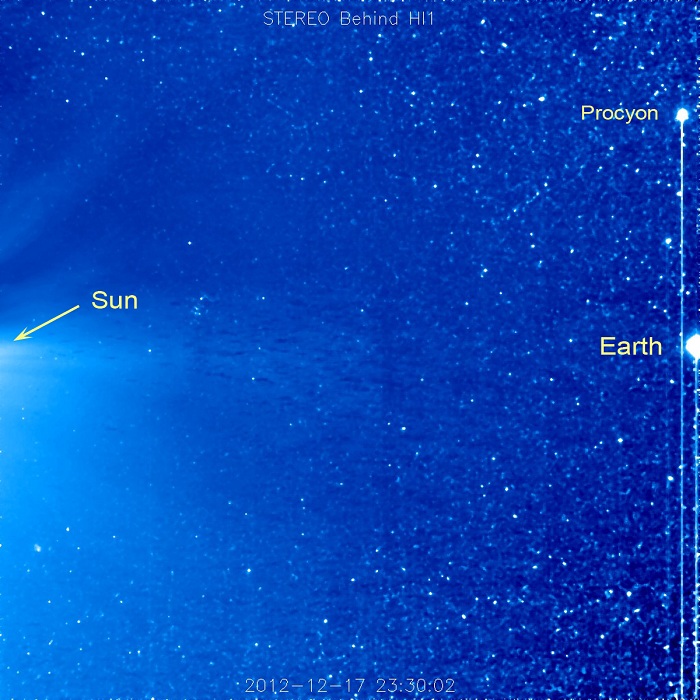 The STEREO Behind spacecraft has now moved far enough in its orbit for Earth to enter the HI1-B field-of-view. Earth has been visible in the HI2 telescopes since launch, but this is the first time it's been visible in either of the HI1 telescopes, which image areas closer to the Sun. This is happening because the STEREO spacecraft are moving closer to the points in their orbits at which they will be directly opposite Earth on the other side of the Sun.

In the above image, Earth is the object at the center right edge. The bright object near the upper-right corner is the bright star Pollux (β Gem; sorry for the incorrect label). Soon Earth will be visible in STEREO Ahead's HI1 and eventually in the coronagraphs. In 2015 the Earth will pass behind the Sunfrom the point of view of the two spacecraft.