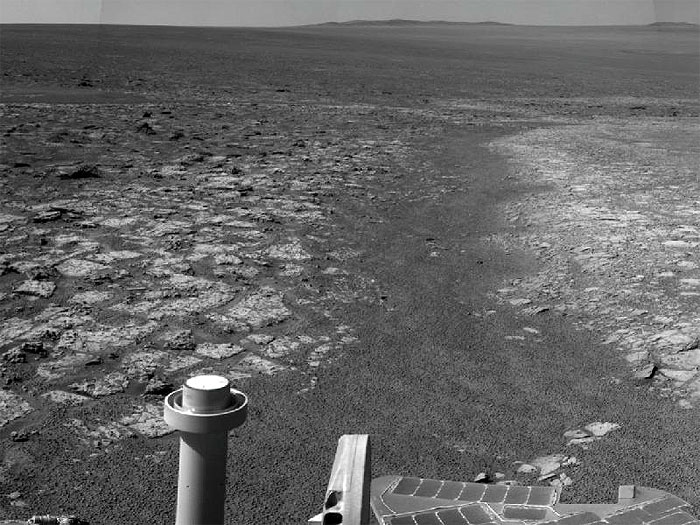 Opportunity arrived at this location on Sol 2989 (June 20, 2012) with a drive bringing the mission's total driving distance as of Sol 3000 to 21.432 miles (34,492 meters). Here it examined a rock target called "Grasberg" with its microscopic imager and alpha particle X-ray spectrometer, both before and after grinding the surface off the target with the rover's rock abrasion tool. Opportunity departed this location with an eastward drive of about 105 feet (32 meters) on Sol 3008 (July 10, 2012). 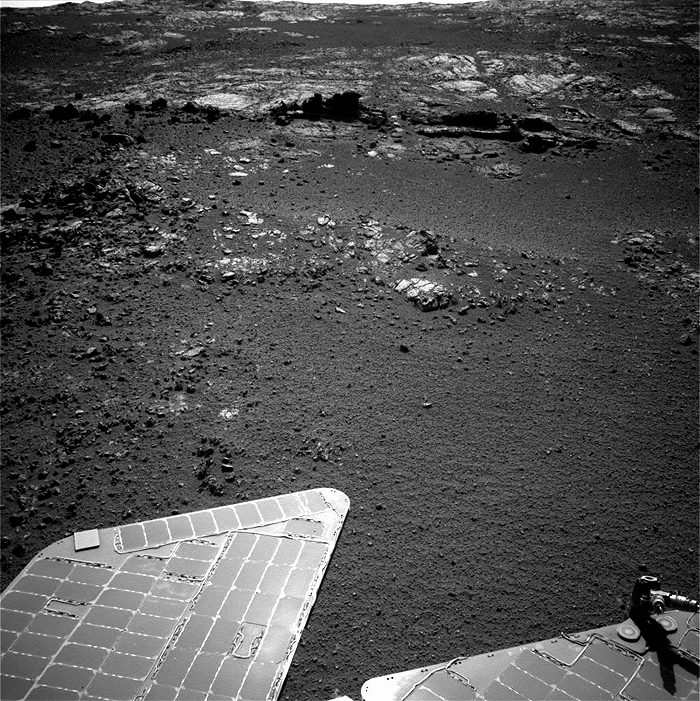 Outcrop Beckoning Opportunity, Sol 3057
The team operating NASA's Mars Exploration Rover Opportunity plans to investigate rocks in this area photographed by the rover's navigation camera during the 3,057th Martian day, or sol, of Opportunity's work on Mars (Aug. 23, 2012). Both the dark fins and the paler outcrop beyond them hold potential targets for studying with instruments on the rover.
Orbital investigation of the area has identified a possibility of clay minerals in this area of the Cape York segment of the western rim of Endeavour Crater.
This view is toward the west. A portion of the rover's solar array is in the foreground. Winds cleaned some of the accumulated dust from the array in June and July 2012.
- 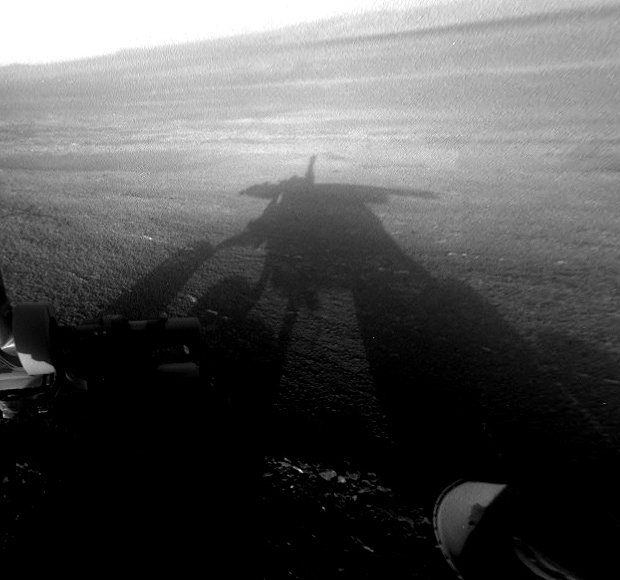 Shadow Self-Portrait by Opportunity at Endeavour Crater
NASA's Mars Exploration Rover Opportunity captured this view of its afternoon shadow stretching into Endeavour Crater during the 3,051st Martian day, or sol, of Opportunity's work on Mars (Aug. 23, 2012).
The rover was perched on the western rim of the crater, which is 14 miles (22 kilometers) in diameter.
Opportunity's front hazard-avoidance camera took this image. The camera has a fisheye lens; the image has been processed to straighten the horizon. This view echoes one of the most popular images of Opportunity's long-lived mission, a shadow self-portrait taken at Endurance Crater about eight years earlier.
- 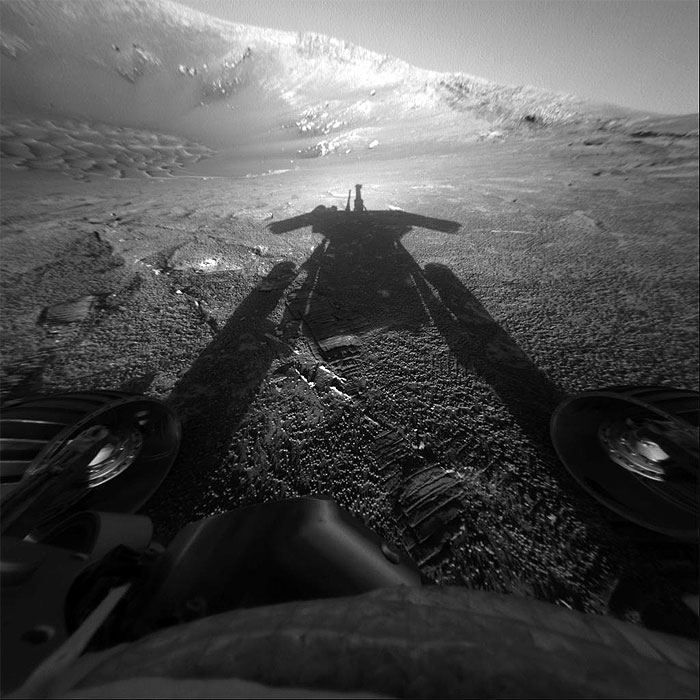 This self-portrait of NASA's Mars Exploration Rover Opportunity comes courtesy of the Sun and the rover's front hazard-avoidance camera. The dramatic snapshot of Opportunity's shadow was taken as the rover continues to move farther into "Endurance Crater." The image was taken on sol 180 (July 26, 2004), a date that marks achievement of fully double the rover's primary 90-sol mission.
- 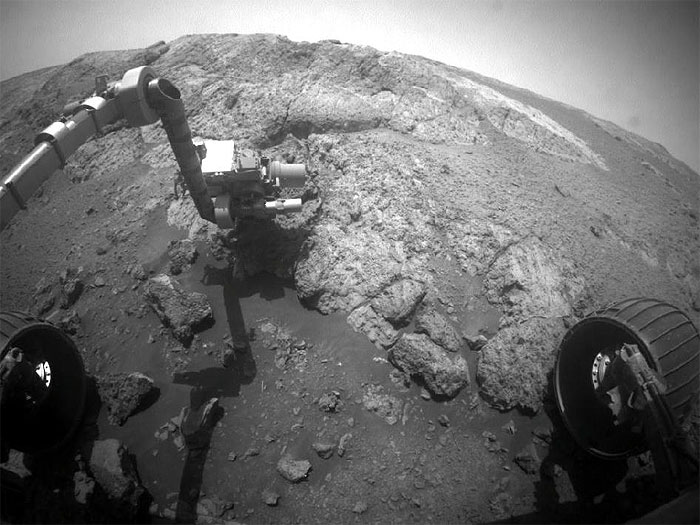 Opportunity Investigation Target 'Onaping'
This image from the front hazard-avoidance camera (Hazcam) on the NASA Mars Exploration Rover Opportunity shows the rover's arm extended for examination of a target called "Onaping" at the base of an outcrop called "Copper Cliff" in the Matijevic Hill area of the west rim of Endeavour Crater.
The image was taken during the 3,163rd Martian day, or sol, of Opportunity's work on Mars (Dec. 16, 2012).
-
Fotos: NASA
« Zum vorherigen Eintrag Zum nächsten Eintrag »
3946 Views
Created with page4