Air Force Space Command’s roots traced back to the 1940s 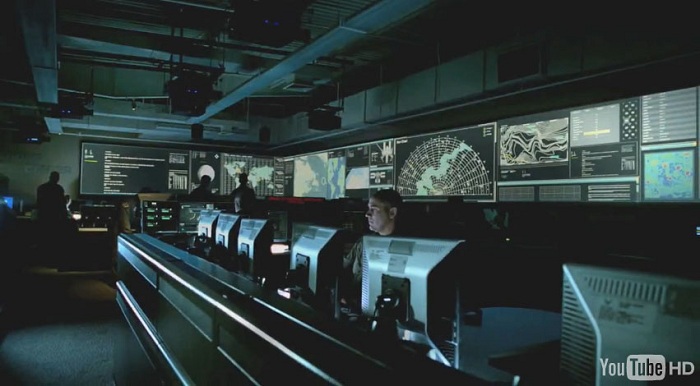 12/6/2012 - PETERSON AIR FORCE BASE, Colo. -- The reasons for Air Force Space Command's activation lay in events and decisions that date back nearly four decades, but the command's missions can be traced back even farther, to the post-World War II period.

The end of the war brought with it a new age of technology. Since then the Air Force has been involved in the development of space-related systems.

"General Hap Arnold, who headed the Army Air Forces during the war, foresaw that the future of the Air Force lay in technology," said George Bradley III, historian for the command. "One of those technology threads was the very highest ground, which was space."

Following the war, under Operation Paperclip, the U.S. recruited German scientists and used equipment the Nazi regime developed, such as the V-1 and V-2 rockets, in experiments to develop a nascent U.S. space program The scramble for Nazi technology and scientists created a series of events that presaged the coming Cold War, causing the U.S. to not only be concerned with possible threats from the skies but also from space.

The Soviet launch of Sputnik, the first man-made satellite, in October 1957 was a major milestone in the history of space. As a result, American interest in space quickly grew and the U.S. accelerated plans to launch its own satellite, Explorer I, which happened on Jan. 31, 1958.

Subsequently, the U.S. began to reorganize its space program. In 1958, a civilian space program was established. NASA focused its priorities on civil and manned spaced ventures. Two years after the formation of NASA, the U.S. established the National Reconnaissance Office to oversee highly classified reconnaissance satellites. Each service, including the Air Force, continued their own space programs. In the 1960s and 1970s the Air Force developed military satellite systems in areas such as meteorology, communications, early warning, and navigation.

"Even before the creation of the command, it was apparent that the application of those systems was essential to the military," said Bradley. "For example, the military used space-based communications and meteorological systems for the first time as part of a major military operation during the Vietnam War."

The increased dependence of the military on spaced based systems was apparent throughout the Department of Defense and especially in the Air Force.

By the late 1970s, a number of Air Force leaders identified there was a need to address how the service organized for space. There were three primary factors that led the Air Force to begin considering the establishment of a major command for space.

One of those factors was the increased operational use of space systems by the military.
The second factor was that the Air Force had diffused its own internal management of space systems and various space systems were assigned to a number of different commands, such as the Air Force Communications Command, Air Force Systems Command and Strategic Air Command. Assignment to a command had been based on which organization had the greatest functional need for a particular space-based capability. This made an internal focus on space within the Air Force more difficult to achieve.

The dispersal of space systems among Air Force major commands challenged the coordination of specific requirements and operational concepts and forced the Air Staff to perform programmatic tasks that more appropriately belonged at a major-command level. Additionally, as space systems matured and became more sophisticated, some possessed multiple capabilities that made it more challenging to assign them to a specific command.

The third factor involved plans for a military version of a reusable launch system, the Space Transportation System, or as it is more commonly known, the Space Shuttle. In 1974, after President Richard Nixon announced NASA's development of the shuttle, the Air Force began looking at the shuttle as a way to put satellites into orbit on a more efficient and less costly basis. At least four Air Force major commands -- Strategic Air Command; Aerospace Defense Command (ADCOM), Air Force Systems Command and Military Airlift Command -- contended that they would be the logical choice to operate the shuttle for military purposes.

Decisions were made more difficult by discussions about whether the Department of Defense needed a Shuttle Operations and Planning Complex separate from NASA's Johnson Space Center. The DoD had already provided significant funding for the shuttle program, and as noted above, had plans to use the program to put satellites into space. A couple of those plans came to fruition as development of a launch complex for the military shuttle proceeded at Vandenberg Air Force Base, Calif., and a Shuttle Operations and Planning Center was under development at Falcon Air Force Station, Colo.

All these issues led the Air Force to conduct a number of studies on its organization for space operations.

"Both the 'New Horizons II' study in 1975 and the more comprehensive 'Future Air Force Space Policy and Objectives' study in 1977 pointed out that the service's inefficient utilization of space assets was inadequate for the variety of space based systems that could assist the military throughout the world," said Bradley.

The need to focus space in one command was necessary, but how it was to be done was in question.

In early 1977, the Chief of Staff of the Air Force chartered a small group, the Creedon group, to look at how the Air Force was organized and if any elimination of major commands could be made to achieve manpower and money efficiencies. The group recommended the possibility of disestablishing ADCOM. Since the late 1950s, ADCOM had served as the focal point for the Air Force's ground-based space assets such as missile warning and space surveillance.

ADCOM leaders objected to the plan and pointed out that they should be the "foundation for current and future operational management of expanding space operations." In October 1978, General James Hill, ADCOM commander, appealed to fellow four-star generals at a Corona meeting for retention of ADCOM as the operator of Air Force space systems.

Despite these efforts, ADCOM was disestablished in October 1979 and ADCOM's air defense resources were transferred to Tactical Air Command with ADCOM missile warning and space surveillance resources going to Strategic Air Command. An Aerospace Defense Center remained from ADCOM remnants.

When Secretary of the Air Force John C. Stetson made the final decision to dissolve ADCOM, he also suggested that the Chief of Staff of the Air Force, General Lew Allen, look at how the Air Force could organize itself to better perform space operations.

With his suggestion came more studies. The "Space Missions Organizational Planning Study" of 1979, conducted by an executive committee, had a number of recommendations for reorganization, to include the establishment of a new major command for space operations. In 1980, the Air Force's "Summer Study on Space" highlighted organizational deficiencies that prevented the Air Force from fully realizing opportunities in space.

In 1981, Air Staff created the Directorate for Space Operations, which conducted an intensive study on space as a support tool in war fighting. This directorate was also a driving influence toward a better space organization for the Air Force.

"In 1981, the Commander of Air Force Systems Command, General Robert Marsh, and commander of NORAD and Aerospace Defense Center, General James Hartinger, agreed on the need for a better Air Force space organization," said Bradley. "They began working together to create an operational major command for space."

In February 1982, at Corona South, Marsh and Hartinger raised the issue of developing a new space command and General Allen directed them to develop a more detailed briefing on how to move towards an operational command for space.

In April 1982, Hartinger presented the briefing to Allen who directed Hartinger to begin planning for a new command, a space command. The formation of an Air Force major command for space, Space Command, was announced on June 21, 1982, and was activated on Sept. 1 1982, with Hartinger as its first commander.

Over the next 30 years, AFSPC became the central focus for space within the Air Force and acquired multiple assets with responsibilities to include space surveillance, missile warning sensors, space launch, space acquisitions, satellite command and control and a number of others. Today AFSPC not only retains the space mission but also has responsibility for the Air Force cyber mission. 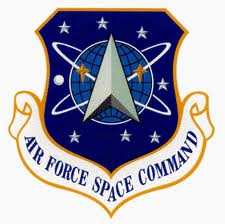