Sea Launch AG has successfully launched the EUTELSAT-70B satellite from the Equator on the ocean-based Launch Platform Odyssey, completing its 2nd mission for Eutelsat and marking the completion of Sea Launch's third and final mission in 2012.
The Zenit-3SL rocket carrying the spacecraft lifted off at 12:43:59 Pacific Standard Time (PST) on Monday, December 3rd (20:43:59 UTC/GMT, 21:43:59 CET) from the launch platform, positioned at 154 degrees West longitude in the Pacific Ocean. One hour and six minutes later, the Block DM-SL upper stage inserted the satellite, weighing 5,210 kilograms (11,485 lbs.) and built by Astrium, an EADS company, into geosynchronous transfer orbit, on its way to a final orbital position at 70.5 degrees East longitude. Eutelsat acquired the spacecraft's first signals from orbit shortly after spacecraft separation. All systems performed nominally throughout the launch mission.
Following acquisition of the spacecraft's signal, Kjell Karlsen, president of Sea Launch AG, congratulated Eutelsat and Astrium.
"We take great pride in having successfully delivered Eutelsat's spacecraft accurately into its designated transfer orbit. Once again, the Zenit-3SL/B has proven itself as a reliable and accurate launch system with an overall launch success rate of 95 percent." Karlsen continued, "To our colleagues at the launch site and around the world – well done! Your dedication to perfection reflects the best of what Sea Launch represents. "
Michel de Rosen, Eutelsat CEO, added "The flexible EUTELSAT 70B satellite will further consolidate Eutelsat's commercial response to clients providing video, data and telecoms services in a vast footprint encompassing Europe, Africa, Asia and Australia. Our thanks go to Sea Launch AG, Energia Logistics and RSC Energia for this flawless launch and their professionalism throughout the campaign. With tonight's launch successfully completed, we are now fully focused on working with our industrial partner Astrium, to bring EUTELSAT 70B into full commercial service in January 2013."
The EUTELSAT 70B satellite is based on the Astrium Eurostar E-3000 platform with a designed in-orbit lifetime exceeding 15 years. With a 48- Ku-band transponder payload, it will replace the EUTELSAT 70A spacecraft and more than double Eutelsat's resources at its 70.5° East longitude location to provide premium communications services for users in Europe, Africa, Asia and Australia.
-
Quelle+Frams: Sea-Launch 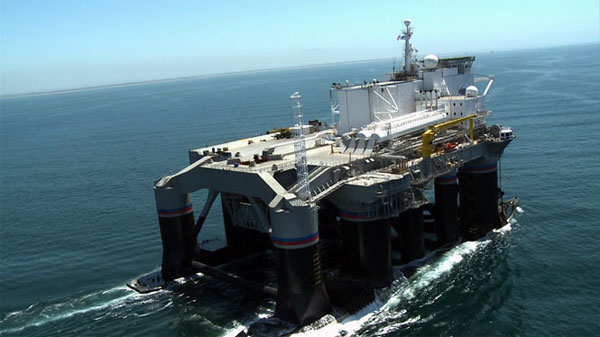 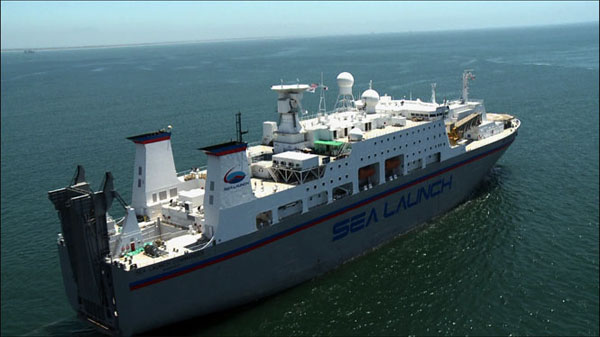