With all of the excitement of the Mars Curiosity landing, many are looking to move from robots to humans for exploration beyond Earth's orbit. Keeping in mind the Seven Minutes of Terror, just imagine the nail-biting moments of putting people into the harsh environment of space far from their home planet. Taking the guess work out of long-duration exploration, however, is one of the benefits of the International Space Station. This orbiting laboratory serves as a test bed for technology and helps researchers understand how to prepare for extended trips in space.
"The space station is so valuable in this effort because it provides so much of what encompasses a long-duration transit mission, but with the convenience and lower risk of being located in low Earth orbit," said George Nelson, manager of International Space Station Technology Demonstration with NASA.
Communications is one of the concerns that the space station can assist with, as delays of radio and telemetry information between the crew and mission control increase the further a vehicle gets from the Earth. Current space station operations rely on fast and almost continuous voice, data, command, and telemetry transmissions with controllers on the ground. Mars missions, however, could have up to a 20-minute delay in sending and receiving data. While the timing varies from destination to destination, the approach to preparing for continued operations is the same.
Astronauts need proven procedures for how to operate independently from mission control. Aboard station, the crew practices countermeasures for delays by operating certain activities with self-enforced lapses in communications. For instance, in the summer of 2012 astronauts successfully performed preventative maintenance on the COLBERT on-orbit treadmill while purposely not speaking with flight controllers. This is a step in the right direction for creating autonomy.
"The operations community has recently worked to revise many space station crew procedures to eliminate the need for communication with the ground," said Nelson. "We are currently testing some of these revised procedures on station to verify that they can be performed effectively. In addition, we are attempting new procedure formats, uplinked videos for instance, that may be even more effective."
The Materials International Space Station Experiment, or MISSE, series of investigations also helps with the development of protective materials. These advances may safeguard future vehicles and crew against things like radiation, extreme temperatures, atomic oxygen, and sunlight. The samples fly for set durations of time in direct contact with the space environment, prior to returning to the ground for testing.
Maintaining a safe living area in space requires technology advances not only for vehicle exteriors, but for inside as well. Researchers and engineers continually look to find better ways to provide a crew with clean, sustainable air and water. For instance, aboard the station the Environmental Control and Life Support System, or ECLSS, advances scientific understanding and design elements to improve future closed-loop life support systems.
Other benefits of this on-orbit testing include greater efficiency, design improvements to reduce equipment mass, and accelerated technology developments thanks to longer trial periods in microgravity. One new life support technology currently undergoing testing aboard station is the Amine Swingbed. This equipment is designed to remove carbon dioxide from the living space inside the modules of the orbiting laboratory. When humans take in oxygen, they breathe out carbon dioxide, which needs to be scrubbed from the air to ensure continued crew health. This system is more compact and runs on less power than its predecessors.
"Testing of various life support systems is an ideal use of the space station," said Nelson. "Reliability of these systems on long distance/duration missions is paramount. We can verify design reliability in the microgravity environment by using them on station without any mission or crew risk, since the existing systems are always available."
The Curiosity of humanity may have reached Mars first, but it is our continued innovations and testing, like those done aboard the space station, that will help people follow the lander to the Red Planet and beyond.
- 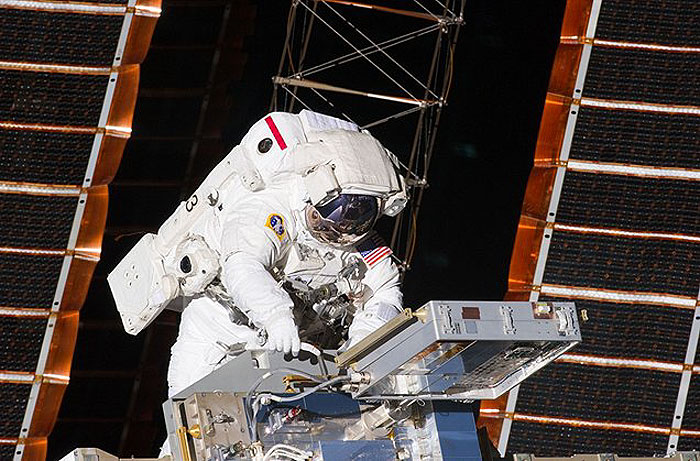 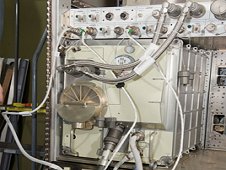