Soyuz is given the “go” for tomorrow’s Arianespace launch with a pair of Galileo navigation spacecraft
October 11, 2012 – Soyuz Flight VS03
Arianespace’s third Soyuz launch from the Spaceport in French Guiana has been authorized for liftoff tomorrow on a mission to orbit two additional spacecraft for Europe’s Galileo navigation satellite constellation.
This “go” approval was given today after the regular pre-launch review for Arianespace missions, confirming the readiness of its medium-lift Soyuz, the ELS launch site and associated infrastructure at the Spaceport, along with the network of flight-following tracking stations.
The mission is designated VS03 in Arianespace’s flight numbering system, and will be performed from the purpose-built ELS launch facility for Soyuz, located in the Spaceport’s northern sector near the city of Sinnamary.
All is set for an October 12 liftoff at 3:15:01 p.m. local time in French Guiana on a mission lasting just under 3 hrs., 45 min., which includes the powered flight of Soyuz’ three stages and two propulsive burns of the Fregat upper stage.
The payload is a second pair of Galileo In-Orbit Validation (IOV) satellites, weighing 700 kg. each, which will join the initial two IOV spacecraft orbited on Arianespace’s historic VS01 flight on October 21, 2011 – which marked Soyuz’ introduction at the Spaceport.
Today’s readiness review followed a full-scale rehearsal, held yesterday, that simulated the launch and involved the same teams and communication links to be used during the actual mission.  Both Galileo IOV spacecraft – which are integrated atop Soyuz in the 4.1-meter-diameter ST payload fairing – have now been activated for their useful operational lifetimes of approximately 12 years.
The four satellites launched on Arianespace’s VS03 and VS01 missions will form an operational mini-constellation that enables a validation of the Galileo system.  All four spacecraft were built by a consortium led by the Astrium division of EADS, with assembly and testing performed by Thales Alenia Space.
Galileo is a European initiative, with this navigation system being developed in a collaborative effort of the European Union and the European Space Agency.
Quelle: arianespace
-
Update 12.10.2012 / 23.00 MESZ
- 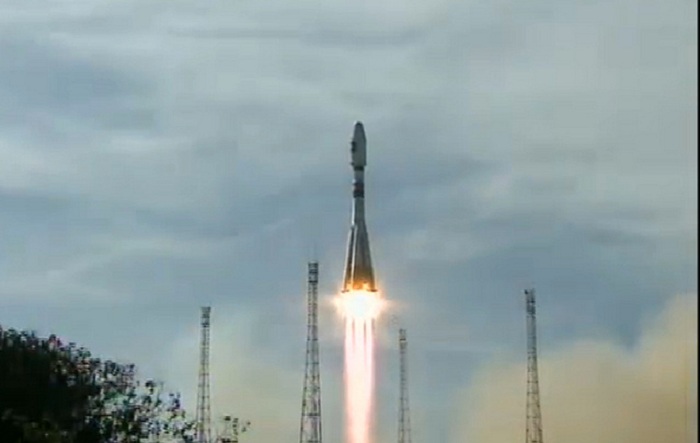 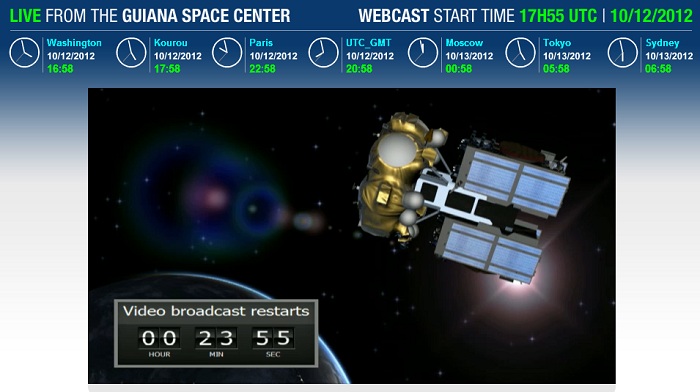 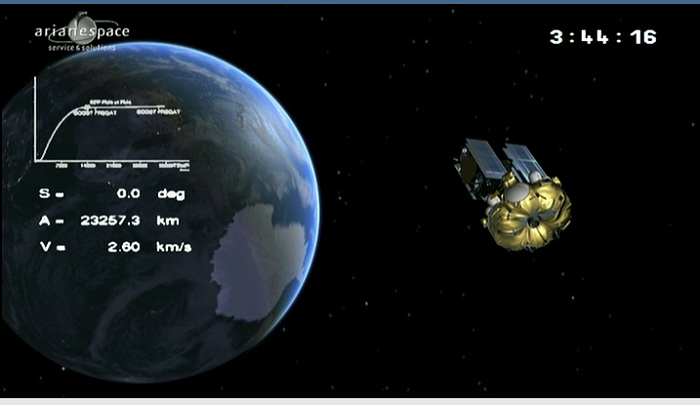 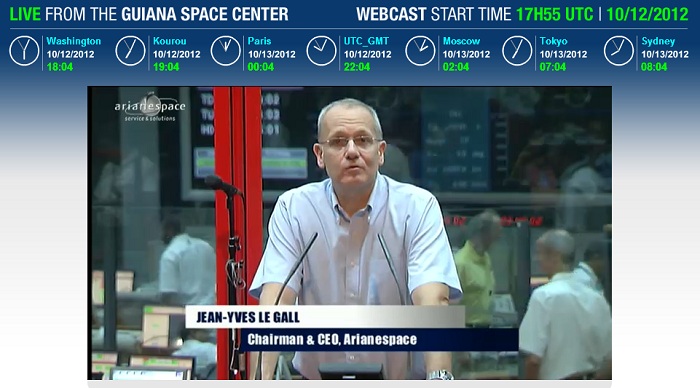 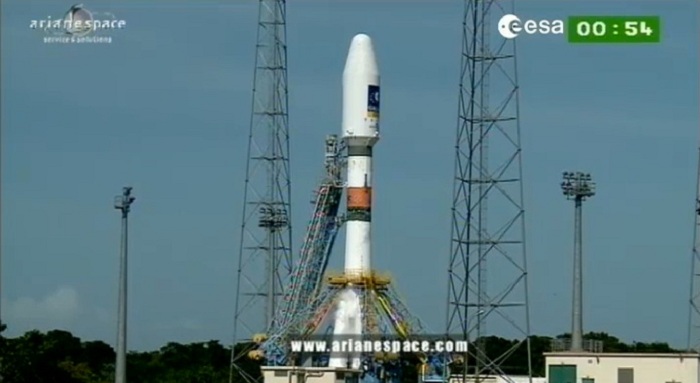 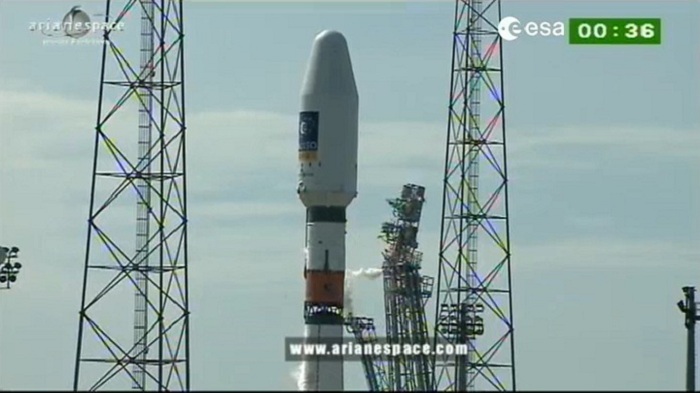 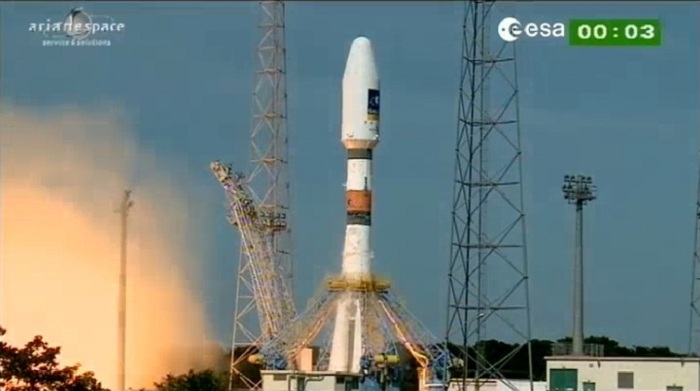 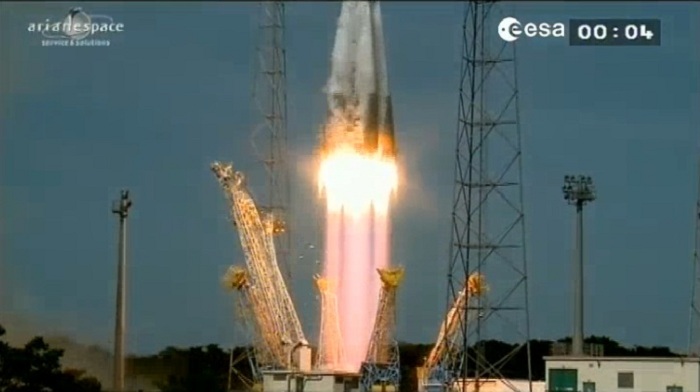 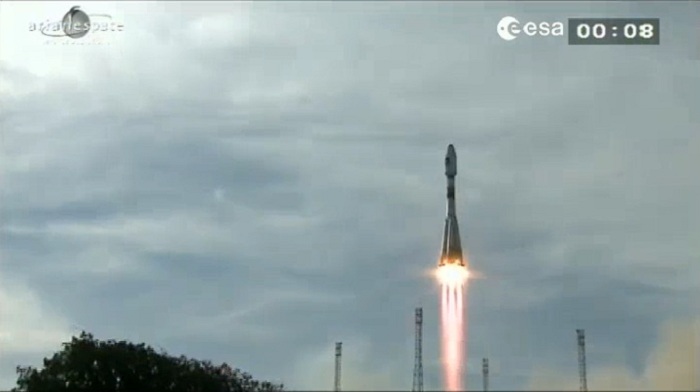 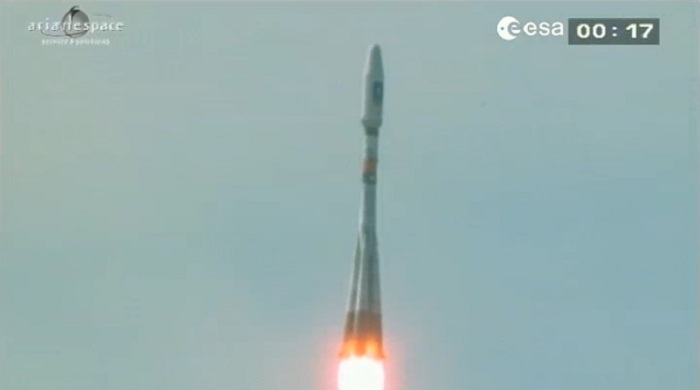 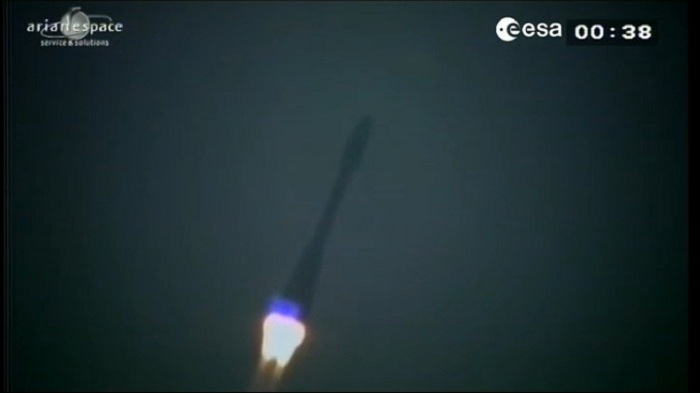