A planetary nebula results when a star like the sun becomes a red giant and sheds its outer layers.
This gallery of four planetary nebulas shows Chandra X-ray data in purple and optical Hubble Space Telescope data in red, green and blue.
The diffuse X-ray emission seen with Chandra is caused by shock waves as a wind from the hot remnant of the star collides with the ejected atmosphere.
The four planetary nebulas are all located less than 5000 light years from Earth.
This gallery shows four planetary nebulas from the first systematic survey of such objects in the solar neighborhood made with NASA's Chandra X-ray Observatory. The planetary nebulas shown here are NGC 6543, also known as the Cat's Eye, NGC 7662, NGC 7009 and NGC 6826. In each case, X-ray emission from Chandra is colored purple and optical emission from the Hubble Space Telescope is colored red, green and blue.
In the first part of this survey, published in a new paper, twenty one planetary nebulas within about 5000 light years of the Earth have been observed. The paper also includes studies of fourteen other planetary nebulas, within the same distance range, that Chandra had already observed.
A planetary nebula represents a phase of stellar evolution that the Sun should experience several billion years from now. When a star like the Sun uses up all of the hydrogen in its core, it expands into a red giant, with a radius that increases by tens to hundreds of times. In this phase, a star sheds most of its outer layers, eventually leaving behind a hot core that will soon contract to form a dense white dwarf star. A fast wind emanating from the hot core rams into the ejected atmosphere, pushes it outward, and creates the graceful, shell-like filamentary structures seen with optical telescopes.
The diffuse X-ray emission seen in about 30% of the planetary nebulas in the new Chandra survey, and all members of the gallery, is caused by shock waves as the fast wind collides with the ejected atmosphere. The new survey data reveal that the optical images of most planetary nebulas with diffuse X-ray emission display compact shells with sharp rims, surrounded by fainter halos. All of these compact shells have observed ages that are less than about 5000 years, which therefore likely represents the timescale for the strong shock waves to occur.
About half of the planetary nebulas in the study show X-ray point sources in the center, and all but one of these point sources show high energy X-rays that may be caused by a companion star, suggesting that a high frequency of central stars responsible for ejecting planetary nebulas have companions. Future studies should help clarify the role of double stars in determining the structure and evolution of planetary nebulas.
These results were published in the August 2012 issue of The Astronomical Journal. The first two authors are Joel Kastner and Rodolfo Montez Jr. of the Rochester Institute of Technology in New York, accompanied by 23 co-authors.
NASA's Marshall Space Flight Center in Huntsville, Ala., manages the Chandra program for NASA's Science Mission Directorate in Washington. The Smithsonian Astrophysical Observatory controls Chandra's science and flight operations from Cambridge, Mass.
Fotos+Quelle: NASA
- 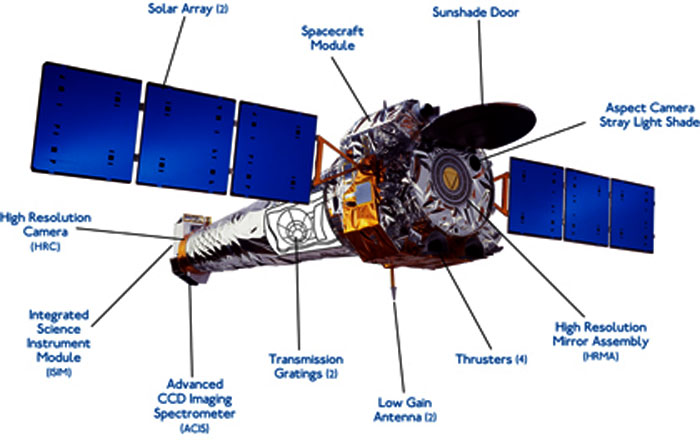 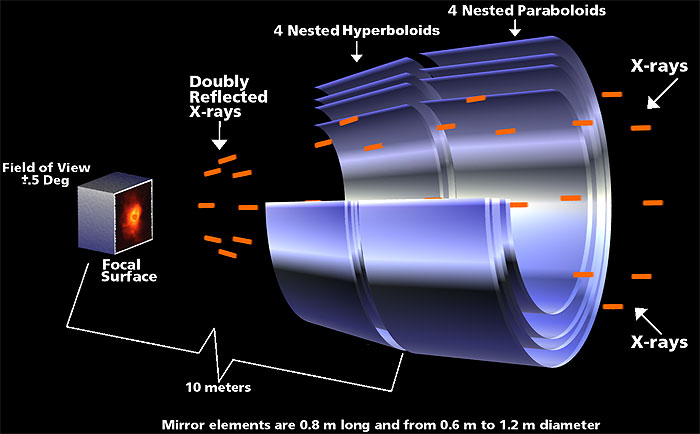