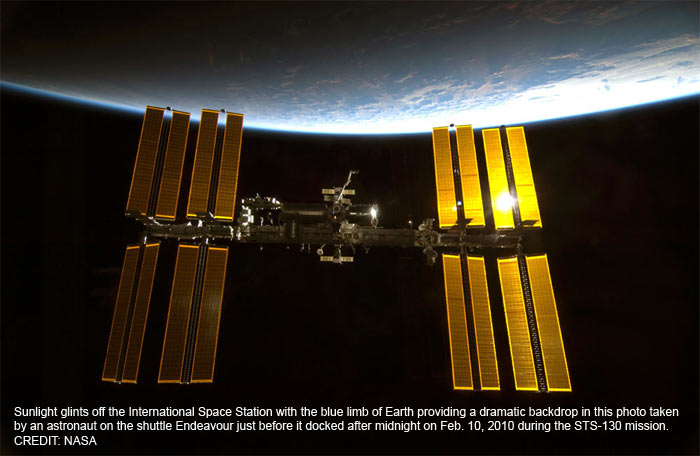 The first 12-month mission to the International Space Station may launch in 2015, according to Russian media reports.
Under the plan, two astronauts — one Russian and one American — would blast off in March 2015 on an experimental endurance mission that's twice as long as current space station stays, officials with Russia's Federal Space Agency (known as Roscosmos) said Tuesday (Oct. 3).
"The principal decision has been made, and we just have to coordinate the formalities," said Alexei Krasnov, head of manned space missions at Roscosmos, according to Russian news agency Ria Novosti. "If the mission proves to be effective, we will discuss sending year-long missions to ISS on a permanent basis."
« Zum vorherigen Eintrag Zum nächsten Eintrag »
4100 Views
Created with page4