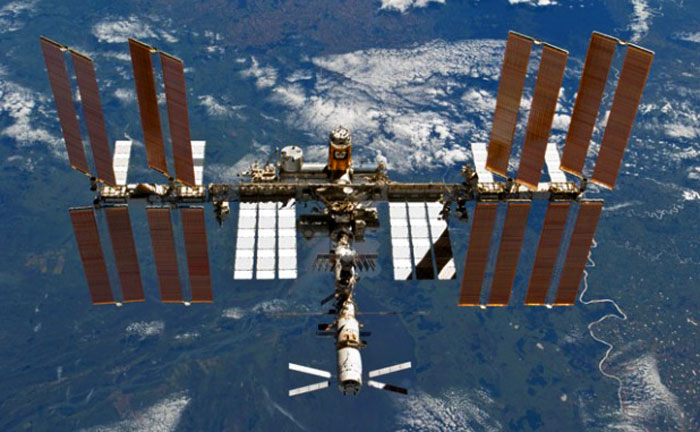 Japan’s third H-II Transfer Vehicle departed the International Space Station on Sept. 12 following a seven-week stay.
NASA and Japanese astronauts Joe Acaba and Akihiko Hoshide unberthed the 32-ft.-long spacecraft from the station’s U.S. segment Harmony module using the Canadian robot arm shortly before 7 a.m. EDT. The capsule was released at 11:50 a.m. EDT.
The automated resupply craft rendezvoused with the station on July 27, a week after its launching. The capsule was grappled and berthed by the station’s crew with the robot arm, providing 4.6 tons of food, clothing and research gear that included the first space aquarium for studies of bone and muscle loss in weightlessness using fish, a ground-controlled Earth observation camera for environmental studies and NASA’s external Space Communications and Navigation Testbed.
The unberthing was delayed by six days to accommodate an unplanned spacewalk by Hoshide and NASA astronaut Sunita Williams to replace the station’s Main Bus Switching Unit-1. The repairs were slowed by a jammed bolt. The HTV, which was loaded with trash before it departed, is scheduled for a destructive descent into the Earth’s atmosphere early Sept. 14.
Prior to its release, the capsule was equipped with Japan’s Re-entry Breakup Recorder, which will gather and transmit navigational, temperature and accelerometer data during the re-entry.
The Japan Aerospace Exploration Agency’s fourth  HTV resupply mission is scheduled to launch in June 2013.
Quelle: NASDA
-
NASA-TV-LIVE-Frams von HTV-III-Abdockmanöver
- 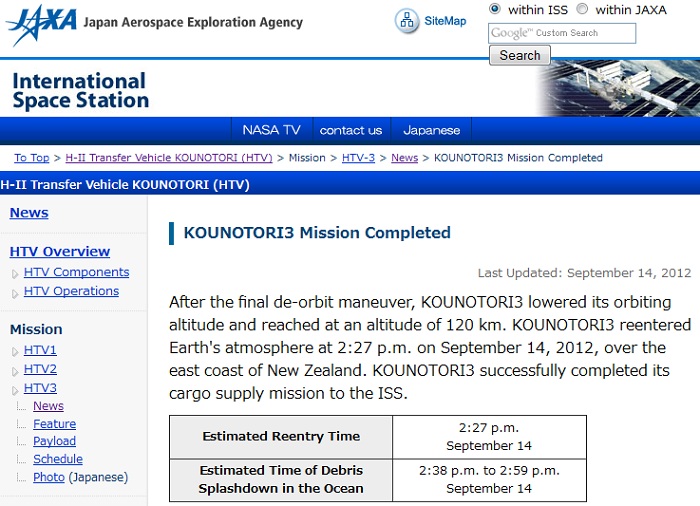