A rocket has lifted off in Japan in the country's first commercial launch of a foreign satellite — one from South Korea designed to monitor the environment.

The HII-A rocket lifted off from a remote southwestern Japan island carrying the South Korean satellite and three Japanese satellites.

Mitsubishi Heavy Industries, a private company in charge of HII-A rocket production since 2007, is hoping to compete with the U.S., Russia and Europe as a launch-vehicle provider. 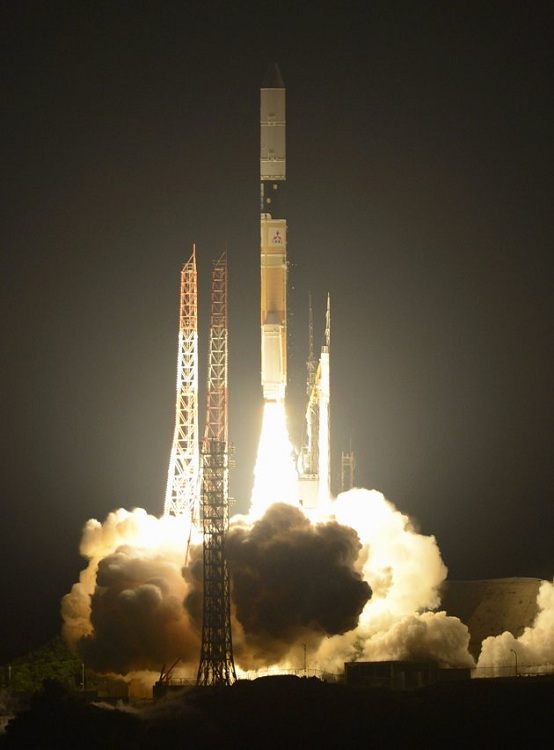 The Global Change Observation Mission 1st - Water "SHIZUKU" successfully deployed its onboard Advanced Microwave Scanning Radiometer 2 (AMSR), and the scene was shot by an onboard camera. The AMSR2 measures electromagnetic waves called microwaves emitted from nature such as the ground and ocean surface. It is an important sensor that observes water such as precipitation, vapor volume and the depth of snow.
« Zum vorherigen Eintrag Zum nächsten Eintrag »
4127 Views
Created with page4