The shadowy space plane has once again shattered its own mission-duration record. 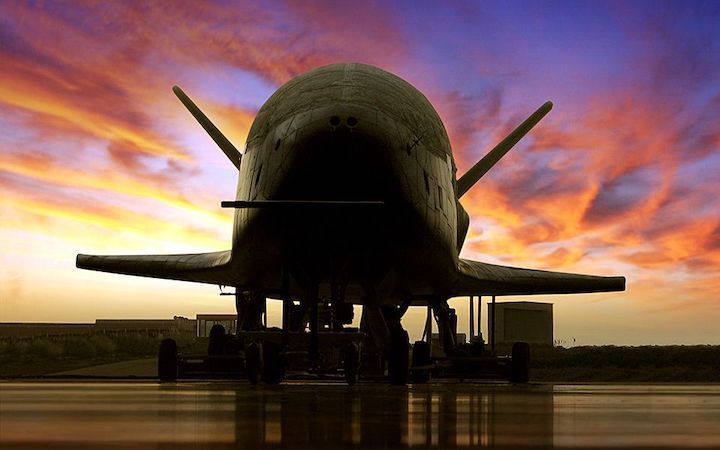 As of today (July 7), the X-37B has been in Earth orbit for 781 days, breaking its previous record of 780. The reusable vehicle designed and built by Boeing is currently flying on its sixth mission, known as Orbital Test Vehicle-6 or OTV-6, which launched on May 17, 2020.

Boeing Space announced the milestone today(opens in new tab) on Twitter, writing that the space plane "has set another endurance record — as it has on every mission since it first launched in 2010" while also thanking the U.S. Air Force, the U.S. Space Force, and other X-37B team members.

781 days and counting!The world's only reusable spaceplane, #X37B, has set another endurance record -- as it has on every mission since it first launched in 2010. Congratulations to the @USAirForce, @SpaceForceDOD and all our teammates who support X-37B! #SemperSupra pic.twitter.com/zzZAOG0Wa5July 7, 2022

The X-37B's current mission includes several classified payloads, but some of its on-board experiments have been made public. One such experiment deployed last year tested the U.S. Naval Research Laboratory's Photovoltaic Radio-frequency Antenna Module, or PRAM, a small pizza-box-sized device aimed at converting solar power into microwaves which can then be beamed back to Earth from orbit.

Other payloads launched on OTV-6 include the U.S. Air Force Academy-designed FalconSat-8 satellite(opens in new tab) that carries five experimental payloads itself, and two NASA experiments designed to test the effects of radiation on plant seeds and assess the effects of space on various materials.

At launch, the X-37B weighs 11,000 pounds (4,990 kilograms). The X-37B is designed to operate at a range of altitudes, anywhere from 150 to 500 miles (240 to 805 kilometers). The craft features fully automated de-orbit and landing capabilities and a fully electro-mechanical control system that eliminates the need for hydraulics. In a company fact sheet(opens in new tab), Boeing calls the X-37B "one of the world's newest and most advanced re-entry spacecraft."

While there are rumors or theories that the X-37B might be a testbed for orbital weapons or could be used to capture adversary satellites, experts doubt these claims, arguing that the plane is far too small and not maneuverable enough to be used for these roles. The space plane's chief role likely involves testing new sensor systems and other technologies in orbit, as US military officials have long claimed.

While OTV-6 just set a new duration record for the X-37B program, 781 days is far from the overall spaceflight mark. Many Earth-observation satellites operate for 10 or more years, for example, and NASA's Voyager 1 and Voyager 2 spacecraft are still alive in interstellar space, nearly 45 years after lifting off.