A green-tinged steady wave pattern can be seen in the dune-like aurora borealis event. The recently completed study supported an interpretation according to which the auroral form originates in the increased density of oxygen atoms in the wave guide.

A new auroral phenomenon discovered by Finnish researchers a year ago is probably caused by areas of increased oxygen atom density occurring in an atmospheric wave channel. The speculative explanation offered by the researchers gained support from a new study.

Observations made by University of Helsinki researchers increased the validity of a speculative mechanism according to which a type of aurora borealis named ‘dunes’ is born. In the new study, photographs of the phenomenon taken by an international group of hobbyists in Finland, Norway and Scotland were compared to concurrent satellite data. 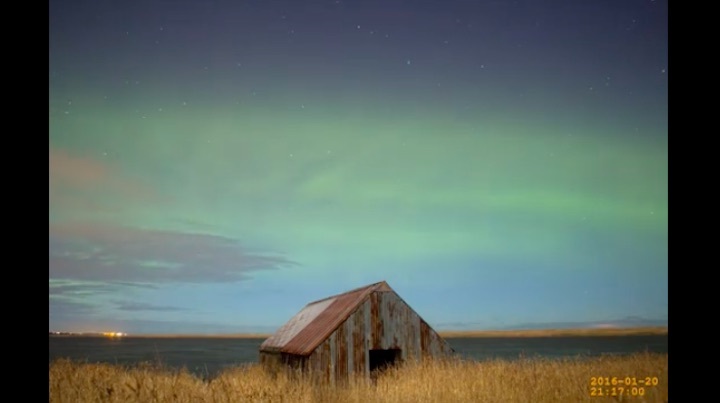 A time lapse video recorded by a Scottish aurora borealis hobbyist Grame Whipps was used to determine the speed of the phenomenon at over 200 m/s.

The rare type of aurora borealis was seen in the sky on 20 January 2016 and recorded in photos taken by several hobbyists.

“The dunes were seen for almost four hours in a very extensive area, with the pattern extending roughly 1,500 kilometres from east to west and some 400 kilometres from north to south,” says Postdoctoral Researcher Maxime Grandin from the Centre of Excellence in Research of Sustainable Space coordinated by the University of Helsinki.

Useful photographic and video material was collected in close cooperation with Finnish aurora borealis hobbyists, utilising both the internet and social media. Among other things, a time lapse video shot on the night in question by a Scottish hobbyist was found. The video was used to estimate the dunes’ propagation speed at over 200 m/s.

The study was published in the esteemed AGU Advances journal.

Northern Lights are born when charged particles ejected by the Sun, such as electrons, collide with oxygen atoms and nitrogen molecules in Earth’s atmosphere. The collision momentarily excites the atmospheric species, and this excitation is released in the form of light.

New types of aurora borealis are rarely discovered. The identification of this new auroral form last year was the result of an exceptional collaboration between hobbyists who provided observations and researchers who started looking into the matter.

The new auroral form named dunes is relatively rare, and its presumed origin is peculiar.

“The differences in brightness within the dune waves appear to be caused by the increased density of atmospheric oxygen atoms,” says Professor Minna Palmroth.

A year ago, researchers at the Centre of Excellence in Research of Sustainable Space concluded that the dune-like shape of the new auroral emission type could be caused by concentrations of atmospheric oxygen. This increased density of oxygen atoms is assumed to be brought about by an atmospheric wave known as a mesospheric bore travelling horizontally within a wave guide established in the upper atmosphere.

This rare wave guide is created in between the boundary of the atmospheric layer known as the mesosphere, which is called the mesopause, and an inversion layer that is intermittently formed below the mesopause. This enables waves of a certain wavelength to travel long distances through the channel without subsiding.

The electron precipitation and temperature observations made in the recently published study supported the interpretations of the dunes’ origins made a year earlier. An independent observation was made of the wave channel appearing in the area of the dunes, but there are no observation data for the mesospheric bore itself yet.

“Next, we will be looking for observations of the mesospheric bore in the wave guide,” Maxime Grandin says.

According to the observation data, electron precipitation occurred in the area where the dunes appeared on 20 January 2016. Therefore, it is highly likely that electrons having the appropriate energy to bring about auroral emissions at an altitude of roughly 100 kilometres were involved. The observations were collected by the SSUSI instrument carried by a DMSP satellite, which measures, among other things, electron precipitation.

On the night in question, there was an exceptionally strong temperature inversion layer in the mesosphere, or a barrier generated by layers of air with different temperatures. The inversion layer associated with the origins of the wave channel was measured with the SABER instrument carried by the TIMED satellite. The observation supports the hypothesis according to which the auroral form originates in areas of increased oxygen density occurring in the upper atmosphere wave guide. 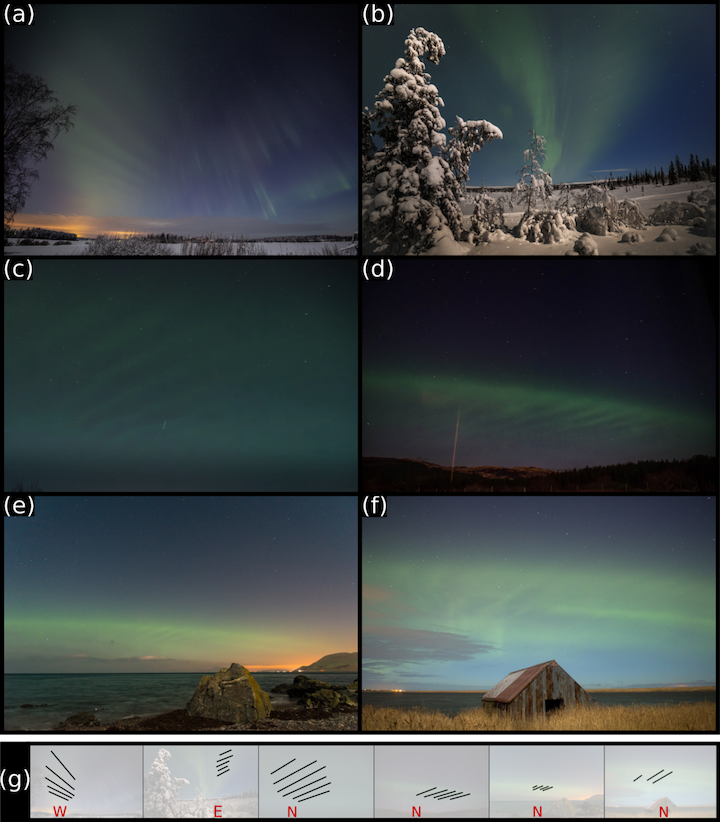