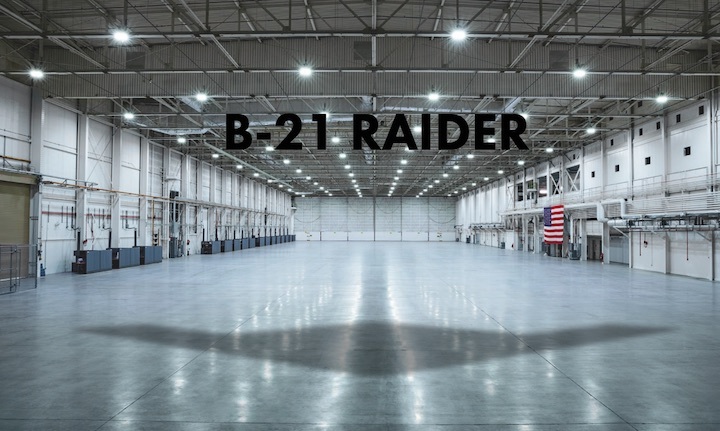 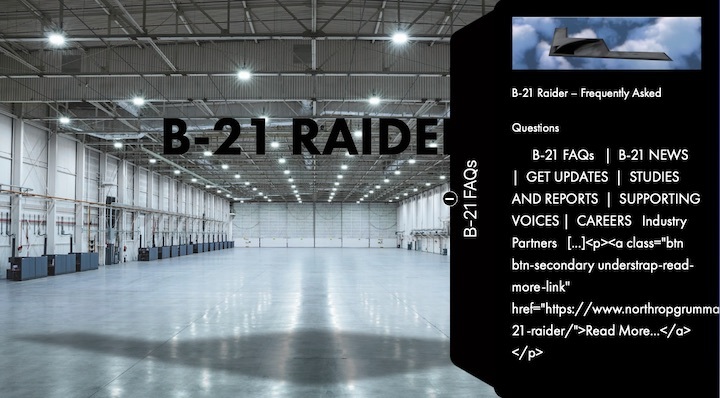 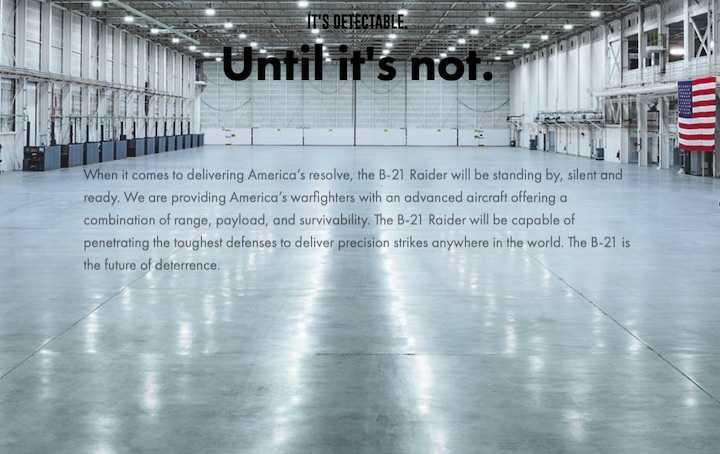 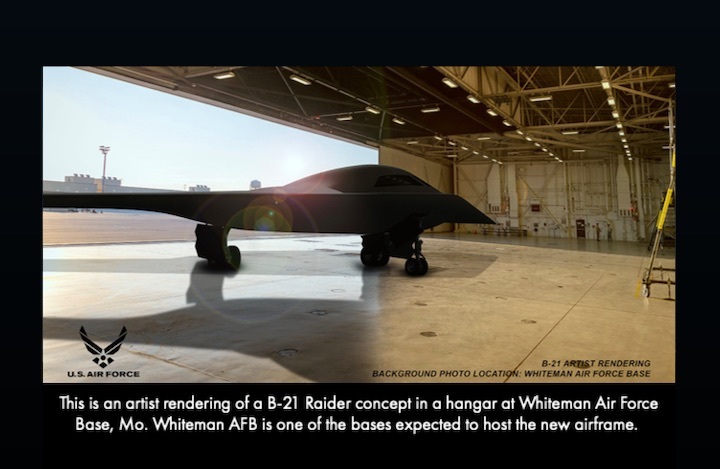 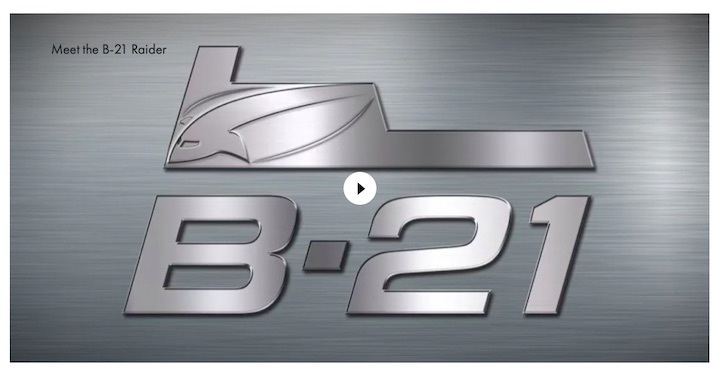 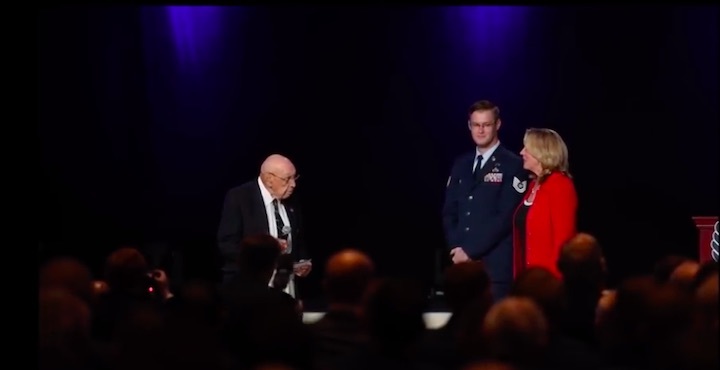 Second B-21 Under Construction as Bomber Moves Toward First Flight 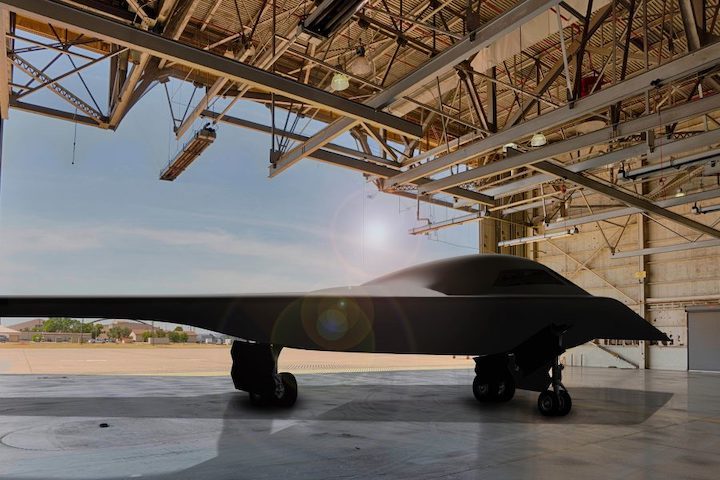 Artist rendering of a B-21 Raider concept in a hangar at Dyess Air Force Base, Texas, one of the future bases to host the new airframe. Photo: Courtesy of Northrop Grumman via USAF.

Production of a second B-21 stealth bomber is underway at Northrop Grumman’s facility in Palmdale, Calif., while the first Raider is expected to roll out in early 2022 and fly in the middle of that year, according to Randall Walden, director of the Air Force Rapid Capabilities Office.

The Air Force predicted it could fly the secretive B-21 for the first time in December 2021. But in an exclusive interview with Air Force Magazine, Walden said that forecast was always a best-case scenario, and that first flight in mid-2022 is now a “good bet.”

The first Raider hasn’t yet reached final assembly, he said, but is “really starting to look like a bomber.” A second plane, now moving down the production line, will allow the Air Force to vet the airframe, Walden said.

“The second one is really more about structures, and the overall structural capability,” he explained. “We’ll go in and bend it, we’ll test it to its limits, make sure that the design and the manufacturing and the production line make sense.”

Lt. Gen. James C. Dawkins, Jr., deputy chief of staff for strategic deterrence and nuclear integration, said Jan. 14 that the B-21 will be available for service around 2026 or 2027. According to the Congressional Budget Office in 2018, the Air Force estimated the cost of developing and buying the first 100 aircraft at $80 billion in 2016 dollars.

The bomber leg of the nuclear triad is comprised of “B-52s and B-2s, and in another six or seven years, the B-21,” Dawkins said during a Heritage Foundation event on the nuclear-tipped Long-Range Standoff Weapon.

Lessons learned from producing the first airplane are being applied to the second, Walden said. That work is progressing “much faster” as workers figure out how to build the airplane in real life, rather than operating off of a blueprint’s assumptions. The team is creating more space for test aircraft as the two bombers come together, he added.

“It’s looking pretty good,” Walden said. “We’re very pleased with the … very high percentages of efficiency” in building the second aircraft, “as compared to No. 1.”

First flight will only happen after elaborate coordination with Northrop Grumman, major suppliers, and the test community to ensure “that we are ready to go,” Walden said.

“Just like any aircraft program, there’s going to be surprises” during engine runs and other prep work that could affect first flight, he said. “We will correct those as it makes sense.”

Program officials are trying to mitigate the coronavirus pandemic’s effects on the aerospace industry before they can drastically affect the B-21’s progress.

“Suppliers across the country are actively delivering parts to Palmdale and we’re doing what we can to help in that regard,” Walden said. The program is closely working with the supply base to ensure slower parts delivery don’t delay the airplanes at the same rate.

“It seems to be working quite well,” he said.

Spirit Aviation of Wichita, Kan., which supplies aerostructures on the B-21, shifted workers from Boeing’s 737 branch to the B-21 at the program’s request. That bolstered the B-21 effort by repurposing Boeing 737 MAX workers who otherwise would have been laid off, Walden said.

Orders for the MAX have dried up in the aftermath of that airplane’s two deadly crashes and the steep dropoff in air travel during the pandemic.

“The pandemic has slowed us in certain areas, but I think we have compensated,” Walden said. “I don’t think we’ve got significant delays to … first flight.”

Delays on the production line “will be mitigated,” he added, and any changes to the 2022 timeline will be communicated to Pentagon and congressional leadership. He believes the Air Force may bring more details about the bomber to light as its debut flight nears.

Walden also said the program is reducing risk by using a business-class jet as an avionics testbed, working out hardware and software kinks before transferring them to the B-21. Randall said it was analogous to Lockheed Martin’s Cooperative Avionics Testbed aircraft—nicknamed CATbird.

“We’re getting a lot of good feedback” from this effort, Walden said. The business jet is flying “real B-21 software” and helping illustrate how sensors and code will be added into the bomber test fleet.

“In the last few months, we did another successful end-to-end demonstration to further mature that hardware and software, and it’s working quite well,” Walden said. “We’re working not only in the flight test activities, but also working with the government test infrastructure to make sure that what we’re doing, from a system integration point of view, makes sense.”

“We’re preparing ourselves not just for first flight, but ultimately, the subsystem testing that will be required during those flight test phases,” he added.

Hardware and software will be vetted on the ground and in the air, and the bomber development team has “a lot of confidence” about powering up the first aircraft for its maiden voyage thanks to the risk-reduction efforts, Walden said.

As ranking member on the House Armed Services seapower and projection forces subcommittee, Rep. Rob Wittman (R-Va.) is one lawmaker tasked with oversight of the multibillion-dollar program that is among the Pentagon’s top acquisition priorities to counter other advanced militaries. In 2018, Wittman said the B-21 was experiencing thrust issues related to the bomber’s inlet and serpentine ducting.

Those issues were fixed, Walden said.

“Overall, what Congressman Wittman did bring up was an example of one of those ‘surprises,’” Walden said. “We made that work.”

He declined to discuss the technical details of the problem, but said the fix “required some … basic changes to the design, of which we have a good understanding today through ground testing and engine testing.”

“It looks like we have solved it and we are moving forward with that final design,” Walden said.

Raytheon Technologies’s acquisition of engine maker Pratt & Whitney hasn’t caused hiccups for the B-21, and the change has been transparent, he noted.

Walden also reported that the beddown program is going well, saying a recent industry day at Ellsworth AFB, S.D., to discuss military construction and other support projects was a success.

The Air Force plans to spend about $300 million on military construction projects for the B-21 in fiscal 2022, Walden said, and $1 billion over five years. The service requested $2.8 billion for the plane’s research and development in fiscal 2021 alone, though the price tag is still evolving.