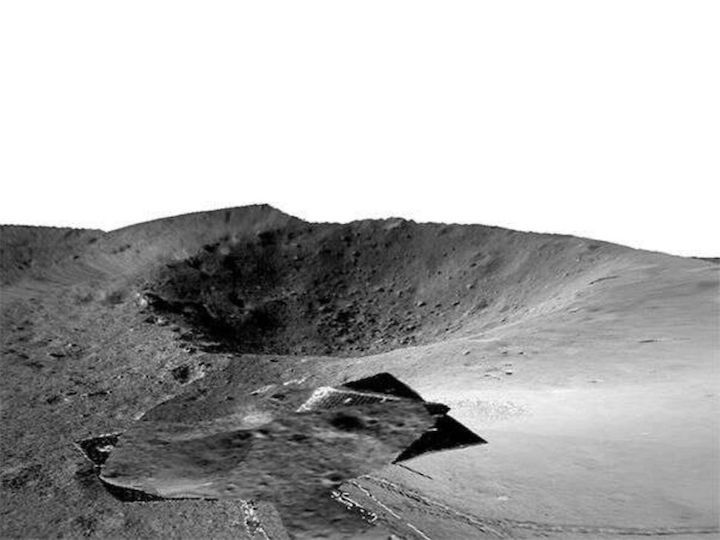 A 3D view of nearby lunar terrain created with software and images from Yutu 2.
(Image: © CLEP)

China's Chang'e 4 moon rover has been snapping new images highlighting the spacecraft's travels and discoveries on the lunar far side.

The Chang'e 4 mission, which consists of a lander and a rover, began its 24th lunar day in Von Kármán Crater on Nov. 9, having made the first-ever touchdown on the far side of the moon on Jan. 3, 2019. (One lunar day is about two weeks' time on Earth.)

Accompanying the drive diary are a host of stunning new photographs, including a panoramic image that shows a large crater amid a desolate landscape and the distant rim of Von Kármán Crater.

Yutu 2 was not able to approach a rock specimen identified during the previous lunar day as an interesting target. It instead analyzed a rock specimen near the large crater using its spectrometer. The rover has used that instrument to analyze a range of specimens in Von Kármán Crater, notably causing a stir when it discovered an impact-melt breccia initially described in Chinese as "gel-like."

Other images detail the routes carefully planned by the Yutu 2 drive team as they navigate between numerous craters that could ensnare the rover as it makes its way to the northwest of the Chang'e 4 lander. The team have started using software to produce 3D mapping to help plot the rover's journey. 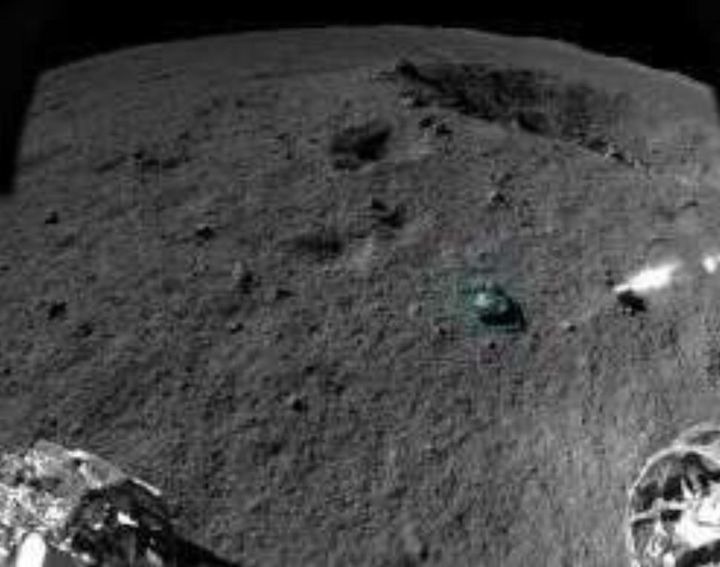 The China National Space Administration also released a superb high-resolution panorama taken by Yutu 2 while still close to the lander.

The Chang'e 4 lander and Yutu 2 rover had design lifetimes of one year and three months respectively. However, the pair are still going strong with all science payloads functioning well, according to the administration. So far the spacecraft have survived 23 lunar days and nights on the far side of the moon, or more than 670 Earth days. 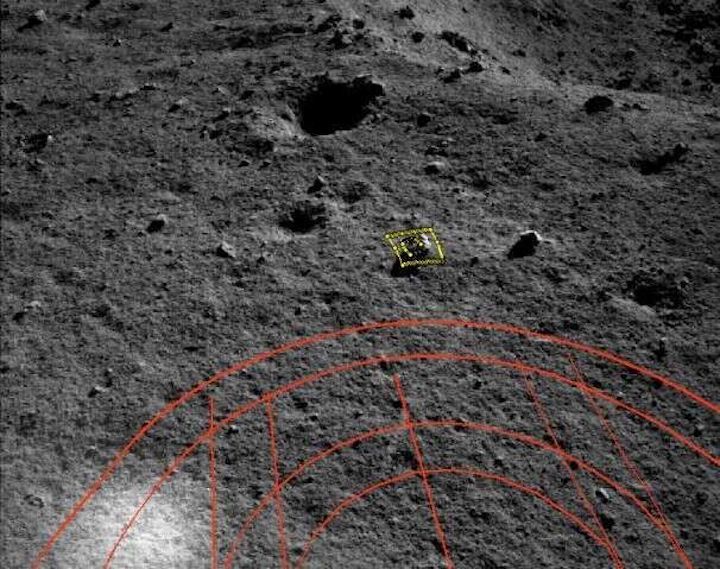 A navigation camera image from Yutu 2 showing a targeted rock in yellow and route planning in red.

A panoramic image focused on a large crater near Yutu 2.

A map showing Yutu 2's drive route across 23 lunar days and the location of the Chang'e 4 lander.

China is planning to launch its next lunar mission, Chang'e 5, later this month. The mission aims to land on the near side of the moon, collect around 4.4 lbs. (2 kilograms) of rocks and regolith samples and deliver them to Earth.

Footage: Chang’e-4 making soft landing on the Moon’s far side 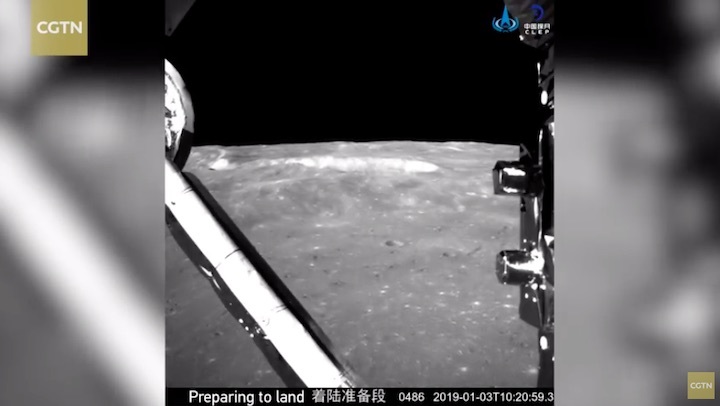 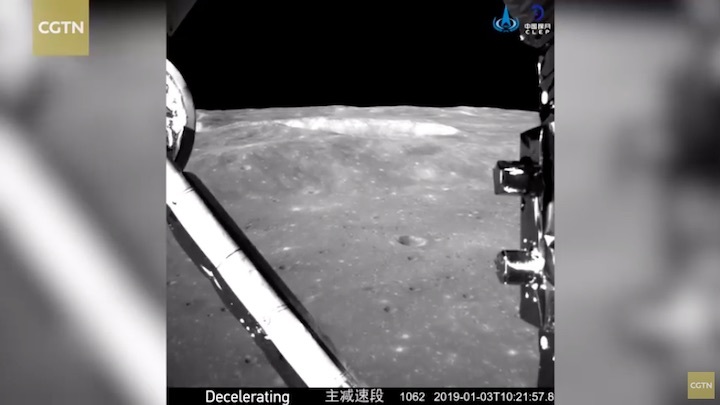 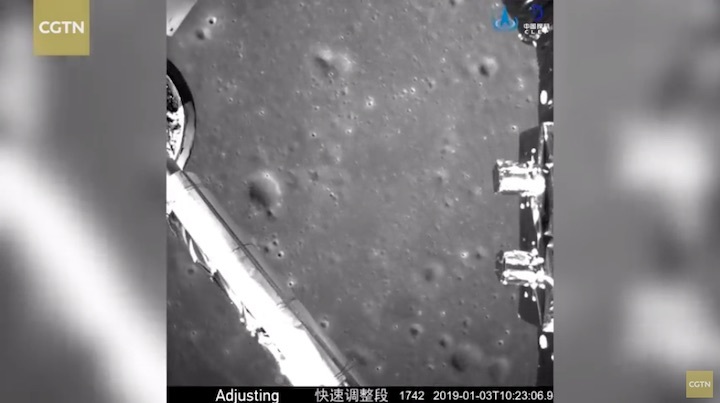 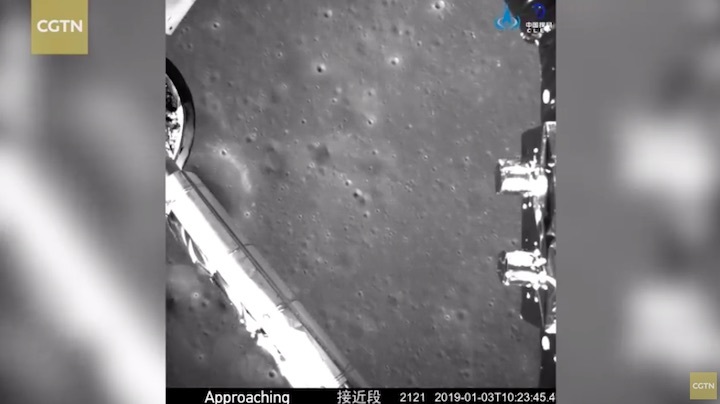 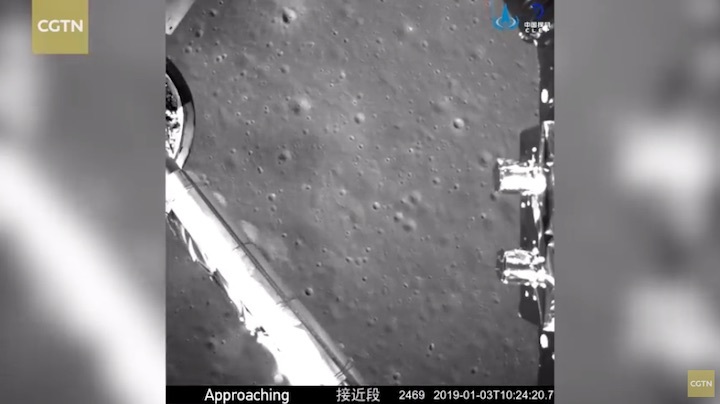 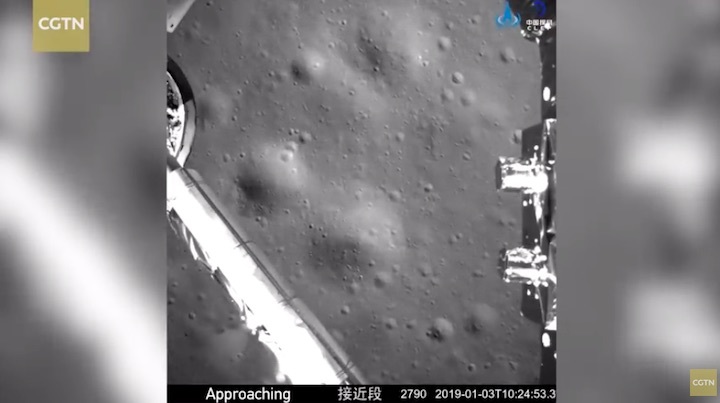 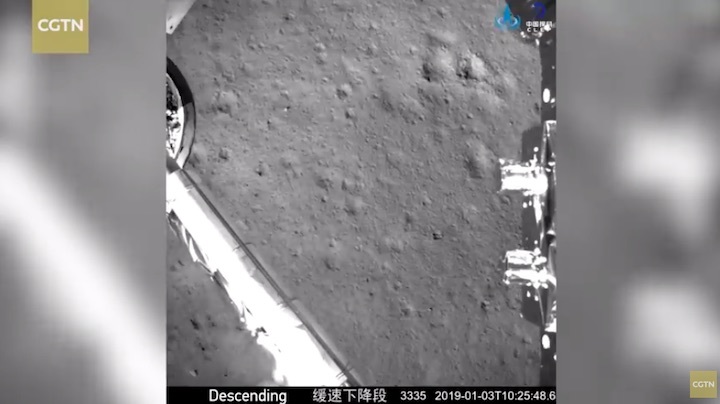 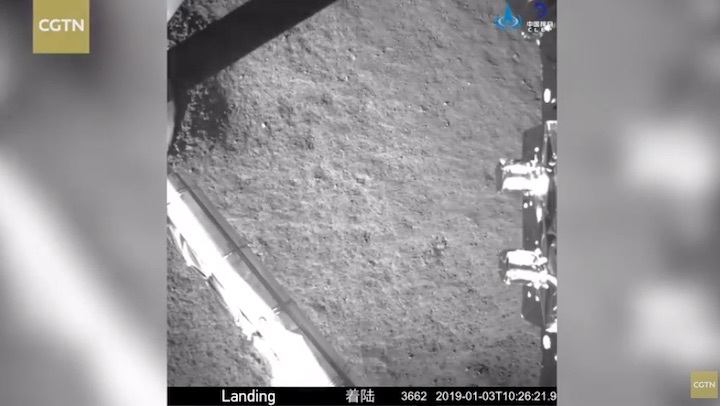 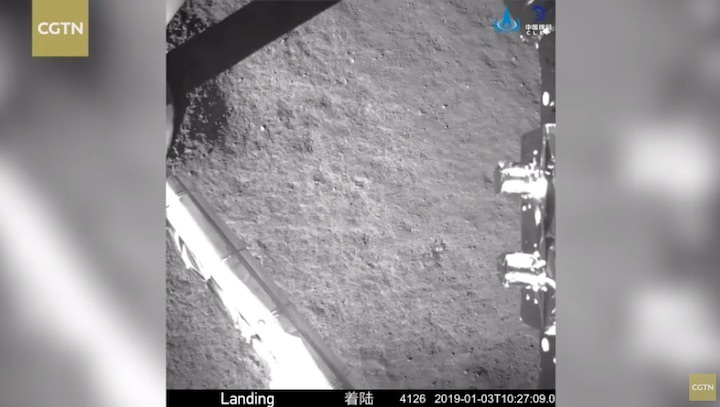 China National Space Administration released a video of Chang’e-4 making its soft landing on the Moon’s far side. Take a look.:

China's lunar rover travels about 600 meters on moon's far side

China's lunar rover Yutu-2, or Jade Rabbit-2, has survived 719 Earth days and traveled 600.55 meters on the far side of the moon as of Tuesday.

Both the lander and the rover of the Chang'e-4 probe have ended their work for the 25th lunar day, and switched to the dormant mode for the lunar night due to the lack of solar power, according to the Lunar Exploration and Space Program Center of the China National Space Administration. Enditem

The lander and rover of the Chang'e-4 probe have resumed work for the 26th lunar day on the far side of the moon.

The lander woke up at 3:13 a.m. on Friday (Beijing time), and the rover Yutu-2, or Jade Rabbit-2, woke up at 10:29 a.m. on Thursday, according to the Lunar Exploration and Space Program Center of the China National Space Administration.

During the 26th lunar day, Yutu-2 will move northwest toward the basalt area or the impact craters with high reflectivity.

Yutu-2 will take panoramic photos, and its infrared imaging spectrometer, neutral atom detector and lunar radar will continue to carry out scientific explorations. Research teams will analyze the detection data and release the scientific results. Enditem