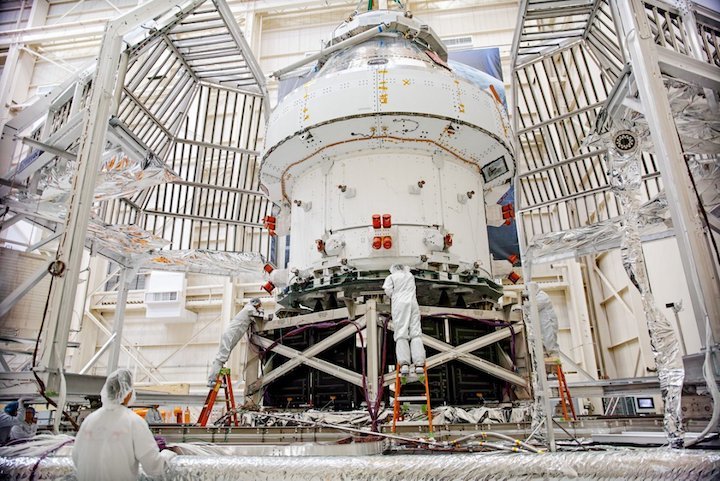 Two days before SpaceX launched its first operational mission with four astronauts onboard, Suni Williams, who is training to be the commander of Boeing's second crewed mission, wished her colleagues well with just a tinge of longing.

“It’s just gonna be awesome to see them get to the International Space Station and be up there working for the next six months. I’m specifically looking forward to seeing them live up there because our crew, my crew is gonna be the complementary crew on the Boeing Starliner.”

Williams has at least another year to wait until it’s her turn.

NASA estimates Boeing won't be ready for a second attempt of an uncrewed test flight until the first quarter of 2021, with the start of operational crewed flights possibly late next year.

Boeing and SpaceX had been neck-in-neck developing and testing the companies' respective spacecraft for NASA’s Commercial Crew Program, since being chosen by NASA in 2014 to build spacecraft capable of bringing humans to the ISS.

But software problems caused Boeing's Starliner to miss docking with the space station during its first orbital flight test in December 2019.

In a move that signals Boeing's need to strengthen its technical team, the company hired former SpaceX software lead Jinnah Hosein earlier this month. Hosein comes to the table with experience that could be especially helpful with Starliner.

At SpaceX, Hosein led the software development for Falcon, Falcon Heavy, Dragon and and Crew Dragon.  Hosein, now VP of Software Engineering at Boeing, will focus on software across the entire company.

Richard Aboulafia, an aviation and aerospace analyst at Teal Group, thinks this hire is an important step to get Boeing back on track.

"There's just been a de-prioritization of technical and engineering skills and indeed a disempowerment of the technical people they have, so it was welcome news," Aboulafia told FLORIDA TODAY.

Steve Stich, NASA's manager of the commercial crew program, reiterated that they are focused on fixing the software issues.

“We’ve been working hand-in-hand with Boeing. They have done a tremendous amount of work on their vehicle. They continue to process that vehicle for OFT. The pacing item really is getting the software ready to go," Stich said on a call with reporters.

In addition to Starliner, the space division is also dealing with a criminal investigation into claims the company used insider information to bid on a NASA lunar lander contract.

Boeing is also still reeling from the 737 max disasters. Analysts estimate the program losses range from $20 billion to $25 billion. After 20 months of being grounded, the FAA cleared Boeing to resume 737 Max passenger service on Nov. 18, but Aboulafia says it will take a year or two before the company is cash flow positive.

"It's an awful lot of debt they've taken on and it's gonna be awhile before the picture changes," Aboulafia said.

Despite their financial woes, Boeing is paying out of pocket for the new orbital flight  “because of its commitment to safety and quality." The company announced in January that it had budgeted $410 million for another test flight.

To make up some lost time, Boeing is upgrading the Starliner spacecraft now to be ready for humans. The vehicle used in the upcoming test flight will be the same one used for William’s crewed flight.

If all goes well with the test flight in early 2021, Williams said the first crewed flight with astronauts Barry Wilmore, Nicole Mann and Michael Fincke will hopefully be in the springtime, which would put Williams’ crewed flight at the end of 2021.

“We also have to worry about what ports are open on the space station. It’s getting a little crowded in space and that’s a really good thing and we’re just gonna have to work into the schedule,” Williams said.

She’s not kidding. SpaceX says over the next 15 months it will fly eight cargo and Crew Dragon missions.

Boeing continues to process the Starliner vehicles at its facility on Kennedy Space Center.

“We’re making sure all the T’s are crossed and the I’s are dotted," Williams said.