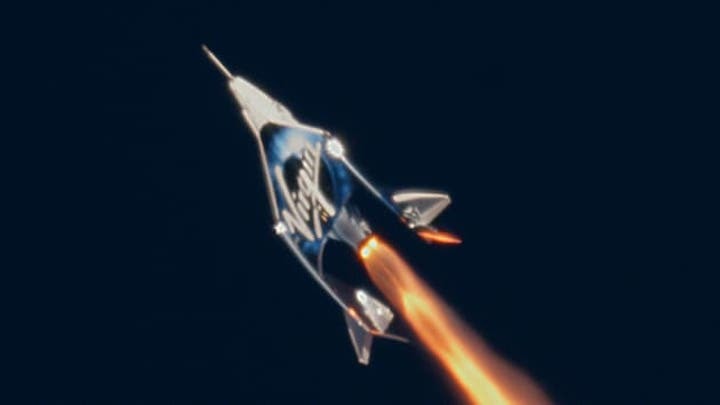 Space tourism venture Virgin Galactic on Wednesday said it remains on track to conduct its next test spaceflight in the coming weeks.

“We expect our first spaceflight from Spaceport America to occur later this fall and we are pleased to confirm that we are still on track to meet this timeframe,” the company said in a blog post.

Virgin Galactic last month said in an FCC filing that the window for the next spaceflight was planned to open on Oct. 22, with test flights of the spacecraft’s carrier aircraft scheduled for Oct. 1 and Oct. 7. The company clarified on Wednesday that, “although preparations are going well, we are not quite at the stage where we can confirm specific planned flight dates for either” the test flights or spaceflight. Virgin Galactic said that it “will share updates for launch dates closer to the launch window being confirmed.”

Shares of Virgin Galactic were down about 3% in midday trading from its previous close of $21.81 before the announcement.

This will be the first of two spaceflights that the space tourism company has planned to complete testing of its SpaceShipTwo spacecraft system and should have just two test pilots on board. Virgin Galactic said last month that the second test spaceflight will then have four “mission specialists” inside the cabin. If both test flights succeed, Virgin Galactic expects to fly founder Sir Richard Branson in the first quarter of 2021 – a milestone that will mark the beginning of the company’s commercial tourism service.

Additionally, the next spaceflight will be its first from the company’s operating base at Spaceport America in New Mexico. It will also be Virgin Galactic’s first spaceflight since February 2019, when the company launched chief astronauts trainer Beth Moses as the spacecraft’s first test passenger.

The Southwest Research Institute also announced on Wednesday that planetary scientist Dr. Alan Stern will be one of the first to fly on a yet-to-be-scheduled Virgin Galactic mission, accompanying a payload of NASA-funded science experiments.

“This is the first selection of a private-sector researcher to fly with NASA funding on commercial vehicles,” Stern said in a statement. “Going to work in space myself for the first time after having spent so many years sending machines there to do the research for me is going to be a major career highlight, and something I am honored to be selected for.”

Virgin Galactic Michael Colglazier said in a statement to CNBC that he is “excited to see NASA has embraced the ‘human-tended’ market through its successful Flight Opportunities Program, and we have strong evidence of the global demand for suborbital research flight, reflected in our recently signed contract with the Italian Air Force.”

“The announcement made today by NASA and the Southwest Research Institute is the beginning of a new and bigger opportunity for the role of suborbital spaceflight in space-based research,” Colglazier added.