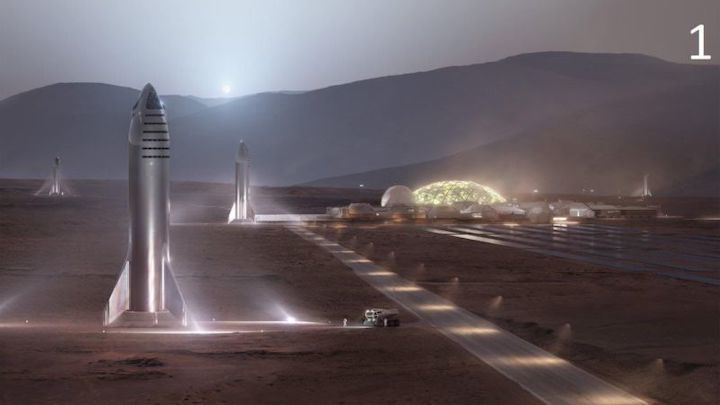 If one wants to have Starships on Mars, one first has to refuel them in Earth orbit.

NASA has reached an agreement with 14 US companies to develop technologies that will enable future modes of exploration in space and on the surface of the Moon. NASA says the value of these awards for "Tipping Point" technologies is more than $370 million.

With these awards, the space agency is leaning heavily into technologies related to the collection, storage, and transfer of cryogenic propellants in space. Four of the awards, totaling more than $250 million, will go to companies specifically for "cryogenic fluid management" tech demonstrations:

These awards are notable because, for much of the last decade, the agency has been hesitant to invest in technologies that will enable the handling of cold propellant in space. The official reason given for this reluctance has been that the technology of creating propellant "depots," and transferring liquid hydrogen and oxygen to and from these depots, was deemed not ready for prime time. But there were political reasons as well.

The reality is that creating in-space fueling technologies enables a new paradigm for spaceflight. It allows for the refueling of a rocket's second stage for multiple uses, enables reusable "tugs" that can move back and forth between the Earth and Moon, and allows smaller rockets to play a larger role in exploration programs. All of this undermines the need for a very large, expensive rocket like the Space Launch System that Congress directed NASA to build.

Of the four new awards, the two most notable are the ones going to United Launch Alliance (ULA) and SpaceX. ULA has been interested in cryo-storage technology for years, having done some research on its own about a decade ago, and was preparing for in-space tests on propellent depots. Then, in 2011, one of ULA's co-owners, Boeing, won a contract to build the core stage of the Space Launch System rocket. Internal work on this depot technology largely stopped.

"We were banned from even saying the 'd' word out loud," said George Sowers, who led advanced programs for ULA at the time. "Sad part is that ULA did a lot of pathfinding work in that area and could have owned the refueling/depot market, enriching Boeing (and Lockheed) in the process. But it was shut down because it threatened SLS."

Meanwhile, SpaceX is building the large Starship launch system, which would be more capable than NASA's SLS rocket. However, to unlock the potential of Starship, SpaceX must first understand how to transfer liquid oxygen and methane in Earth orbit. A little more than a year ago, NASA took a significant step when it agreed to work with SpaceX on orbital refueling technology. But under this Space Act Agreement, no funds were transferred.

Now the space agency is stepping up with financial support for ideas that it thinks will help turbocharge its efforts to send increasing numbers of humans to the Moon in the 2020s. In announcing the awards, NASA Administrator Jim Bridenstine said the agency was going to "American companies that have an interest in going to the surface of the Moon and have an interest in exploring space in new and unique ways." NASA, it seems, is now interested in this as well.
Quelle: arsTechnica
Raumfahrt - NASA makes a significant investment in on-orbit spacecraft refueling In-space fueling technologies enable a new paradigm for spaceflight.
« Zum vorherigen Eintrag Zum nächsten Eintrag »
147 Views
Created with page4