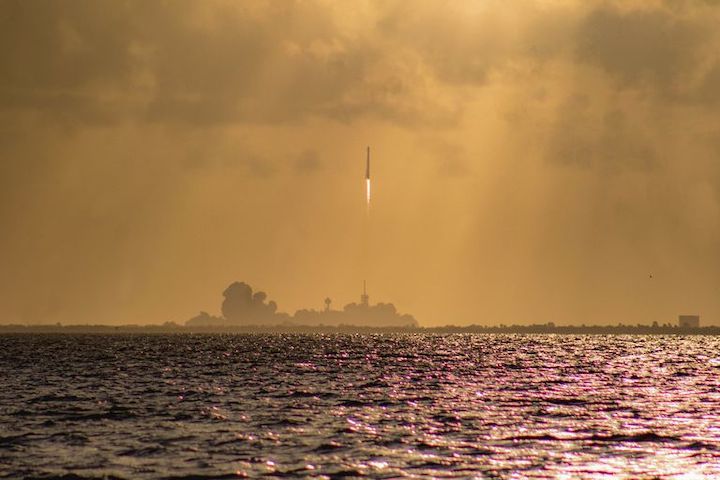 The Pentagon's Transportation Command and Elon Musk's SpaceX are teaming up to examine using rockets to ship cargo through space. The plan raises the prospect of sending urgently needed supplies to U.S. troops anywhere on Earth, within minutes. While the idea is technically feasible, there are several factors, including cost and preparation time, that could make it unworkable.

A rocket ship blasting off from Vandenberg Air Force Base in Southern California could theoretically enter low-Earth orbit and reenter the atmosphere pretty much anywhere on the planet.

Rocket travel would have staggering implications for military transportation. A C-17 Globemaster III heavy transport flying at 500 miles per hour, for example, takes 12 hours to get from California to Okinawa, Japan—an island practically on China’s doorstep. A rocket, however, could make the trip in 30 minutes or less.

Rockets don’t need a chain of aerial refueling tankers supporting a mission, nor do they need permission to fly over foreign countries along a lengthy, winding flight route. Rockets are—for now, anyway—safe and secure, with no country capable of shooting them down along most conceivable routes.

“Think about moving the equivalent of a C-17 payload anywhere on the globe in less than an hour,” Gen. Stephen R. Lyons, the head of Transportation Command, told Air Force magazine. Lyons is likely referring to SpaceX’s Starship rocket. A massive, 160-foot-tall rocket, SpaceX developed Starship to transport people and cargo to the moon, Mars, and possibly beyond. It could also make quick hops across Earth. Starship can carry 100 tons of cargo, while the C-17 aircraft can carry 85 tons.

There are two possible modes of transport being examined. One involves a straightforward flight from a space base in the continental U.S. abroad. The second involves prepositioning supplies in orbit on a spacecraft that could quickly de-orbit and land when necessary. Both could deliver goods in about an hour or less.

This content is imported from {embed-name}. You may be able to find the same content in another format, or you may be able to find more information, at their web site.
Could it work? There’s nothing to suggest it won’t. SpaceX has launched close to 100 rockets so far, with just two full or partial failures. Equally important in a resupply mission is a successful landing, and the company is compiling a fairly successful record in that respect. The technical considerations of military cargo mission aren't the dealbreakers, especially considering that other, Earthbound attempts to get cargo to U.S. forces could be intercepted by an adversary.

One problem associated with space travel is time. While the actual space flight might take only 30 minutes, a space transportation mission could take days, weeks, or even months to prepare. A rocket must be prepped for space flight, a process that includes erecting it at the launch pad, fueling the rocket, and installing the cargo payload.

Rockets can also only be launched in relatively good weather; poor conditions can cause up to week-long delays. So a trip advertised as taking less than an hour would require considerably longer to prepare. Storing cargo aboard satellites would ensure rapid response, but the trick would be lofting the right supplies into orbit ahead of time. 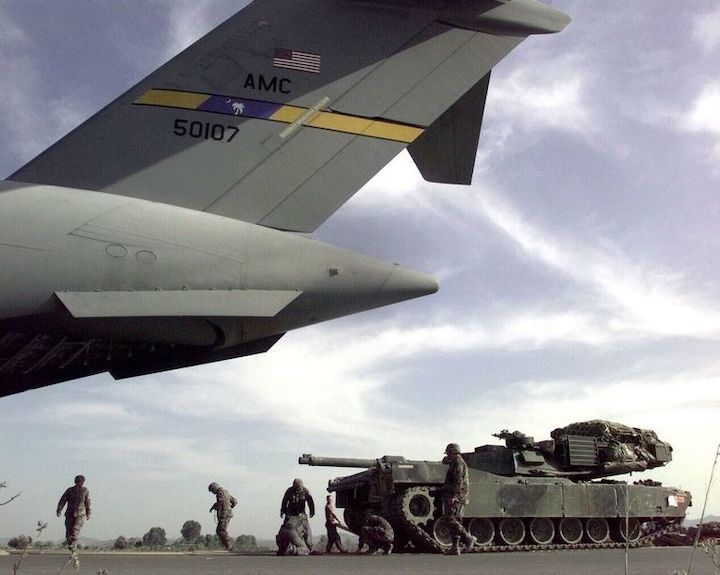 While a C-17 has a rear cargo ramp to load and offload gear, the Pentagon would have to work out a means of offloading rockets at its various bases around the world.
DODGETTY IMAGES

And then there's the biggest problem with which military space transportation must contend: the sheer cost.

A SpaceX Falcon 9 spacecraft capable of carrying 25 tons costs $28 million to launch. SpaceX estimates the Starship rocket could cost as little as $2 million per launch. On the other hand, a 12-hour flight from California to Japan in a C-17 Globemaster III costs $312,000, a cost that doubles if the airplane flies home to fetch more equipment.

There’s also the cost of an aerial refueling tanker like the KC-135 Stratotanker to support the mission. Even by the best estimates, rocket transport easily costs four times as much as sending the same cargo by aircraft.

Still, cost isn't everything, especially when the bullets are flying. If an island like Okinawa, home to 30,000 U.S. military personnel, is under blockade by the People’s Liberation Army, rockets could be the only way to get supplies to the troops.

While space transport is still much too expensive to become a peacetime military activity, if Transportation Command and SpaceX work up a plan to quickly ready and launch a cargo rocket, it could become a useful alternative during wartime.